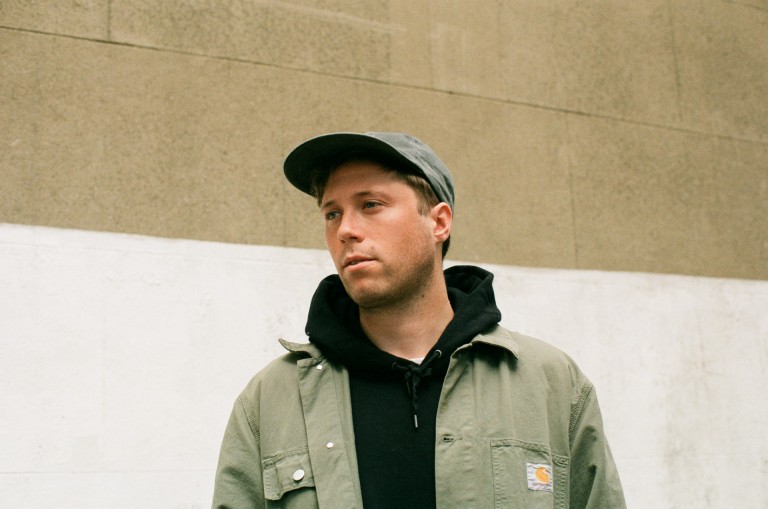 After the release of a host of singles last year, MAX RAD treats us to a brand new EP titled ‘Point Me In The Right Direction‘. The EP is an in-depth and personal exploration of emotion, wrapped up in MAX’s signature atmospheric, beautifully crafted electronic production, packing a powerful punch. The Gloucestershire native swings between lively, infectious choruses and questioning verses, bridging the gap between alt-pop and pure poetry. We caught up with him to chat to him about his inspirations and how it feels to be bouncing back from the pandemic.

Your new EP is entitled ‘Point Me In The Right Direction’, what made you choose that name for your EP and do you think that making music has aided you to discover more about your choice of path in life?

It felt like the right thing to do, the EP was written in an interesting time – we were in and out of lockdowns and everything was feeling quite unknown. The title shows that mixture of uncertainty but hopeful positivity for better things to come, which is a theme that the EP centres around. I think music for me is like a commentary on what is going on in my life, it is definitely reflective, the songs often feel like snap shots in time and I think processing that sort of stuff through writing does help me, yeah.

The new EP has some diverse sounds, with distinctly groovy undertones to the tracks ‘Roll Out’ and ‘Blud Sugar’, what artists/eras inspired you the most whilst making this record?

I think what really interests me the most is the combination of music that you could dance to but still have a deep lyrical message or feeling at their core. That combination of a focus on the words and the melody, with something quite funky / beat driven , that’s what I love making, so unintentionally, the songs kind of come out that way I think. I am really inspired by bands like ESG, Funkadelic, Talking Heads and then a lot of electronic music, Jon Hopkins, Four Tet and Bicep, also a lot of Nigerian Funk Music but then the more singer-songwriter records have a pretty heavy rotation at home for me, albums like Pink Moon by Nick Drake or Joni Mitchell, Bob Dylan, Paul Simon.

What’s the songwriting process like for you as both a producer and songwriter?

The writing and the production mostly start together, and I’ll have a base that I feel excited about, like a loop or a section of something like a verse idea or a chorus, and then I’ll take the song away and write it on a guitar or a piano, to make sure it works on it’s own, stripped back. Then I’ll record vocals and finish the production. Sometimes, with something like ‘Moonshine’, that was written on guitar and felt very folky, and I then produced the track around the vocal so it fitted in with my other stuff, that was really fun as I don’t normally do that!

You’ve been releasing music for several years now with three EPs on streaming services, can you see yourself releasing an album at some point in the future?

For sure! I absolutely love albums. This EP is actually the first half of a record, that I’m just drip feeding out over time, because at the level I’m at right now, that’s what you kind of have to do in order to get the songs to the most amount of people you can….it’s all about singles, these days. Sadly, but I get it, people don’t really have the attention span to listen to a whole record. But I still consume music that way! Always put on albums rather than playlists!

What are you most excited for this year now that live music is back in full force?

I’ve been lucky enough to do a small UK Tour already, playing a couple of shows and then getting COVID immediately afterwards! Being bed bound for the week after wasn’t great but it was totally worth it. The shows were incredible. I’m on tour with Low Island, who are an amazing band from Oxford that I’m very fortunate to be supporting, so I can’t wait for that. That starts next week. Then I have a few festivals , both Live sets and DJ sets which will be amazing. It’s just so good to be back out there doing shows. I’m also really excited to see stuff live too that I haven’t had the chance to yet.