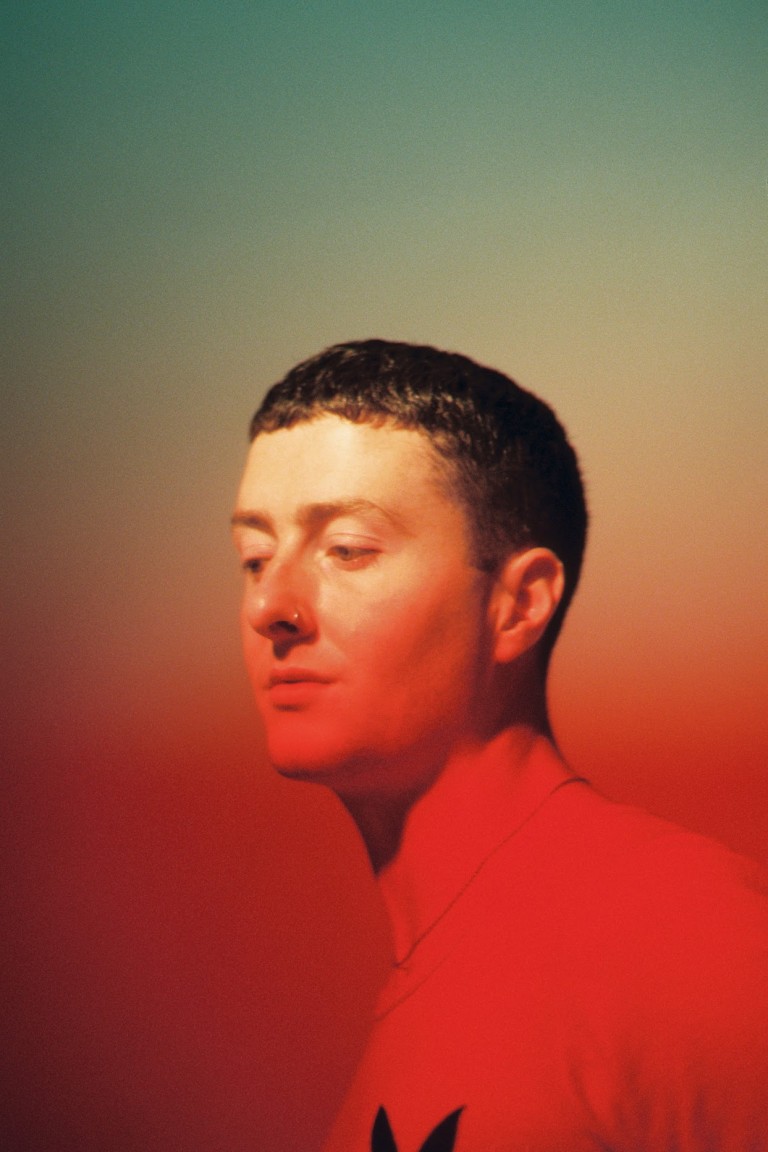 Joesef‘s new album ‘Permanent Damage’ will narrate the irreversible agony of broken relationships, lost love, and regretful moments that leave us with long-lasting trauma. Joesef depicts the enduring pain you see in people’s eyes without knowing them. “Grief never leaves you; it just gets quieter,” Joesef describes the project, due to be released on January 13th.

Guided by the color pink, Joesef truly builds on his visual inspirations, such as the newest music videos for ‘East End Coast’ and ‘Joe‘ inspired by the iconic cinematographic pieces like ‘Kids,’ ‘Beats,’ and ‘Trainspotting.’

As he sits in his London bedroom and craves a hungover aid slushy, Joesef describes his career as “a massive case of trial and error” that helped him avoid previous patterns of self-destructive tendencies. Today as one of the most exciting names to come out of the UK, Joesef could not live without the therapeutic elements of songwriting.

With previous heartfelt hits like ‘Comedown,’ Joesef prides himself on telling the ugly truth of heartbreak. More intense than hangover scaries, it is the shameful regret of picking up the broken pieces than the loud, angry stage of grieving that cuts deeper than anything.

Joesef knows the loneliness of getting over first love and wants to take his observations and notes with other hurting souls. ‘Permanent Damage’ might become your favorite soundtrack; mark your calendars for January 13th.

What is your current answer to your motto – “What else am I going to do”?

Going to get that slush for sure.

What have you been up to besides preparing for your debut album release? How do you unwind these days?

I’ve been doing a lot of darting about between Glasgow and London at the moment so it’s been long trains and cars. I always read to try and take me somewhere else, been reading Patti Smith and Maggie Nelson lately so been feeling a certain type of way.

For people who are not in the music industry, could you explain how it feels to have your music that’s so personal out for everyone to listen to?

it’s a bit of a strange feeling when I think about it objectively, but it brings me a lot of happiness when I get messages from people who hear the music and can identify with it.  That connection with those people is something I’d underestimated getting into music, but it’s so important to me now. It’s why I love playing live so much.

How did you start writing songs?

I sort of fell into it after my mate, who’s now my manager, heard me singing at an open mic. He encouraged me to write and see if we could do anything with it.  I started producing and writing in my bedroom and after a lot of shite songs I started to find my feet. It was just a massive case of trial and error really.

What was the transition like from writing in your bedroom to being able to record in a studio, what were you most excited about?

It wasn’t really a big jump to be honest, the place we recorded most of the album was in a tiny studio in Brixton, at The Dairy.  It looked like a bedroom, except with drums and keys and Barney Lister the Yorkshiremen at the computer desk, who co-produced the album with me.

Do you remember a situation when you started writing a song, and thought the songwriting you worked your way through a particular issue?

I think before I found music I used to work through my issues in destructive ways, writing gives me the space to breathe and work in through whatever it is that’s getting me down.  I don’t know what I’d do without having that outlet.

How would you compare your debut album ‘Permanent Damage’ to your previous releases, how is it different, if so?

The sound is definitely more evolved, working with Barney we did a bit of searching before we got into the songs on the album, combining all our influences and knowledge to create this sort of unique landscape for the songs to live. It was about trying to take it to another level while still feeling authentic to me.  I’m really proud of it.

How was your move from Glasgow to London? How would you compare these two?

The humour and the people in Glasgow is what I miss the most, it’s on another level the Glasgow mob are just funny as fuck. London is big and endless and theres always something to be doing but Glasgow will always be my home.

What are your favourite things about London?

I love meeting new people here, I always find myself on nights out chatting to the most random people ever in the smoking area. The food is also fucking class.

What is the significance of the color pink connected to your EPs ‘Play Me Something Nice’ and ‘Does It Make You Feel Good’?

I always wanted to create a sort of visual representation of what the music sounded like to me, and I’ve kind of seen music as well as heard it as a kid.  That first EP feels like that baby pink, and the follow up a more eroded deeper version of it.

What is ‘Comedown’ inspired by? Do you remember where and when you wrote this one?

I was hungover, shock, in my flat in Glasgow.  It was when I’d broken up with my first love and after the dust had settled over us. I just felt this immense grief for the good times that we had. I always thought the screaming and shouting was the saddest part of a break up but it was the quiet moments of regret that hurt the most, that’s what comedown was.

Could you elaborate on the meaning behind the ‘East End Coast’ the track and the visuals? What would you like for people to take away from he music video?

I wrote the track when I felt really isolated from everything that felt familiar to me.  When I moved away from home Glasgow started to feel a bit further away, and not just geographically. I met someone in London and we fell in love over the summer, it’s basically about finding home in someone else when everything else felt like it was slipping away.  The visuals are an ode to that loneliness that seeps into the euphoria felt in clubs, it was inspired by films like Beats, and Kids.

Please describe your debut album ‘Permanent Damage’ in one sentence.

Grief never leaves you, it just gets quieter.

I saw it on a packet of cigarettes and found that it perfectly summed up what the album was about. The idea that heartbreak and grief changes you indefinitely, whether you want it to or not.

If ‘Permanent Damage’ would be a soundtrack of a movie, what would the movie be?

Do you have a favourite lyric out of the album?

I do but it’s not out yet so bare with me.

As a last question, who would you like to collaborate with next?

Tyler The Creator, I am and have been completely obsessed with him forever, hmu mr