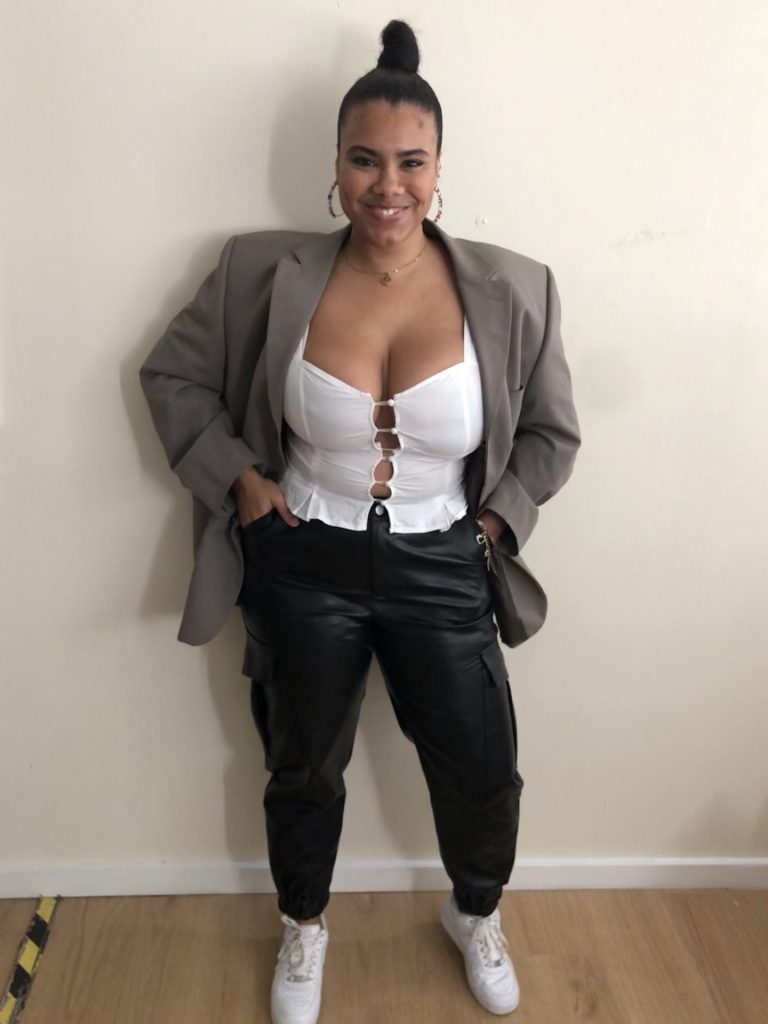 Lovelle is an independent singer and songwriter from South East London, her style of music embodies London culture with an array of influences resulting in a modern yet timeless soulful sound. Lyric focus is at the forefront of her music and is prided upon being transparent and representative of relatable topics. Lovelle attended The Mick Jagger Theatre and Sylvia Young Theatre School to better her craft, leading her to be dynamically strong in all areas of her creativity.

Lovelle captured many people’s attention with ‘Stuck’, the EP ’Is That What They Call It?’,  the vulnerable release ‘Broken and Lovelle’s sophomore EP ‘Therapy’.   Lovelle is showing us how multi faceted she can be with her previous modelling for the likes of Nike, New Look and being on Adidas latest campaign as well directing and producing her music videos and photoshoots.

Lovelle has always been on key tastemakers radars, from the likes of Trevor Nelson, Twin B, DJ Target, Annie Mac who premiered her featured song ‘La Musica’ and Fearne Cotton describing Lovelle as a superstar, to John Legend complimenting Lovelle on her soulful voice.

Lovelle was a participant of our Noctis x Garment Streak slow fashion challenge, and took to instagram to showcase 5 outfits over one week created using one item of clothing, in an effort to fight the stigma around wearing the same thing multiple times. As a singer and creative often in the limelight performing, we were keen to hear Lovelle’s thoughts on slow fashion…

When I would browse online or pop into a shop I started to notice how fast new pieces would come in. The turn over is extremely fast. It made me think about the course it takes rather than the end product and thinking it must not be good for the planet.

I do feel if you have a following, a large following especially that it would be great to take advantage of that. I don’t believe any harm is done if you are able to shine a light on things that need better attention or changing. Artists or people of status are looked at as wild for wearing a garment more than once, I have no idea where this came from.

What has it felt like for you, to be seen on Instagram wearing the same thing over and again?

This leads on from my answer to the question before. It is taboo for a celebrity to wear the same outfit twice.  I know that I did not spend money on an item for it to be worn once, thrown away or put into hibernation.  I am happy to show that I wear the same clothes, I don’t need much.  I have my staple pieces that i love and am happy with, I don’t have a problem so why should someone else be so concerned?  I have worn items in clothing in my video shoots or photo shoots that I have then again worn for a picture on instagram on a regular day.  Wearing clothes over and over again needs to be normalised.

Besides performing in the Garment Streak, what else should we know about you or what you are doing?

I released my EP ”Therapy’ a couple months ago and just released the visual to ‘Try Again’ which is one of the tracks from the project. I’m an independent artist and self managed, a lot of the things you see if not most are from me obviously with the help from incredible producers and photographers etc. I’m currently building my brand and working on my next release. As well as styling a short film and trying to get myself on some courses. I want to continuously learn new things.