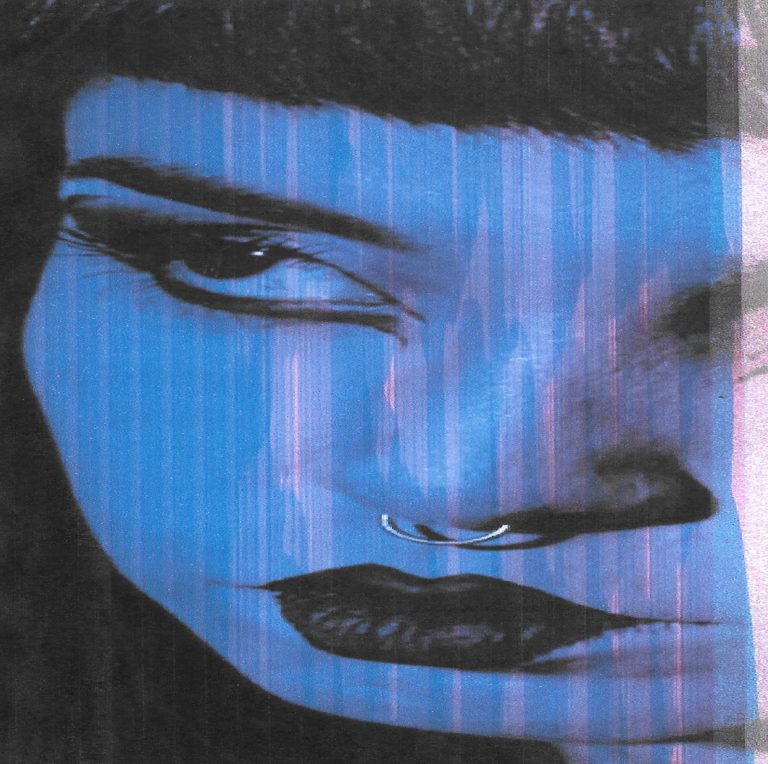 “PHANTASM” is the dark, striking fashion editorial by photographer Daniel Ben Shimon & multidisciplinary creator Noy Munis, which unearths their struggle to make sense of this past period on earth. Noctis are showcasing an exclusive digital viewing of “PHANTASM” and interview with the duo about their creative explorations, friendship, and the inner works of the inspirations.

The body of work is gothically compelling as the vintage elements contrast with the production and editing style of the images. Noy herself acts as the ‘character’ and model, who is the focal point of each image. As she holds centre stage it remarks on the stereotypical ‘damsel in distress’ persona/character which is signature to the horror genre. Horror is a continuing message throughout the editorial, intensifying the feeling of trying to find serenity in our chaotic minds. It’s also a similar inspiration of both Daniel and Noy as their hearts are set on punk and goth culture.

The creators met many months ago and bonded over a conversation about “how the world is being shaken up by the pandemic and how the near future seems blurry and undefined” according to Daniel. This connected the duo as they both realised, they went through a similar hazy path of self-loving, fulfilment and all the struggles that come with that. Which sparked a fire to create, express and inspire others, and then “PHANTASM” was born.

Daniel continues to say “it’s a struggle; the longing to be the best you as possible, and to create work that pushes you as much as possible from the comfort zone. So Noy and I decided to create a story about a character that awakens at the bottom of a pit, with a broken identity.”

Looking deep within both personas behind this editorial, Daniel B. Simon is a conceptual fashion photographer residing in Israel who grew up in New York. He says his sense of fashion as a coping strategy to help break through the walls of the close-minded culture in Israel, and the arts gave him a way to express himself without the boundaries of his society.

Growing up Daniel’s passions in life were within fantasy worlds that helped him escape reality. He says, “if it was binging anime or playing video games, I would later on in my life connect these childhood passions to my current visual language.”

He also states that “viewing the medium of art in all forms was spontaneous and eclectic in my childhood and frequent moves to both countries helped keep my mind open and accepting to new experiences.” His main inspirations arise from cult horror movies, surrealism, anime, punk and goth culture, fantasy, theatre, coloured contrasting lighting. Elements that are prominent throughout “PHANTASM”.

The horror art forms which Daniel and Noy are both drawn to, Daniel says “helped me get through depressive episodes and gave me a different reality to look at and enjoy, where you can be or do anything. I am very interested in darker subjects that push the viewer or listener to a place where they do not feel comfortable. I tend to feel comfortable and given a safe haven by surrounding myself with these uncomfortable subjects.”

Noy Munis, the second brainchild behind “PHANTASM” is the multidisciplinary creator and founder of fashion label Munisa Land, established in 2020. Again surrealism, horror, fantasy, cyber, grotesque, the 19th century, the 1960s, and punk are all sources of inspiration for her. Noy imagines graphic characters to convey her feelings and to make prints and new shapes with them. Noy designs and sews everything herself, from scratch and has a strong, engaged concept behind her upcoming label.

Speaking out about Munisa Land, she says that her ideas “behind the brand have been cooking for a long time. In the last few years, I have begun to fantasize about the land I would create in the future… I am constantly curious to discover new worlds through people I work with, break it all down, challenge things and give birth to something magical. To create new and exciting combinations as I believe in a multitude of contrasts.”

Noy also says when creating the designs, she considers some important reminders; to be loyal and remember she has a say in this world, “it does not matter how many attempts I will have to make to reach the perfect product but to know where it is okay for me to compromise. I don’t believe in a short way! I believe in hard work, experience, courage and daring without fear!”

Noy’s goal with “PHANTASM” is to “raise awareness, evoke empathy or lack of empathy and evoke positive and negative feelings together.” She expresses that this editorial is meant to raise questions, open up different interpretations and in short provoke a discussion around mental matters.