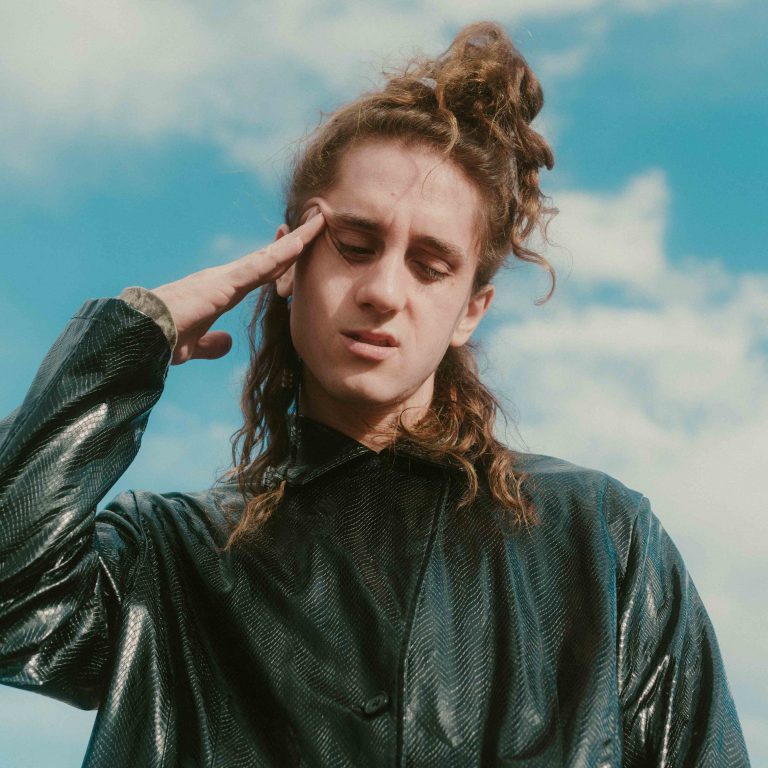 7 Things You Should Know About Sebastian Paul

Once you hear the emerging alt-pop act Sebastian Paul, you will remember his voice forever, I guarantee it. This young singer/songwriter, producer and recently a director of his music videos, does embody an unstoppable force. It is fair to say, the world is still sleeping on him, but Sebastian does nothing but releases a hit after a hit. So far this year, he released three tracks – ‘Impatient,’ ‘Back and Forth,’ and ‘Crush’ is the newest single.

Initially, he got his start on Diplo’s Mad Decent label, but today Sebastian strives to create ‘something that feels very familiar, but hopefully very foreign at the same time.’ The underlying alt-pop vibe, combined with his unconventional vocals, highlights his melancholic production that opens the door to vulnerability and hard-hitting lyricism.

Sebastian’s independence and DIY approach towards learning everything himself, from production and mixing,  could be credited to growing up in a nomadic military family. He admits this lifestyle changed his perspective: “It was fucking exhausting but definitely enlightening. You meet every type of person by the time you’re 18”, he says.

2. He promised he would never do a normal job.

Hard to believe, but Sebastian had no prior experience with music or writing a song from scratch. It all changed when he was 16, and he went to his first concert. He explains: “I had no training or knowledge of anything musically or artistic, but I made a decision quite young that I would never do any kind of “normal” job. At 16, I started growing a passion for listening to music, and I went to my first concert later that year. I just remember looking at the person on stage, thinking “I could do that.” After that, I realized I had no interest in being solely a listener.”

3. He believes any act of creating something real is vulnerable.

Sebastian reveals his three role models are Jai Paul, young Bob Dylan, and Frank Ocean. Looking up to these artists reflects in Sebastian’s music, especially in his nostalgic sound and lyrics digging deep into his soul. After describing his journey as ‘a massive learning experience,’ Sebastian shares when in his career, he felt the most vulnerable: “Probably the hopelessness at the end of the song “Who Cares.” But that’s tough because any act of creating something real is vulnerable”, he wonders.

Sebastian released two projects – ‘Trojan Horse’ in 2018 and ‘Boy Oh Boy’ in 2019. Diving through his discography, I would say Sebastian is slowly drifting away from including elements of electronic music. However, they do make an appearance. With ‘Trojan Horse,’ he says, ‘it is the end of an era, not just for him.’

Whereas, there is ‘a transition from youth to adult’ on ‘Boy Oh Boy,’ while he definitely explored a darker side of him such as the last track ‘Who Cares.’

Sebastian started off this year with three successful singles, two of them being ‘Impatient’ and the heartbreak anthem  ‘Back And Forth.’ With both of these songs, he lets people more into his world. With the start of a new decade, there is another meaning behind these releases, as Sebastian elaborates: “Over the past few years, I’ve found myself constantly wondering what the music of the 20’s will sound like. Those 2 tracks (and everything going forward) is my attempt at culminating all of those thoughts into a concise sound. Something I hope can set a precedent in this new decade, even if just for myself”.

If you watch any of Sebastian’s music videos, you’ll instantly realise he does not believe in generic visuals. He wants more. For ‘Impatient,’ he decided to direct and put his vision into life. “I always try to create images that resonate deeper than just a visual representation of the music; images that live on their own,” he tells.

Continuing in his director role, ‘Crush’ landed more out of the Sebastian Paul visuals. He shares what this newest single is about:”I wanted to write a simple story of having feelings for someone who you suspect has similar feelings. While focusing less on the ‘crush’ itself and more on how ‘crushing’ it can be to keep the sentiment to yourself. I aimed for the sonics to match the lyrical content. Something that feels like love and angst simultaneously.”

There is an EP on the way ‘soonish’

“Yes, but I’m playing a bit loose with your definition of soon,” he replies to when we could expect his upcoming project. As an artist who is still brewing and is yet to take the industry by a storm, Sebastian Paul is keen to leave a mark. He puts it this way: “Let’s just say I’m certainly doing my best to ensure that it’s something good.”