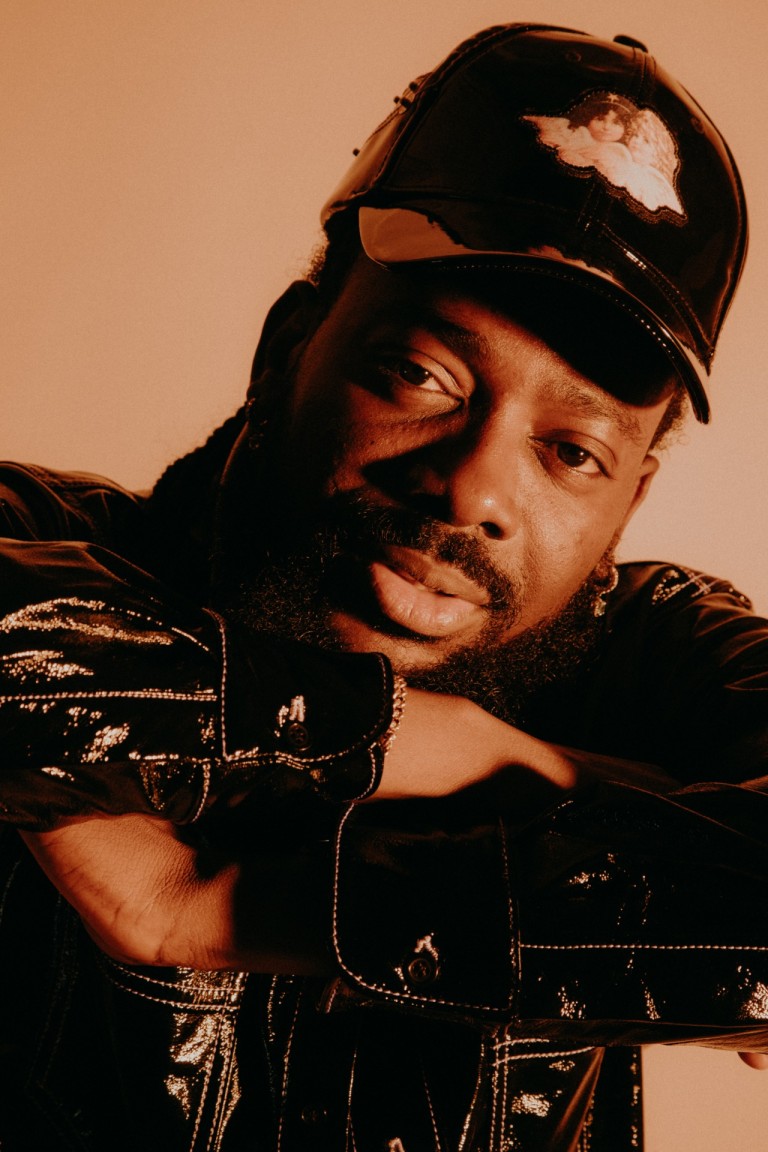 Adekunle Gold: Lagos to the World

Somewhere between Lagos and Los Angeles lies Adekunle Gold’s hybrid sound from across continents. Bringing us into a new realm of music with his latest release ‘Catch Me If You Can’, rich vocals and soul warming rhythms transport us to the clubs that lie below Lagos, Adekunle’s home city, and to the warm sands of late-night beach parties where waves of Gold’s first beats began to ripple across oceans.

Adekunle’s story begins in Lagos, born and raised in the hub of urban Nigerian culture, the city hosted his first residency and series of sold-out headline shows before the artist made the move to Los Angeles to offer his sound to different shores. It was Adekunle’s father that first offered him a taste of the arts, “He was an educationist, a teacher, a painter, I mean everything that I am except being a musician”, before moving on to belt self-confessed off pitch hymns in church choir as a teen. It was here that Gold experienced his first taste of the stage, a moment that two decades on would manifest into a career housing four albums and hundreds of millions of streams. “To be honest I wasn’t very good, but I kept working. My sisters and I used to sing back-up at night with my aunty, she would teach us how to sing different harmonies, she’d teach us how to sing in alto, tenor, baritone, all of that stuff”.

Musically minded family members, including Gold’s grandma who would lull an adolescent Adekunle to sleep with sounds of folklore lyrics, weren’t the only catalyst in forming his career, the artist is overflowing with drive, something he credits to his father. “My dad did a lot and unknown to him he showed me ways to live life as a very honest person you know and it’s paying off for me. I can brag and beat my chest and say I did it all by myself, no handouts, just working hard and every day just believing in my dreams”. The fire that formed in his belly early on in life has never distinguished, it is in fact overflowing, igniting his energy, vocals, and every album with an underlying element catching your attention as quickly as flames and acts as a tribute to his late father, whose energy lives on in Adekunle and his music. “Losing my dad also, I didn’t see that coming, I didn’t think it was going to happen that soon, I wanted to see that he enjoyed all of his labour so that really shook me as well.”

As a fan of Adekunle Gold’s music, the only thing you can expect, is the unexpected. Every installment to his musical quota and release under his belt, which is overflowing with a pick and mix of songs, writing his first one at 15, gives us a slice of his life. Not afraid to share the highs and lows, wins and losses, his listeners are right alongside him, as he navigates through life, sharing some of his toughest moments, one of those being the loss of his younger sister. “She had a knack for singing like I did. Losing her was hard. She was really precious to me, just like the rest of my sisters obviously, we had a really great connection, and she was really happy to see me perform on stages, even though it was just churches back then. She would confide in me; we would talk like friends. When I lost her to a heart disease, it really changed my life. I wanted to win because of her. I wanted to win so bad because of her, I wanted her to see that – look Busayo we did it.”

As we watch Adekunle ascend to the throne of Afropop royalty, hitting just about every continent and stage as he goes, it’s hard to believe there was ever a point in which the world refused to take note of him. Gold is the kind of Artist who grabs your attention in the first few beats, but the beginning of his career tells a different story, one of standing in the audition rooms of MTN Project Fame and other talent shows, struggling for recognition. True to his nature, rejection only added fuel to the flames, manifesting into resilience. “Until I see the end of something I don’t stop. I thought you know what I think I really have a shot at this thing, I knew that I had a knack for writing, so it was this moment that really gingered me to say I really want to do this thing full time.”

Until I see the end of something I don’t stop.

Like a phoenix rising from the ashes, in 2014 Adekunle plunged headfirst into the music industry, leaving a steady income and graphics degree behind to pursue his real passion, a move that unknowing to him at the time would pay off and ultimately change the course of his life. “I said I want to quit this 9 to 5 life, let me focus on music, let me see what it does for me, let me see where it takes me, and it turned out to be another great decision I made with my life. I released ‘Sade’ and then the rest is history.” As for the signature sound we associate with Gold today, funnily enough his pop-afro-beats fusion formed whilst working on the debut ‘Gold’ album, manifesting his mailable music mantra we are now so familiar with. “I’m so happy that now I can boast of being able to make pop records, R&B, Afropop records. I can make anything right now honestly.

Naturally Adekunle’s growing list of listeners craved another hit of his of feel-good, euphoria inciting vibrations to accompany their ears. So, following his 2016 release, two years later Gold returned to the scene with his second album ‘About 30’, set to send his listeners into a spiral with another dose of hybrid beats and inebriating vocals. The road to release however, wasn’t as smooth as expected. “I’ll never forget was 2018 before I released ‘About 30’ when I was shopping the album around different labels and distribution companies and then the reaction that I got was really terrible, I almost gave up that afternoon, but God used people while walking the streets of London, I randomly met three fans each person told me ‘I love your work, you’re doing amazing’ almost like God sent angels to me to just lift my head up to say you know what, it’s not time to quit.”

I almost gave up that afternoon… then it’s almost like God sent angels to me to just lift my head up to say you know what, it’s not time to quit.

It’s almost ironic looking back to the trials and turmoil Adekunle faced on his road to success, considering he now spends his days on them, touring worldwide including his upcoming 19-city upcoming US and Canada and performing across continents. A notion his track ‘Catch Me If You Can’ carries. Inspiring the album name and written in the height of the 2020 pandemic, the song embodies a message to those who didn’t invest in him early on in his. Lyrics of “I’m on a rise now, they feel haunted” offer a mild middle finger to the early ignorance of the industry.

The 14-track album featuring big industry names including Ty Dolla $ign, Stefflon Don and Fousheé, opens with ‘Born Again’ the perfect track to represent the rebirth Adekunle undergoes with every new album. Shedding his skin, metaphorically of course, all of the turmoil and emotions from his latest installment of life are explored and left behind in the album, memorialised in music, ready for him to step into a fresh era. My life has been a huge rollercoaster you know” he laughs. As for his closing track ‘Catch Me If You Can’? Well, in truth we couldn’t catch Adekunle if we tried, he’s spreading through the industry like smoke, slipping through our fingers as he races back to the studio for his next release or to the road, craving to conquer another city. “There’s no better way to close an album than that song.  The music is so beautiful, and the voice note at the end just came at the perfect time.  My friend was just bigging me up just randomly sending me a voice note and I thought you know what, I’m going to use this to end the song and to close the whole album and that was it.”

Behind the scenes, on the rare occasion in which Adekunle finds a moment to slow down, you’d find him with a brush in hand ready to channel his creativity onto a canvas or taking a moment from the adventures of his own life to lean into a latest literature find. Gold’s off-stage demeanour doesn’t stray far from the front we see, just as Adekunle and his music are one, his image is unaltered and untampered with, an extension of himself, down to the outfits that grace the squares of his Instagram and next performance, pulled from his own personally curated Pinterest boards. “I whip up ideas for my next looks. I’m just on Pinterest just looking and thinking ‘what am I going to wear for the next 3 months?'”.