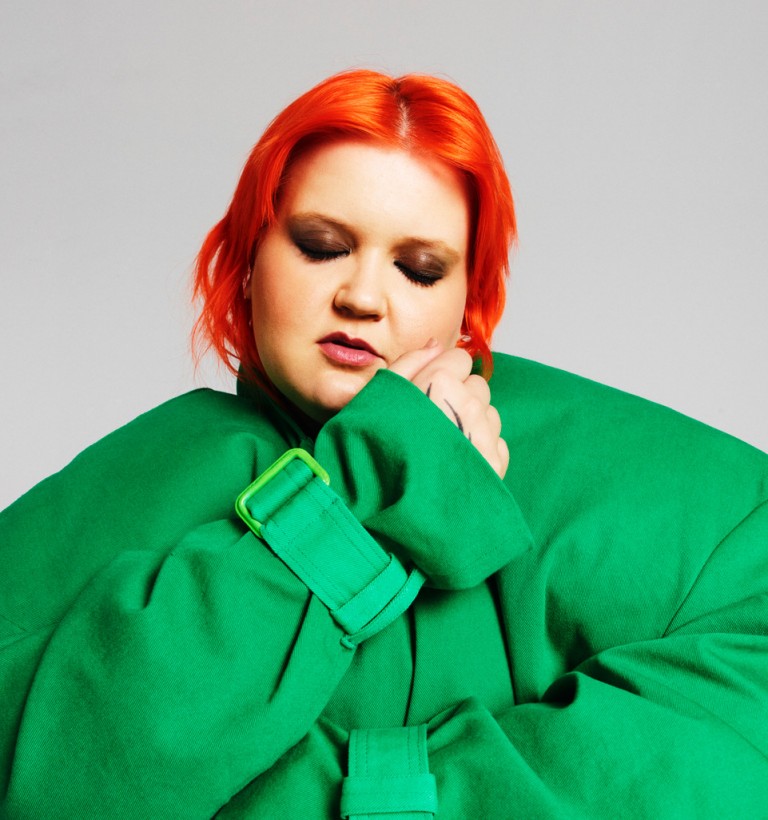 Flame-haired Finnish musician ALMA, is known for her surging, storytelling pop. Her new single ‘Summer Really Hurt Us‘ follows ALMA’s previous tune ‘I Forgive Me‘ and arrives as she plans to unleash her long-awaited second album in 2023.

ALMA’s remarkable soulful voice and razor-sharp lyrics show similarities to icons Sia and Amy Winehouse. She is far from the traditional pop princess, with her colourful hair and seductive punk attitude. Her demeanour positions her among a new breed of pop geniuses, who are quickly becoming icons themselves. Her artistry has earned her over 650 million streams as well as a Platinum-certified UK breakout hit in the form of ‘Chasing Highs.’ It’s also a talent that has led to her being hand-picked as a co-writer for famous, powerful female musicians like Ariana Grande, Miley Cyrus, Lana Del Rey, Charli XCX, and Tove Lo.

‘Summer Really Hurt Us’ sees ALMA reminiscing how a previous summer went tragically wrong – the lines “Fucked up in July / Missed you in August” reveal exactly how swiftly things deteriorated. While ‘Summer Really Hurt Us’ is a song about remorse and loss, ALMA communicates those feelings in a very different way. It infuses pure pop infectiousness with sadness for what has transpired and yearning for everything that has been lost by weaving her emotive topline around an irresistibly throbbing synth-pop rhythm.

‘Summer Really Hurt Us,’ like most of ALMA’s upcoming new songs, is playful but emotional, lively yet self-analytic, escapist and mesmerising. It, like its creator, is both magnificent and imperfect at moments. Noctis sits down with ALMA to discuss her musical origins, favourite moments so far, and plans for the future.

How did you become interested in music? Have you always wanted to work in the music industry?

Well, I’ve always been singing and when I was super little I was saying to everyone that I’m going be a pop star but once I grew up and I was a teenager I pushed all of those dreams away.

I was shy and I was also bullied in school, so I just didn’t want any attention on me but when my mom got us our first computer, I think I was 10 I found YouTube and I completely fell in love with music and singing. I didn’t get into any music school in Finland my home country, so I stopped going to school and I put all of my time into writing and singing and then slowly got some courage to show my music to people and then slowly some labels started to recognize me.

Does your childhood influence the music you create today?

So much. I lived a very free childhood my parents let me be me and express myself in the way I wanted/needed. Also, YouTube and the fact that I could find new music every day for free were just mind-blowing. There wasn’t just one genre I listened to. I was listening to everything from Amy Winehouse to Prodigy. I remember sitting on the computer almost every day for hours just listening to music and trying to sing along to the songs.

What have been some of your favourite musical moments so far?

There have been so many little beautiful moments. I love to be on tour and hear real stories from real people about how my music/song has done something for them. I think playing Glastonbury was a huge thing for me! Also that Elton John played my first-ever song on his radio show. That was fucking crazy!

You’ve been regarded as a youthful pop genius. Can you comment on your music style and the pop-punk parts of your sound?

That’s why I love pop music cause it can be anything there are no boxes. For me, pop music is genuine music. It’s for everyone. And it can be anything. In my music, the punk element just comes from Finnish culture. Only concerts that I went to when I was a child were rock/punk shows because at the time there really wasn’t anything else. So that sticks with me forever probably.

And what motivates your music? Personal recollections, artwork, and so on?

I don’t know… everything comes pretty naturally in my head. But I think my biggest inspiration is just human connection. I love to have a conversation with a stranger in the club at 4 am. I think I’m always just amazed by people and their stories. Actually, that’s one of the biggest things I hate about being a celebrity is that sometimes I feel that people are always asking me questions (for example right now :D) when I’d rather just sit and listen to what they have to say.

You have just released a new single called ‘Summer Really Hurt Us,’ a track that remembers how a past summer went horribly wrong which you started writing in lockdown. How do you want people to feel when listening to the track?

It was the first track I started to write for this new album and I didn’t have any idea I just let my mind take me and weirdly it took me back a couple of years to that summer. Maybe I was holding back some regret and guilt so I just wanted to be real and honest about how I fucked up. Sometimes I do stuff that’s not great but it’s human. I hope people will listen to it and relate. I think the key message to that song is that sometimes we hurt the people we love but we can still move on from that if we are willing to understand our mistakes and learn from them. It’s a process but personally, I think it’s worth it. For me, relationships are not like iPhones that we should just throw away when they are a bit broken.

‘Summer Really Hurt Us’ comes before you plan to release your long-awaited second album in 2023. Can you tell us a bit about the upcoming album and what to expect?

Yes. Well, first I want to say that I made the whole album with a badass female producer called Elvira Anderfjäld in Sweden. She really got all the most real thoughts and the most beautiful melodies out of me. This album will be the most real album I will ever do. In this album, I found my voice again. And you can hear that the songs are way more hopeful.

How would you like your music to evolve further in the next years?

Be more real and open to new things. Just get better as a writer. But of course, I hope more and more people find my music.