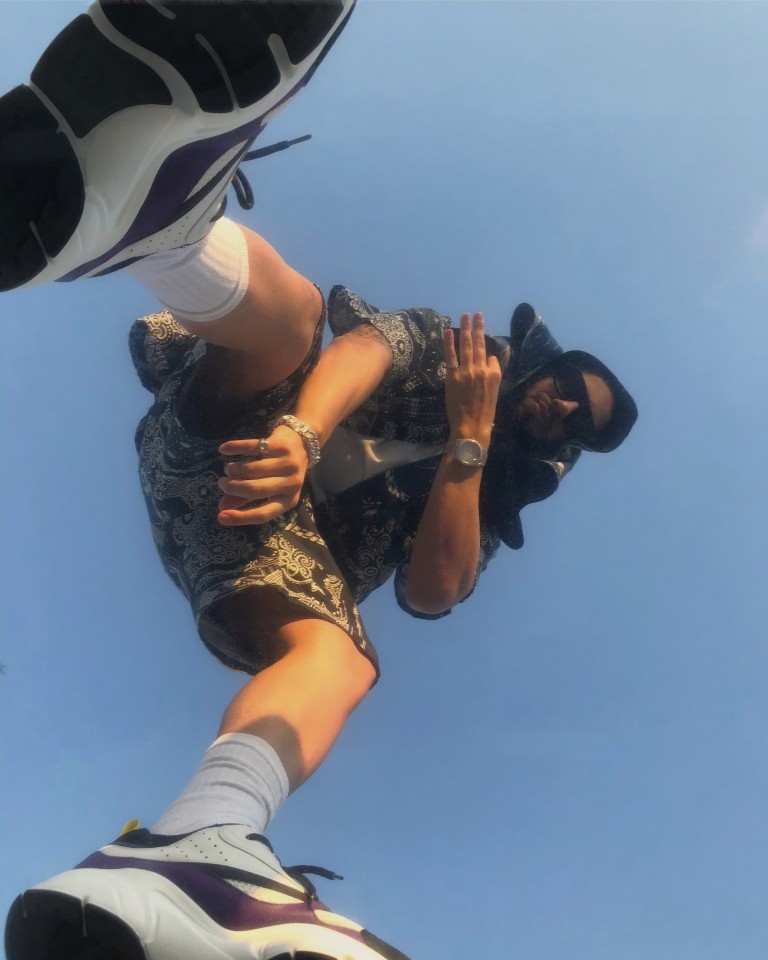 ‘iLIKE/Pull Up’ offers up variety in vibe for A!MS with Mediterranean’s hint and sweet R&B sitting at its core. Describing the record A!MS explains “It’s a feel-good R&B rhythm that takes us back to the days of P Diddy and Dr. Dre, those R&B Rap collaborations with a twist of Drill bass on it”. The visuals demonstrate this vintage upbeat R&B sound through a perfectly laid out cinematic aesthetic of the filter, taking you into the holiday fantasy which is depicted.

Whilst A!MS is a seasoned rapper who has produced visionary sounds and styles with flawless, hard-hitting lyricism, ‘iLIKE’ offers up a more profound insight into his nature and the morals that define him as a person. “The song is about celebrating ladies and unshaming things like the ‘OnlyFans’ hustle. Ladies can be beautiful and use that to make a living if they wish, it doesn’t deserve judgement and discrimination. I’d love for women to know they’re beautiful and can achieve anything they want. I also want men to understand that at all costs, we need to respect and protect our ladies, because, without them, we wouldn’t exist, FACTS!” says A!MS.

A!MS has had huge success releasing singles throughout his career, that awarded him over 20 million streams, 50 million YouTube views, platinum-selling records and numerous awards – the recently album ‘OFFSHORE’ is a culmination of his life’s work and experience, something that has substance, graft and endless topical content to explore. The body of work is filled with a variety of up-tempo, carefree, experimental rap and R&B sounds all wrapped around 14 tracks, and has further features from the likes of Yana Toma, Kilate Tesla, Moelogo, Ayo Beatz, Grizzy, Eyez, Sebastian Kole and Kilate Tesla.

A!MS is already exploring his long-standing industry connections as he leans into the world of most celebrated producers, artists and the musically talented. A!MS brings fresh confidence and an unapologetic attitude, this is a significant moment in his career as he delivers his best work to date.