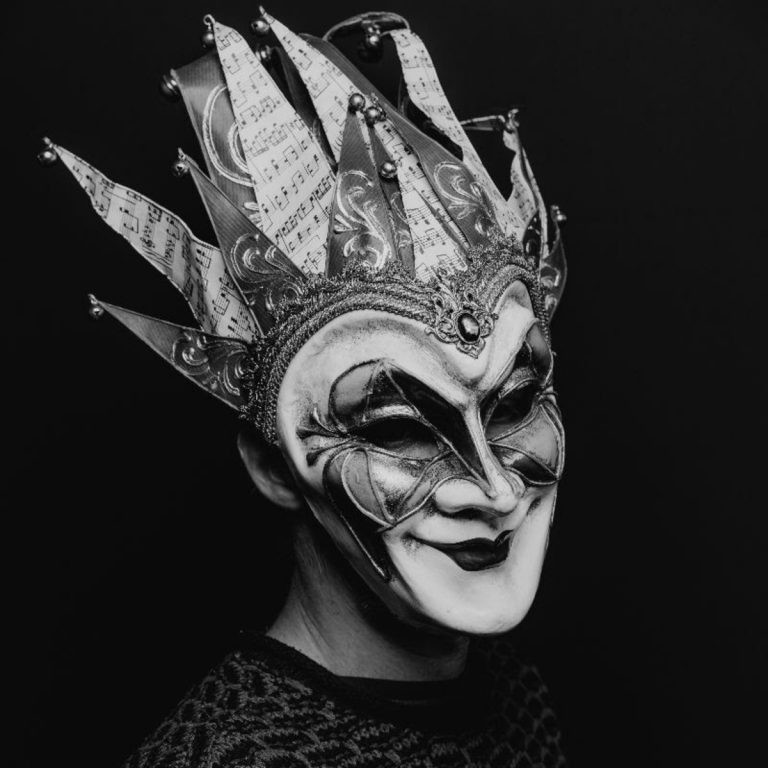 Few electronic artists command the presence of the dance floor quite like Boris Brejcha. A man who has carved his own unique route through the dance world, where he now sits firmly towards the top. Now on the verge of releasing his seventh album and a world tour to coincide with it, I was lucky enough to meet him in London and carve deep into the inner persona of the artist. As humble as he is talented, Brejcha’s story makes for quite the read.

Boris’ first encounter with dance music came early in his youth “I think I was around twelve or thirteen, my friend bought a Thunderdome CD to our music class. At the time I was learning the drums and the keyboard.” This came at a time when rave culture had taken over much of Europe and hardcore had transfixed much of Germany. A swift fascination for electronic music soon followed, “I was so interested in how different the music sounded, I instantly wanted to know how I could produce this music. I had a friend who had a PC and some software, and we just experimented.”

His trademark unique sound known as “High-Tech Minimal” came about after years of experimenting with trance records. “I was buying all the CD’s of Armin Van Buren and Tiesto, I was a huge fan of that music. I had a friend who was creating minimal music, I really liked it. I cancelled my trance records at that point and started making minimal and techno. My first release was in 2006. The name High-Tech Minimal came about as what I was producing was neither solely Minimal or Techno. People wanted to put me in a category, so I needed a name, and this made sense to me.” From there on, there was no turning back for Boris. He has now cemented a sound that incorporates minimal, techno and trance. It’s this aesthetic that helps him stand out in an industry that year on year becomes more overloaded.

His self-confessed breakout moment was in 2017. A performance for Cercle at the Château de Fontainebleau gained over 25 million views on YouTube. However, it was an opportunity he almost didn’t take “At first I wasn’t happy to play there. They came to me wanting to do it, it was for no money, it was a cool location but two times I said no. I could do another gig, its my business you know. On the third time they asked I said yes, and it had a huge impact.” The sheer volumes of views projected him into the limelight, suddenly everyone wanted to book him.

The following year saw him make his debut at Tomorrowland, one of Europe’s biggest festivals. “In an interview three years ago, I said I didn’t think I’d ever play that festival, because its quite commercial. But after playing, the atmosphere felt so different to anywhere else” For Boris it was the crowd that the event bought in that really stood out, “The way the crowd support the artist is so different. When I started playing so many people were wearing my mask and waving flags. It was incredible.”

Last year also saw him play the likes of Exit Festival and Timewarp, adding to a growing portfolio that would make many eyes water. What intrigues me most about his journey is the unconventional style of his ascent. His productions never sold out to a more EDM mainstream sound, if anything they’ve became more experimental. Unlike many he also hasn’t given in to any gimmicks in his performances, there aren’t any unnecessary add on’s, when he plays it’s simply all about the music.

Later in the evening of our interview, Boris takes to the stage at Electric Brixton. A venue he last played at in 2014, then supporting Booka Shade. Now headlining his own world tour, he still remains as humble as ever “At the start I didn’t realise you could make money from being a DJ. I’m so happy to have the opportunity to make this music. That people love it and support me so much is amazing. It’s my second time at this venue and I hope everyone coming has a great party.”

Boris’ upcoming album, named “Space Diver” is out at the end of January next year and will be released on his record label, “Fcking Serious”. In just two weeks “Never look back” will be released, one of the singles off the album. Space Diver will be Boris’ sixth album to date and follows on from a series of singles released this year.

His creative process reflects that of a crazy touring schedule “I’m not that guy that goes into the studio and thinks let’s make an album. For me my life runs differently. I play at the weekend, so Monday is my Sunday to relax and do paperwork. The Tuesday, Wednesday, and Thursday I’m in the studio producing. Once the time feels right, I go back through all the material and make an album that I think feels right.” This style of making an album appears quite fluid, by building material naturally over a few months nothing feels forced and the end outcome will be a coherent with the place you’re at in life.

However, the relentless life of a DJ took its toll on Boris, “At the end of last year I was travelling back from South America, I then had to go to Australia for a tour. I was getting sick at this time, the doctor told me to rest, so I cancelled the tour. Within a day I was no longer sick, it was all in my head with stress and exhaustion.”

Mental health is a key topic in the dance world that I try to discuss in interviews. Artists suffer a relentless schedule of jumping on and off planes and regularly spending lengthy time away from home and loved ones. No matter the size of the artist this can certainly take its toll. The life looks extremely romantic from the outside, but the challenges are unremitting.

Having now spent several years towards the top of the industry, I wondered how do you stay relevant? “It’s difficult to say, to come in is the easy part. You need four or five tracks that are good, you send it to a label, it gets released and your in. Staying in is the hard part. Back in the day just to be a DJ was okay but now you need to produce, you need to be on Instagram and social media. Year on year you need to improvise and improve, it’s hard to say, its key to do something different to stay fresh.”

The role of social media itself has taken a key role in the music industry, Boris has amassed a following of 720 thousand followers on Instagram and still somehow manages to answer every message. “Its not easy but when I’m at the airport I have a lot of time, so many people say no one responds to their messages. It’s so important to connect to your fans, I’m a normal person just like them.” Social media has made many artists feel like aliens to their fans, the thought of even getting a reply to a message seems farfetch. Boris’ unique take to this has helped bolster his image amongst his fans, everyone can connect far easier if the artist appears just like they do.

One of my final questions for Boris was of course about the infamous mask, a key part of his image, but how did it come about? “It came right from the start. Being from Germany, my first show somehow came in Brazil. It was my first time flying internationally and I was thinking there are so many DJs on this planet, I need to do something different. I was thinking about the carnival in Rio and all the crazy party outfits and that was my inspiration and it was born from then.” An impulse decision that came from foreign surroundings. Perhaps it also made him feel more connected to his first crowd and subsequently quelling any nerves.

For Boris he certainly feels the mask was the first step to being remembered, “People always recognize these guys, Daft Punk, Deadmaus, Marshmello. It’s had a huge impact, but it’s also made me keep pushing the standard of my music. I don’t want it to just be about the mask.” His determination to push boundaries reflects in his performances. The German producer decided to stop playing live several years ago due to time constraints and now when DJing he plays only his own material. “I’ve never played one track from another artist. When people come to see me, they want to hear my music. If you’re just a DJ and you don’t produce and you’re just playing someone else’s track, anyone can do that. I want my shows to be special.”

It was a pleasure to chat to Boris, it’s not often you meet someone with the size of his profile be so open and humble about his career. His determination to improve and stand out has been the key to his ascent. His Cercle performance has reached internet stardom and the story of how he almost turned down the opportunity, will always leave me thinking what if? I’m sure his world tour and upcoming album will continue to push boundaries and I for one, cant wait to hear it.