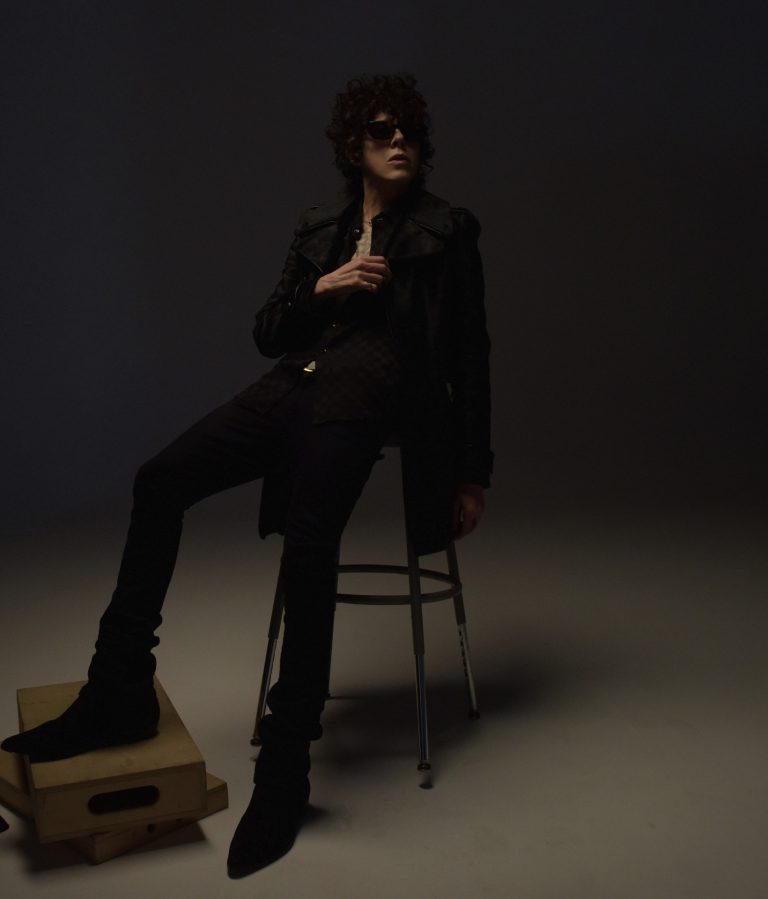 Catching Up With LP

On her second cup of coffee of the day, “cause the first one ain’t enough,” Noctis catches up with the indie-rock sensation LP. Hoping on a Zoom call, all the way from LA,  we imagine LP looking sleek as ever, with her curly hair covering her eyes rocking a bomb jacket. Born in Long Island, New York, “I don’t think I’ll ever get used to the fact that the weather is so great here”, the singer admits, while her dog starts barking.

Right from the top of our conversation, LP expresses her gratitude. After releasing five albums and three EPs and writing songs for other artists, including Cher, Rihanna, the Backstreet Boys, Leona Lewis, Mylène Farmer, Céline Dion, and Christina Aguilera, LP stays humble. “‘I’m very thankful that  I have people that know about me, and I can tell them I’m putting out music, and that’s always nice” that’s right. The critically acclaimed indie-rock singer/songwriter returns with new material and sound with ‘How Low Can You Go.’

It’s soft. It’s sexy. LP is excited to play with a new sound, but she reassures it is still her. Her childhood influences may have combined mom’s opera singing and dad’s love for the 50s with Johny Cash. “I thought I wanted to be a doctor, but I didn’t really know. I quickly realized that I’m just not that into school,” says LP recollecting the first song she’s written with her mom called ‘Hello’.

Her mom also taught LP that talent needs to be looked after and nurtured. “I knew I could sing. I knew I had a little something, and then I started to explore it more. I definitely felt some power there. I remember my mom was very adamant before she passed away. She was like, definitely get training because your voice is very powerful, very loud, you need to train it, so you don’t lose it and hurt yourself,” as LP did not want to play with fire, she listened to her mother.

If you’ve ever been to an LP show, you know you’re bound to wake up with no voice the next day if you attempt to sing along with the singer with no warm-ups. “I’ve had a bunch of training, and it’s mostly singing scales and strengthening your voice. I think everybody needs that. As far as being a touring musician, you need to know how to wield it and not to cause any damage”, tells LP.

Apart from mastering her vocal abilities, LP spent years writing songs for others. Afore dissecting LP’s stance on record labels, we were intrigued by her songwriting days, as she wrote for all the icons. The session she vividly remembers is the one for badgirlriri and ‘Cheers (Drink To That)’. LP retells the particular day of a Rihanna writing camp: “I had a really good time writing the Rihanna song that popped out in a day, and it was really festive. I remember, like a co-writer in the session, Stacy Barthe, I could tell she thought it was a hit because she started inviting all her friends down to the studio. I was like, oh wow, we’re allowed to do that. We were all on it, and we were in a group singing along”, sounds like everyone would want to be a witness to the making of this party anthem.

At the moment, LP is signed to her managers, who have their own record label. “We don’t have to ask anybody. We are the label, and it all goes through us,” she announces. LP’s career and experience with record labels was a learning curve; she describes it as “if you took the long and winding road next to the road that went straight to where you wanted to go”.

Now LP looks back with nothing but gratitude despite all the curveballs put in her way. “They are a necessity, but then, they managed to fuck things up a lot of times too, because there’s a lot of things involved in it. I feel thankful to all the people that I’ve ever met, even bad experiences. The people that messed up and set me back years, like literally years, I’m not dramatic”.

She prefaces the situation: “when ‘Lost On You’ was blowing up, I had a unique situation. Cause I had been on an indie label that was bought by a big label BMG and, and when my songs had to blow up, BMG didn’t really know. They just had bought the label I was on. From all the things we learned with my previous records, that we had to go through BMG, we’d go through BMG to ask them for money, for videos, for everything, you name it”, she explains. Ultimately, LP says to beware but utilize their organization skills and distribution modes.

“You just live and learn, and I’ve lived a bunch, and I’ve learned a bunch.” It is fair to say LP recalls these moments with grace, as she was able to ‘stick to her guns’ in a time where things weren’t so easy. As a member of the LGBTQ+ community, when growing up, LP could only remember Tracy Chapman as a role model of that time.

On the subject of role models, we get to discuss the level of responsibility entertainers carry. From the start, LP acknowledges: “I have a dual purpose. It’s not just singing songs or people. I feel like I’m getting something done. Besides just music, somebody out there was able to find themselves through this little roadmap I might be given”.

Not to get things confused, LP’s been through it. When growing up, she did not feel her persona was very accepted. The natural question comes into my mind, “did you try to change,” she replies: “I did, but I could not do it. It wasn’t possible for me. I just had to keep budding into the wall over and over again, being myself”.

The forefront of things seemed like LP had everyone on her side; everyone was eating from the palm of her hands. Not for long. Right as things settled, ‘they took the shine off’: “At first, all the label deals I got in the beginning, they’d be like, you’re great. You’re amazing. And then they’d try to tweak me and change me to fit in better, even musically,” she confesses.

LP mentions she paid the price for not altering parts of her that were not ‘mainstream’. However, build on her honesty and she wants to be a caveat to other people: “You have to persevere and keep being yourself because otherwise, you open that door for people to try to change you. I think that’s a shame because the whole point of all of it is that we want to see, we want to see something that’s unique,” she lays down much-needed words of wisdom.

If you look at someone close enough, you will learn interesting things and reveal unexpected connections. Of course, into our chat, we came with questions. One of them being LP’s interest in Russia. “Are we on the right track?” The reason being a recent live album recorded from Moscow out of all places and LP’s elegant tattoo of the word ‘love’ in the Russian language on her inner bicep. Our assumptions were correct indeed.

LP elaborates: “I feel like growing up; it was always this place that I’d never thought I’d go, cause there’s been so much political stuff between our two countries forever—the Cold war and everything that you taught in school. I don’t have any animosity toward people I don’t know. I’m excited to meet people. But I didn’t have any thoughts about Russia. When I went there, I was just overwhelmed by all the beautiful, positive love I was receiving from all kinds of people. It’s no secret, my LGBT whatever, you know. I didn’t feel any of that there. I have grown-ass straight men coming up to me; it was so cool. I got love tattooed on my arm. You know, it’s love, it’s translated into every language. Even the harshest person loves something.”

Touring Europe is something we will not be able to do for a while now, thanks to Miss Corona. Yet, some artists like LP found a way to their fans. LP hosted a global live stream performance, ‘Virtual World Tour’ in August from L.A. Beehive Studios. Following this success, she also performed two drive-in concerts on 14th November at OC’s 88FIVE LIVE in Los Angeles, also streamed worldwide.

Combined live streams of separate songs are exceeding millions. But for LP, as any artist would, she did not find performing with no audience so easy. “It was really difficult, to be honest, I’m not a fan of it. It’s a little too under the microscope for me, and it’s not like I’m not injected with that adrenaline from the fans. So it’s like, I’ve got to do it myself. It’s more work. I think I did okay. But I’d like to be better at it,” always striving to be better.

With the newest release of ‘How Low Can You Go’, LP introduces a new sound. “It’s a nice new sound for me that it’s still me obviously. It’s like a newer kind of sexier thing. You know, in my house, I like there to be more and more rooms, it’s like, Oh, let’s go in here”.

“Last time I saw you

We did coke in a closet

At the Chateau Marmont

We were happy and on it”

“The song is talking about all the wild nights that you have had, and it has you wondering, like where my life is going to go”, LP illustrates. “Sometimes when you’re in that kind of place where I’ve been there before, and I would think wow, what if I stayed here and you see people that do do that, and it’s just a thought. It’s losing yourself in the party life. IIt’s those nights, those dark, sexy nights that you have, and you’re like, wow, I could stay here forever. But I might lose myself”. By watching the steamy music video, you will understand exactly the vibe LP was going for.

“There’s an album coming for sure. There’s a bunch of songs coming down. I do have a couple of slinky songs like this on this record, which is really fun”. And we will leave you with that. LP confirms there is an album coming, and we’re buzzing to hear it.