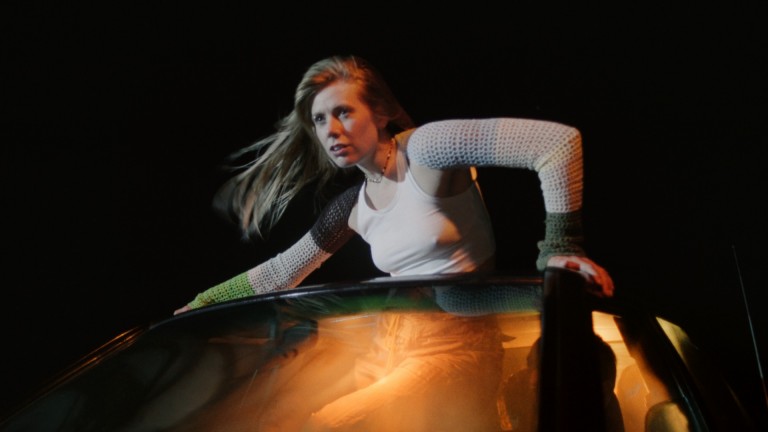 Copenhagen based duo, AICK, one of the most talented emerging names on the Danish scene, who last year released their promising self-titled debut EP; ‘AICK’, sparking a growing interest in their home country. Now the duo set their sites beyond the Scandinavian borders with fresh new music, this time diving into their experiences and insights on youth, partying and loneliness.

‘Default’ is the first single from AICK’s upcoming EP, inspired by the melancholic rush that hits when you’re in a chaotic state of mind and about to drunk call someone for all the wrong reasons. It’s the feeling of something or someone missing, all the while you should be happy with your friends tearing up the dancefloor at a party. Ultimately visualising the returning fear of missing out that returns when the party is coming to an end, daylight is rising, and you’re unwillingly heading home alone.

Diving into the track produced by Oscar Moos, ‘Default’ introduces a groovy drum and a spirited hook line that immerses the listener in a lively party right from the get-go. The tone is challenged by dreamy arpeggios, long trumpet tones and lyrics that hint at a state of emergency singing “If that’s all that you’ve got, you better hold on for long. There is no safety net”. The lyrics are loosely reminiscent of songs such as Robin’s ‘Dancing on My Own’ , exploring sadness on the dance floor.

Digging even deeper, the song also touches on elements of social commentary about the digital times that we live in, AICK gently tries to remind themselves and everyone else to be more present, playing on the themes of connection and disconnection. If you listen closely, you can hear short phone-samples, hidden in the production.

The music video for ‘Default’, directed by Caroline Hajny, portrays the difference between being present, and being absent in situations most of us can definitely relate to. The video invites the viewer into a small time-capsule from the 00’s, visualising the overall themes of the song.

The video translates the track’s energy, and the nostalgic rush of youth almost taken straight out of a scene from Euphoria. There’s a darker underlying message in the video, coming from the main character, lead-singer Helene Høier, who continues to drift away from the friend group seeming distanced and absent, craving more than what she’s experiencing in the moment. Eagle eyed viewers might spot the reference to one of the most iconic 2000s album covers by Avril Lavigne. The video ends with a memorable, mesmerizing drone-shot, which also works as a look into Helenes mind, where she is lying alone and abandoned on top of the car, which used to be the center of the party, while we pan over the horizon and the morning-sun telling us the party is now officially over.

‘Default’ marks the beginning of a new era for AICK, whose full EP will be released in the following months.