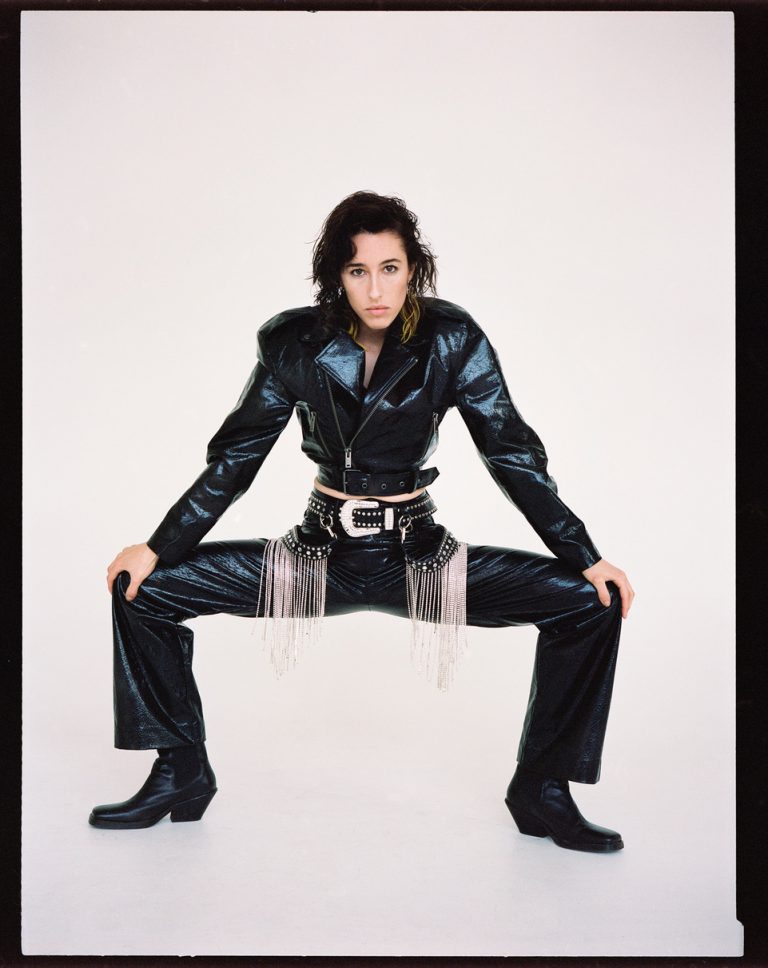 Drew Sycamore Is Ready To Take On The World

“It’s like a really good wave is coming and I am gonna surf the shit out of it,” states Drew Sycamore, euphoric to be rehearsing for live shows again. The Danish singer/songwriter releases a new album ‘Sycamore,’ full of “unapologetic iconic pop tunes that will break your heart and put it right back together.”

Coming from a small place in Denmark’s countryside, Sycamore’s dreams outgrew her hometown, and at the age of 19, she left for the UK and started a band, DREWXHILL. Later on, she sought a different outlet from electronic music and embarked on a solo career.

Constantly being pushed by the universe towards music, Sycamore put the work in and gained over six million streams for her debut album ‘Brutal.’ In 2020, she released the infectious ‘I Wanna Be Dancing’ and landed a nomination at the Danish Music Awards.

Drew Sycamore is an artist to watch, ready to take on the world with her new album ‘Sycamore.’ During our chat, she reveals more about her journey, obstacles, and the longing for someone that inspired ‘Jungle’.

How did you get into music?

Yeah, well… That wasn’t always easy. I grew up in a small town in the countryside and I really didn’t know where to start at all. I remember when I turned 16 I had a meltdown because I felt it was too late because I was not even close to anything remotely popstardomly and Britney Spears had her major debut breakthrough when she was 16. (i’ve learnt to let that go, lol)

I went to the UK from Denmark when I was 19 and started a band called DREWXHILL and that was a time where I really got into the underground club scene. I loved that. Somehow stuff started happening for us and that was very exhilarating. Then my mum passed away from cancer and that was a big blow for me. I was out for a long time and I didn’t know if I was ever gonna come back after that. I went back to Denmark and started feeling the urge to write again after 1,5 years of a really intense change in who I was. And this is a point in my life where it gets spiritual. Honestly… I feel like the universe wanted me to run towards music. I definitely got a major leg up all of a sudden. Write a few songs with a mate, sent them out to everyone I ever knew in music (and I mean everyone). I even blagged my way into some inboxes. One month later I was warming up for Alex Vargas in the biggest venue in Copenhagen and he asked me to come on tour. Still cant believe my luck. Haha.

How would you describe the music scene in Denmark?

Fairly small. A lot of super cool creative people. I see a lot of insanely talented women coming onto the scene at the moment. I think we’re all very inspired by our native Mø who is an international pop icon! I know I am!

Would you ever want to live in London at any point in your life?

I went to Goldsmiths and spent a lot of time in London. I love London to absolute bits and I feel at home there. I also hate it sometimes because of the density. I can never time manage how long it takes to get from one place to another so I am always late. I would like to live in London at some point… I think a part of me is just waiting for some excuse to do that. I’m hoping music can give me that excuse.

Why did you decide to go solo after being a part of DREWXHILL?

I am a singer and songwriter at heart and I think I needed that outlet elsewhere from the electronic scene. However it was terrifying to go on, on my own. It meant I was the only one to bear the wight on my shoulders and I was so unsure whether I ever had the talent to do that. I think deep in my belly I felt I had to for some mysterious reason. Funny how that’s driven me. I really really honesty don’t know where the heck that comes from. Thing is… everything about this job is embarrassing haha. Like, going on stage is the single most embarrassing thing. Even doing an interview. But hey, gotta do it right!? Haha. I love it now, but I used to be such a wreck.

After losing your mother, what made you come back to singing?

I’d love to know the answer for this one.

How is your debut album ‘Brutal’ different from the music you’re marking today? How did you grow since that record?

I grew immensely. I really did. But I am all the time. The twins (Frederik and Fridolin Nordsø) also did my ‘Brutal’ record with me, or they executively produced it, as it was such a long process. They finalised it and I was quite happy with how it turned out and the mood around the visual aspect. It was dark and I feel like that darkness was harvested and isolated with ‘Brutal’. It meant I could move on from the past and that’s felt really good.

When we started making ‘Sycamore’ I just really got deep into playing music, properly. Working with rhythm on a whole new level. Also in my vocal. And I love that. It’s all a journey and the whole point is being just far enough out into the water where your feet no longer touch the ground. That’s where I aim to be. Good stuff happens there.

What is the inspiration behind your new single ‘Jungle’?

It’s a song for my ultimate muse. It’s written under a violet sky in June. Such a vibe. I think there’s a lot of longing it that song. I feel it. It almost aches to sing it. Longing for someone who is close but yet so far away. And being like proper in love but not knowing what to do with all that energy. Powerful stuff. The mind plays games with you and you’re just a passenger.

How did you come up with the concept for the ‘Jungle’ music video?

Oh lord… I only had a vision for the aesthetics and I got in touch with brilliant young director, Andreas Landgaard, who came up with all the rest. When he presented me with the ideas of making a sci-fi movie in which I clone myself and was in completely shock. But I knew we had to do it. It was crazy. And crazy is perfect! Can you feel the ground?! Nope! Let’s do it! Andreas made it come together and that video is beautiful. I am so lucky to work with such geniuses!

Could you talk us through your last summer, your struggles, and how you got better?

Struggles? It was a struggle… It was like the perfect summer for me hahaha. I had literally not one moment of fomo and I could be the weirdo recluse I actually am without anyone asking silly questions. It was brill. And I made the album I always dreamed of. Definitely got the best out of that situation I feel.

What themes were important to you to include in ‘Sycamore’?

None in particular. I think mainly the feeeeeling of flow was important to me. I think the listener feels everything that went through my body in the process of writing the song and  that was important for me to get that infinite flow feeling across. “The universe bloody love you to bits, little monkey!” – that was the feeling I wanted to convey!

How would you describe ‘Sycamore’? What’s your favourite thing about it?

My favourite song has been ‘Bodytalk’ ever since we made it. I don’t know why. I think I love the space in the music. There’s a lot of room for music and instruments on this album. I like that.

Wellll… Probably just some regular world domination… 🙂  I’ve got my tour coming. 18 shows in DK. And hopefully with the world opening I will be playing a show in London in the near future! Stay tunes on my socials @Drewsycamore. Thats where I keep the Drew crew up to date on stuff like that! I hope I will see you there!