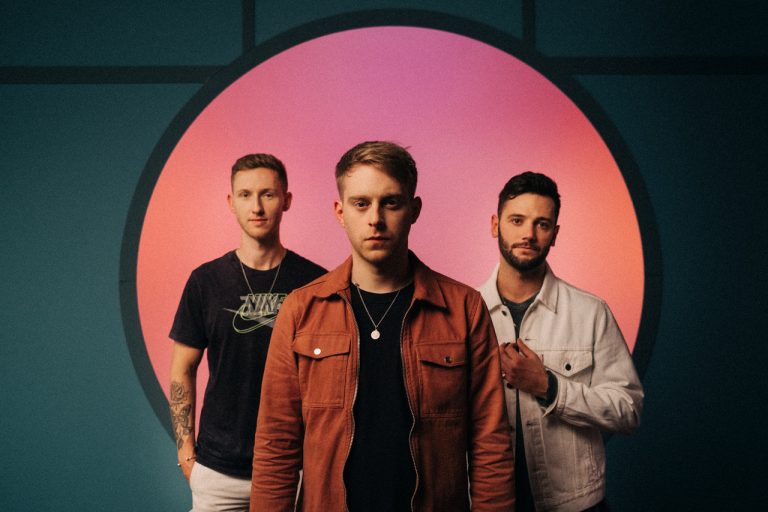 Flawes are on the rise, and they’re having a blast too. With an infectiously positive outlook on life, high energy tracks and optimistic yet relatable lyrics, the alt pop trio gear up for the release of upcoming EP ‘Reverie’. Coming out on 26th February, JC (Josh Carruthers), Freddie Edwards, and Josh Hussey tease fans with 3 singles from the 6 track EP: ‘Holding Out For The Win‘ released in November, the most recent release ‘What’s A Boy To Do‘, plus upcoming single ‘Higher Than Before’, which you can expect very soon.

Having previously worked with six time Grammy winner Finneas, received praise from the likes of Billie Eilish, and even broken a world record for the most individual live streamed performances of a single song in a twelve-hour session, there’s no telling what Flawes have in store for 2021.

We grab 5 with JC, Freddie and Josh to talk about how the band got started, pandemic life lessons and the meaning behind ‘What’s A Boy To Do’

What got you started in music?

Freddie: We all had slightly different paths into music but we all shared that same love for it from the start. It’s such a tough industry that I think you really need a lot of passion and dedication in order to get somewhere! Growing up, we all put a lot of time into improving on our instruments and trying to meet like minded people. For anyone just starting out – keep at it!

How did you all meet to form Flawes?

Huss: Me and JC actually went to High School together, then we randomly bumped into each other in London about 6 years ago when JC had first started writing for Flawes. We were introduced to Freddie through a mutual friend, after one rehearsal together, that was it, we never looked back.

What’s the new single “What’s A Boy To Do” about?

JC: ‘What’s a boy to do’ is all about focusing on the positives of a bad situation, much like the rest of Reverie it carries a positive uplifting message. Specifically the song is based on a time when I was a kid and sheepishly walked up to the girl of my dreams and asked her to be my girlfriend. Instead of being heartbroken and gutted when she said no I was so proud of myself for having the courage to ask. At least I tried my best and I did what I challenged myself to do!

Huss: It varies from song to song. We don’t like to put any rules on it, sometimes JC will send us a voice note of a melody and we’ll start from there, other times Freddie will come up with a guitar riff, that starts an idea. Sometimes even a drum groove could spark an idea. We like to let each song develop naturally. This year, given all the lockdowns, we’ve all been able to work separately on developing and producing new music from our home studios.

Do you prefer playing music live or recording songs?

Huss: 100% live. Nothing beats it or even comes close… it’s the reason we all get out of bed in the morning. I don’t think there’s a better feeling than hearing the crowd singing lyrics back at you at a show, we can’t wait to be on the road again for as long as possible once it’s safe to do so.

JC: We spent three days in the studio with Finneas back in 2016, and still keep in touch with him now. He’s such a talented songwriter and musician! We ended up writing our song ‘Blank Dice’ together. One thing in particular that springs to mind from those sessions is he taught us (to our amazement) that sweet potato fries go amazingly well dipped into Maple Syrup! You should try it, it will blow your mind haha.

What would you say is something that makes you strive for greatness?

Freddie: There’s this idea of aiming up in life that resonates with me; the idea that small actions can amount to something big with consistency. If you imagine the impact that a small change to a ship’s coordinates would have before it set sail across the ocean… it would end up in a different country! Keep consistent with those positive habits and before you know it you’ll have made progress (fully aware that I’m sounding like a self help book right now haha)

What’s one thing that you think this pandemic has taught you about life?

JC: I think we’ve all learnt so many things through this tricky time. I think most importantly though the realisation of how fortunate a position the three of us are in to be able to do what we love for a living. I saw an interview with ‘Michael Kiwanuka’ a couple weeks ago who said he would promise to never complain on tour ever again as he missed it so much… we totally agree with that sentiment. Not since we were 13 have we spent this long a time away from playing a gig. I get goosebumps thinking about how playing that first chord to a full crowd will feel like when the world goes back to normal.

Is there anything you’re doing in the future that we should be looking forward to?

Freddie: We’ll be releasing our EP Reverie which is super exciting! Spending this time at home is also allowing us that bit more time to write new music. Outside of that, we’re always busy creating something fun and different for our fans! We can’t reveal everything just yet but it’s safe to say there will be lots of content coming from us in the near future. We’re all desperate to get out there and play to a crowd again, but until it’s safe to do so we’ll have to stick to entertaining people from the comfort and safety of their own homes!