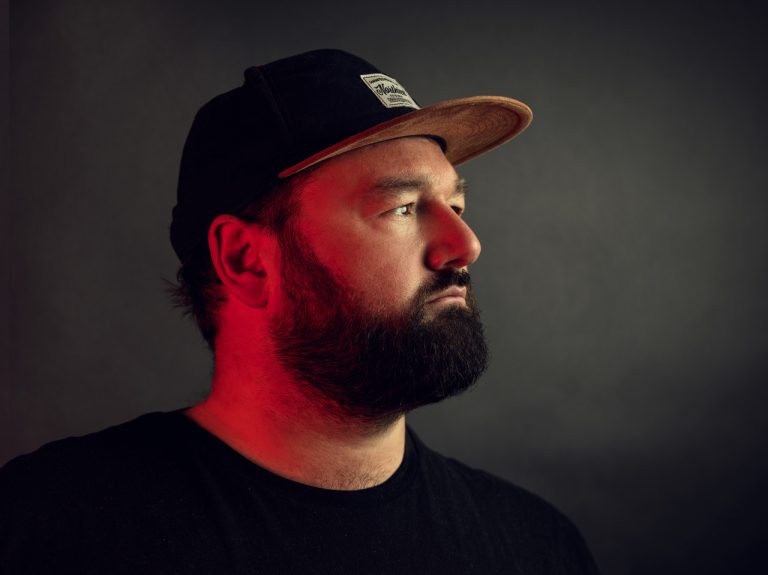 Get To Know Maddox Jones

Entering the music scene as a solo artist, Northampton dance-pop singer/songwriter Maddox Jones takes a snapshot of his life and plans to execute it as a debut solo album titled ‘Believe It,’ out April 11th. The lead single ‘Ready To Be Better‘ deals with the paralyzing overthinking cycle and self-development.

Throughout our conversation, we get to know Maddox Jones as a kid growing up in a Christian community without a TV or radio, as a former band frontman, and now a solo artist who is ready to write music inspired by his personal events. The motivating aspect of competing with his friend encouraged young Jones to play the guitar as an a7-year-old.

Later on, Jones elaborates on the politics of being in a band and the overwhelming freedom as a solo artist. He takes a second and reminisces over the surreal experience performing at the Reading & Leeds Festival and Glastonbury.

For his debut solo EP ‘Headspace,’ Maddox Jones stripped everything back and focused on the reality of things. “I was buzzing on honesty in my lyrics. I wanted headspace to just be a snapshot of how I was feeling and what I was going through in life at the time”.

The forthcoming debut solo album ‘Believe It’ will result from two years’ worth of work. During our chat, you will comprehend the personal and artistic development of Maddox Jones.

What are your main intentions for this year?

Write more songs, live more in the moment, read a lot more, write a diary, learn some new recipes to cook, walk 3k everyday, which is probably about 10 thousand steps. Also, for my album to be successful 🙂

Were you involved in music at all growing up??

Yes, very much so. I was brought up in a Christian community where music was only meant to be played to worship God. I learnt to play guitar when I was around 7 and I started writing Christian songs and submitting them to the church worship leader in the hope that they’d be picked. I never did get a song picked, but then again I was a 7-8 year old boy so it was probably quite unrealistic. We didn’t have a tv or radio growing up so writing music was a huge outlet for me. All other music that wasn’t Christian was called ‘Worldly’ music and as a teenager I was hugely pulled to finding out what this strange mystical ‘worldly’ music was all about of course. I used to go round my friends house and rape the radio and bring it home – Spaceman by Babylon Zoo was the first single I brought lol, I thought it was amazing at the time, that track hasn’t aged particularly well.

How did you initially get into music?

I got into music mainly because I was encouraged to be Creative as a kid growing up, me and my friend Mikey ( who also grew up in the church) learnt to play guitar at 7 years old, we were in competition and he was always slightly better than me.

How would you compare being in a band compared to being a solo artist?

Well, there are no politics if you are a a solo artist and you can work with who you want and the whole vision comes from you. In a band there’s a bunch of people with needs, feelings, ideas and if it’s not properly managed you can fall out etc. I used to love being in a band, bouncing ideas off each other, walking down the street all wearing the same kinda clothes, being in a band is like being in a gang, it’s cool. Nowadays though I prefer being solo, although I still love bouncing ideas with producers etc.

How was your experience supporting The Killers and Placebo and playing at Reading and Leeds Festival and Glastonbury?

It was amazing to be fair and also very surreal. When you walk out on stage at Wembley arena, the sound that thousands of people clapping makes is like ocean waves crashing around the place, and then in what seems like 5 mins it’s all over and you don’t really know what just happened. I remember playing Reading festival when The Departure had just had a top 40 hit with All Mapped Out, and there were all these people in the crowd clapping along and shouting ‘Northamptonnnn’, that was an epic moment! Glasgow is just Glastonbury – something special about that place, it’s like stepping into another world for the weekend. We played the John Peel stage and it was packed, great memories.

What did you want to express in your debut EP ‘Headspace’?

I’d just gone solo at this point and I was buzzing on honesty in my lyrics. I wanted headspace to just be a snapshot of how I was feeling and what I was going through in life at the time. There’s a break up song on there (no more ghosts), there’s a song about meditation (headspace), and there’s a song that’s autobiographical called More than this which references how we used to wear women’s clothes from Primark in my old band The Departure. In my previous band, Born Stranger, I had started writing songs that I thought people might relate to rather than from personal experience. the headspace Ep was the most honest music I’d ever released so a bit of a landmark for me.

How was it releasing a solo debut project during the pandemic?

Well, I mean it just was what is was really, we’d already scheduled the release I think just before covid hit. What it did do was create a bit of a community for new artists with online streaming etc. With everyone at home it allowed me to connect with people in a way that I guess people wouldn’t usually have time for. Social media was a big part of what kept us sane through lockdown, and with most the bigger artists pushing back their releases due to being unable to tour etc, the pandemic shone a bit of a light on newer artists so that was a positive to come out of the awful situation I think. I played a gig just when lockdown had lifted and it was the first gig I’d played for ages. It was in the garden of the black prince in Northampton and it was an amazing occasion, everyone was ready for live music to return.

What was your intention behind releasing ‘Can’t Wait For The Summer’ during such unprecedented times?

Well, summer 2021 was literally when the covid restrictions were finally being lifted so this song came to me at the perfect time. Everyone seemed to connect with the lyrics, especially lines like ‘and my eyes wouldn’t be locked to a screen and my joy wouldn’t come from a meme’, very relatable lyrics for that time. As with a lot of my songs I don’t really know where it came from I just sat down on my guitar one night and the lyrics poured out of me, very lucky to have those types of songs come to me once in a while.

Could you explain what inspired your new single ‘Ready To Be Better’?

I remember picking up my guitar New Years eve 2020 and I was in a place where I was pretty much sick of my own s**t. I decided to write a song of exactly where I was at at that time. I looked at the time on my phone took a deep breath and let the words pour out of me.  “It’s a quarter past 3 on New Year’s Eve but it could be any day from the past few years I’m skating on ice, fighting my vices yeah.” I was partying too much and felt like I’d been been pretty selfish in a lot of ways. It’s basically like an extrapolated version of waking up with a hangover saying “I’m never drinking again”. I felt like I’d let people down and I wanted to say sorry. I’ve been sitting on this song for a minute, but 2 years deep into Covid it feels relevant in a whole new way, I think we’re all ready to be better.

What can you share about your upcoming album  ‘Believe It’?

The main themes of the album are relationships, love, self development and dealing with addiction. I’ve written this album over the past two years, so everything that’s made me feel a strong emotion in that time, I’ve written a song about it. I’ve fallen in love, I’ve battled with drugs, and I’ve been doing some shadow work, affirmations and different types of meditation. The album is vulnerable and authentic and a snapshot of me as a writer and person right now.

What would you say this project was mainly inspired by?

This project is mainly inspired by the shit that goes on in my head really and what I go through and discover in my daily life. This album is inspired by my life.