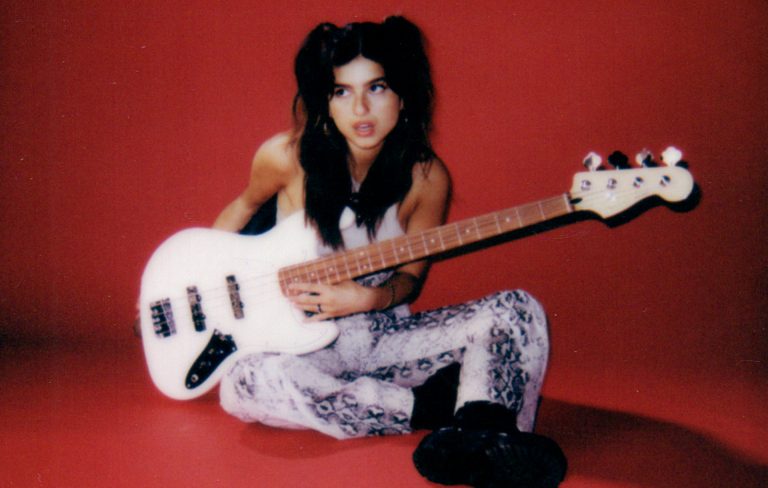 This year has been full of uncertainty and loss. The world has us pondering how unfair it is. No one can hide away from what it has in store for all of us. Neither can Lauren Isenberg, professionally known as renforshort—hailing from Canada, renforshort dives into her lyrical inspirations,  honesty in music, and the acceptance of young artists in the spirit of unveiling her new track ‘afterthoughts.’

“‘Cause this life doesn’t always, go the way it should, sometimes bad things happen, to people that are good, it’s not fair,” sings the Toronto native renforshort. The only 18-year-old singer uses her lyrical talents to illustrate the usually subconscious thoughts. Her mesmerising new single ‘afterthoughts’ allowed her to get vulnerable like on no record before.

Getting to this point in her career, renforshort calls’ insane’ as it took hard work to discover her sound: “I started working on my music legitimately four years ago now. However, I put my first song out just under two years ago. I just worked and worked until I got the sound I wanted, which took about three years, which is insane now that I look back on it!” she admits.

“Today was a pretty day, no disappointments no expectations on your whereabouts,” she cites her favorite lyric. “That’s the lyric that always got me. Every time I hear it, I feel like everything’s gonna be ok! It’s such a simple, beautiful lyric that always makes me feel good. That’s when I knew I wanted to make lyrics like that for other people so that they’ll feel like everything is ok, and they’re not alone!”

Her debut EP ‘teenage angst’ serves the exact purpose of comforting others. Including songs like ‘idc,’ ‘i drive me mad,’ ‘tearfully depressed,’ renforshort dug deep. “The EP is pretty ambiguous. There’s a lot of different sounds and styles. It’s almost like a tasting plate haha. It’s a mix of the music and artists that inspire me and my favourite songs to make. There’s slower songs and more upbeat rocky songs, but overall, it’s pretty lyric-driven. I talk a lot about mental health and teenage relationships. It’s pretty loaded, but my thoughts and feelings inspire it,” she explains.

At such a young age, renforshort aspires to show her true self, as that is how she relates to art. Authenticity was not always so accepted in mainstream media. Talking about one’s mental health struggles was considered taboo. Renforshort analyzes the idea of being true to yourself: “I think there was a lack of honesty in mainstream pop before, but there were always artists talking about it in music, in visual art, and in books and poetry. That’s what connected me to those mediums. They were so honest, and I knew that I wanted to hear more of it. Not everyone looks at a piece of art and can say, ‘oh, I feel this, I understand what they were trying to say.’ However, for music, it’s being told to you. That’s the power of music and lyrics”.

Like Taylor Swift bluntly said in her indie-folk masterpiece ‘cardigan’ – “When you are young, they assume you know nothing.” Renforshort agrees this is a common misconception of close-minded people; she is not creating art for: “I think that being so young, people automatically assume you don’t have enough experience to talk about shit. However, I think especially now that’s changing. Young people now have experienced so much fucked up shit that we have matured and learned faster than other people. It’s annoying that people won’t hear you out cause you’re young, but I don’t make music for close-minded and ignorant people, so that’s not really a concern for me”.

By contrast, renforshort believes her age is a blessing in a world that does not promise you another day: “The best thing about being an artist now is how accepting most people are. You can kinda just do whatever you feel like doing without too much judgment. The worst thing, though, is navigating around the atrocity of the world. You never really know what tomorrow will be because everything just gets better than worse, and it’s a cycle, so it’s hard to be sure”.

A fellow Gen Z’s favorite, beabadoobee, is an example of an artist who embodies the voice of the young, insomniac dreamers that are today’s teenagers. Renforshort has been very vocal about her respect and love for Bea’s artistry: “Bea, for me, says what I want to hear. She’s around the same age as me, and all her music I relate to. We’re growing up together, and she writes about a lot of the same things that I feel and think about!”

The newest dose of renforshort’s art-pop is ‘afterthoughts,’ taken from the soundtrack to the upcoming Disney film ‘Clouds.‘ While this movie evoked certain emotions that kept her up at night, with ‘afterthoughts’ she was able to show a more vulnerable side. “It follows a way different narrative than most of my other songs and allowed me to be more vulnerable than I have been in the past. Immediately after I watched ‘Clouds’ for the first time, I was filled with emotion, and all these thoughts were going through my head. It’s a very emotional movie. It touches on love romantically and familial, health, and fulfilling your life and achieving your dreams,” renforshort tells.

It was the fear of death making the singer going in circles with her thoughts when the lights turned off, and ‘afterthoughts’ touches upon this ‘ stream of consciousness and the things that keep her up at night’: “Well when I was younger, I used to think about my life a lot.  I was really worried about dying. It’s kept me up all the time. As I got older, that stopped worrying me as much, and now to avoid thinking too much before bed, I watch tv and youtube to keep me distracted”.

Renforshort now focuses on her next album.