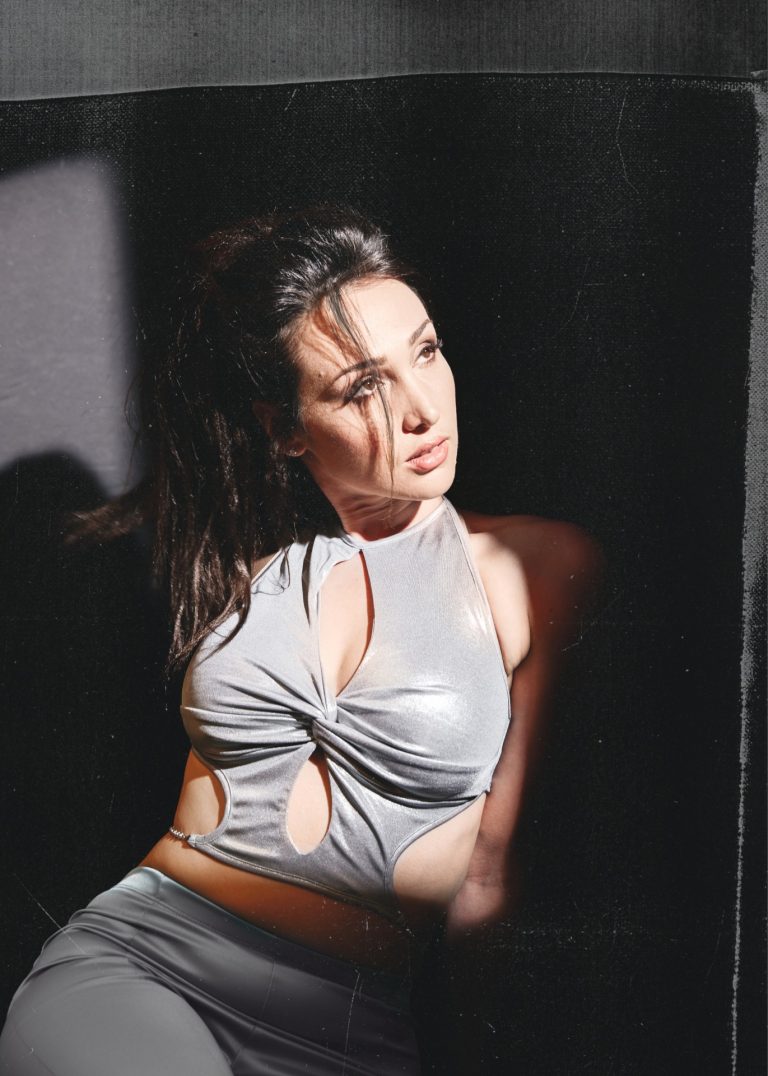 American singer songwriter HARLOE caught the attention of many after a series of featured vocal appearances, working with the likes of Robin Schulz, Cash Cash and SNBRN. It introduced the artist to millions across the globe, and almost instantly people were taken aback by her powerful vocal prowess, which felt at home no matter the genre. Perhaps there’s little surprise that HARLOE’s solo career has since rapidly taken flight, with a string of catchy singles, each with a unique aesthetic of their own. Her latest single ‘Overthinking’ sees the artist collaborate with the legendary Nile Rodgers, and may well be her most compelling offering to date.

Primed for the dancefloor with its slick ’70s basslines and buttery synths, ‘Overthinking’ is the ultimate feel-good disco track. However, despite its infectious aesthetic, lyrically HARLOE tells the story of a troubling relationship, where she laments the confusing feeling of not knowing where the other person stands, and the emotional unravelling that happens as a result. It’s a song that displays the artists strong song writing ability, whilst telling these personal stories in a manner that’s fun and joyful. After a hugely successful response to ‘Overthinking’ we caught up with HARLOE to learn all about the song’s inspiration, her love for the disco genre, and how the collaboration with Nile Rodgers originated from a rather unique, and impromptu meeting.

Hey HARLOE! Congratulations on the release of ‘Overthinking’. How did your creative path lead you into the music industry?

I always loved being creative and writing songs, so after high school I knew that I wanted to find my way into it. When I moved to LA, session by session I started to pave my own path and connect with people who felt the same way about music as I do. It’s still part of my process today.

In a relatively short space of time you’ve not only released numerous popular hit singles, but also collaborated with some of the world’s most prestigious producers. What’s been the key to your early success?

Being open to opportunities and where they may lead you. There isn’t always one path and certainly not every path is for everyone. My biggest help has been my gut feelings and I am learning more and more to trust them.

Earlier this year you worked with Chicago rapper Mick Jenkins on your single ‘PWR RNGR’. It saw you broaden your sound with a range of slick basslines, and bold electronic production, whilst delivering empowering lyrics. How important is it for you to continue evolving your artistry with each release?

It actually isn’t super important to me to evolve my artistry with each release. I look at it more as a mood board. Certain songs go together to me and I love allowing myself the chance to swim in those feelings for a while if it feels right.

You’ve just released your latest single ‘Overthinking’, a disco infused banger. What was the inspiration behind the track?

The song really was inspired by talking to Nile in the studio and him saying “What are you trying to say here?” once he heard the bridge- which came first. I am a big overthinker (funny coming from someone who tried to trust their gut) and I’ve always wanted to write about it.

What pushed you in the direction nostalgic, 80s direction? Have you always wanted to delve into the disco genre?

I have! Always loved movies from the 80’s and the cosy feeling they have. I feel the same way about the music- there is something so classic about those synth lines and the way the melodies always felt effortless. I wanted to bring that into my style.

The release sees you collaborate with the legendary Nile Rodgers. How did this collaboration come about?

It was so random and that is part of why I love the story so much. I saw him on the other side of the room at Abbey Road Studios. I knew I needed to meet him, so Fred Ball (producer) and I just started blasting our music so loud to get his attention. I still can’t believe it worked! He came in and the song was written in that moment!

Given the impromptu nature of the collaboration, how much of it’s creative process came down to your determined nature?

I think I got more determined through the years of living in LA and realizing that you only get the chances you take! So much of creating comes down to that, even taking the chances in the studio. Better to go for it and it not work out than never knowing.

‘Overthinking’ is accompanied by a retro inspired music video that adds to the songs feel good aesthetic. What encouraged you to create a visual element to the songs story?

I wanted to set the mood for the song while still keeping it easy and playful. The song tells the story in a breezy way, so I was drawn and inspired to put looks and ideas together for it. I usually get a sense for a visual quickly, but with this song I didn’t. There were so many ways to take it, but I loved simplicity of where the visual landed.

What can we expect from you in the near future?

I have been loving the feel-good music. More of that. WAY more. And shows. Being on stage again with new music is the best.