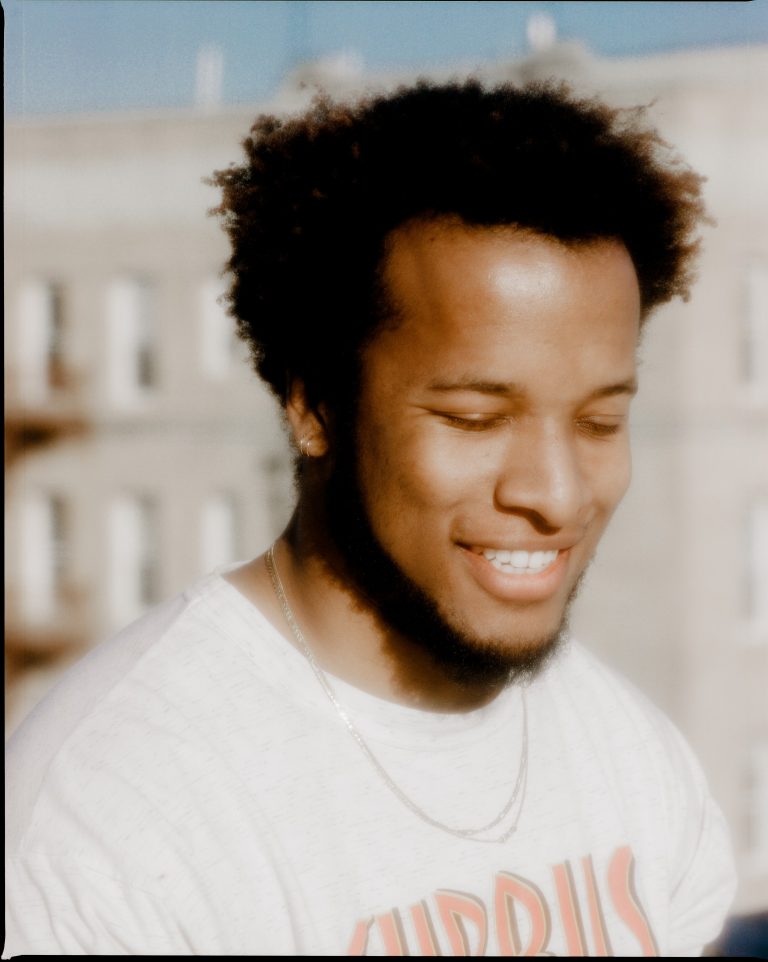 In Conversation With Cautious Clay

It’s a few minutes after noon in Brooklyn as Joshua Karpeh answers the phone avowing to his morning scratchy voice. Better known by his stage name Cautious Clay, Josh finds himself in a good headspace one day before releasing his new single ‘Dying In The Subtlety’.

Yes, it is ‘release week’ for Josh, but the world still wonders and ponders the US Elections. “I think that there’s this encouraging fear that there’s still not going to be much that actually gets done” we get right into it, as Josh admits his passion for politics. “In general, people are certainly relieved that Biden won the election. But in the context of people’s livelihoods and their ability to operate in society, I’m hoping it isn’t going to be a similar kind of oligarchy; a lot of super-wealthy people keeping power, and the average American is still suffering”, he worries.

“I think Kamala Harris and Biden will be hopefully doing their jobs, and we can at least have a dialogue with them where they’re accountable, as opposed to Trump, who is not even remotely accountable to anything,” he adds.

Now that we got that out the way, a little politics session one on one, we go on by discussing the beginning of Cautious Clay. As much as music was always a part of his life, Josh concedes he was a late bloomer. “My interests started from around when I was seven, and I learned the flute, and then I learned saxophone in high school. In college, I started to make beats and was in different types of bands. I was doing background singing as well. I was just trying to do as much as I possibly could within the realm of music. I didn’t even really start to sing until I was around 21. I could definitely say I was a little bit of a late bloomer in that context, but I think music, in general, was always sort of a natural thing for me; growing up, I was always doing it even if it was just a hobby”, Josh explains.

Thinking back to his SoundCloud days, where he remixed Sam Smith’s ‘Lay Me Down’ and Billie Eilish’s ‘Ocean Eyes,’ Josh built a solid community of fans who nurtured his talent and allowed his creativity to flow freely. “It gave me the context I could make random stuff that I like, and people will go to it. That gave me the inkling of confidence to be like, ‘Hey, I can put out my own music, and I think people will respond to it’ because I’ve built up this random SoundCloud following. I feel like still half of my SoundCloud base is just like beat heads”.

“I thought it was clever”, Josh laughs. I nodded as he explains why he chose the stage name ‘Cautious Clay.’ He continues: “I’ve always been into the English language and how to use words. I think I came up with it cause it sounded nice. And I also felt like it sounded better than ‘Particular Clay.’ I’m very particular about my music, I like to make stuff in a certain type of way, and I have a vision for it. So I think it’s almost like I’m cautious about it. I also thought it’s similar to Cassius Marcellus Clay Jr., who was Muhammad Ali”.

As Cautious Clay, Josh has collaborated as a writer and producer with many other notable artists, including John Legend, Billie Eilish, John Mayer, and Taylor Swift. Josh compares writing and producing for others to a speed dating activity with emphasis on having qualities like empathy: “When it comes to music for other people, so much of that process is dependent on the artist that you’re writing with. And it’s sort of like a speed dating activity. When you get to know somebody and work on a project with them, you have to connect. It’s not just as simple as always just writing a song for someone. I think it can depend on that artist’s attitude, but it’s similar to getting to know the aspect of being a producer that can be challenging. Cause it’s not about just being talented. It’s also understanding what’s right for the artist. And like from a human perspective, just like having certain qualities of empathy and understanding”, Josh depicts the in’s and out’s of being a producer.

Before moving to New York City, Josh was born and raised in Cleveland, Ohio. The city is full of great classical and jazz musicians, but other than that, Josh shares his perspective of Cleveland lacking a homogenous identity within the music scene. “There’s definitely rappers who’ve come out of Cleveland, like MGK and King Chip and stuff. I actually remember when they used to just be at the mall hanging out. There’s a lot of people who rap Cleveland, but there’s not a homogenous identity or culture within the music scene from what I’ve gathered, at least”.

Opportunities started flooding in once he made a move from DC; after graduating from George Washington University, to New York. “I’ve lived in DC for five years. I also felt like DC was a little bit small for music. I felt a little bit stunted there, and I felt like New York might be better, and then I think it also has to do with the music industry, it’s basically in New York and LA.”

Ever since his first hit ‘Cold War,’ the independent artist offers his signature blend of poetic and highly observant lyricism.

Taking inspiration right from the concrete jungle itself and a relationship that fizzled out, Cautious Clay debuted in style. “It was inspired by being in New York in a relationship that was on the fringes. There was a disconnect with my partner at the time, and we’re actually still on great terms. It was almost kind of setting the tone from a location and imagery standpoint”.

In the process of putting the finishing touches on his debut album, which is due to come out in Spring 2021, Josh stumbled upon a track that did not conform to the project’s vision. Instead, he intended to put out ‘Cheesin’ featuring Remi Wolf, Still Woozy, Sophie Meiers, Claud, Melanie Faye, and HXNS as a Covid Fund Relief collaborative release. Josh explains why: “It was an idea of mine where I wanted to get a bunch of friends together and make a song that felt fun and something new. I was going to have it for an album project, but then it got so big, and this song doesn’t necessarily feel like it fits super well on my project. As much as it was a good idea, I didn’t know what to do with it. Then COVID came about, and we were like, ‘what if we donate the proceeds?’.  It felt like a good thing to do, but also like a great way to promote music in a positive way”.

Following ‘Cheesin,’ Josh returned with ‘Agreeable’, a song that is ultimately about frustration. The reflective lyrics juxtaposed with upbeat production result from Cautious Clay and Jessie Shatkin’s (Sia) collaboration. As a fan of visual art and using objects to symbolise specific emotion, Josh enjoys actualizing his passions into directing and writing treatments for music videos. He elaborates on his thought process for the ‘Agreeable’ music video:

“It was the case of me just trying to feel like I was having a conversation with myself and sometimes being agreeable. Can just feel like it’s such a chore, like, even with yourself, like, Oh, am I doing the right thing for myself? Am I making the right decision in my life. So I felt like it was an interesting visual way to represent that internal conflict”.

The second snippet of his highly anticipated debut album is ‘Dying In The Subtlety,’ for which Cautious Clay also wrote the music video’s treatment. Josh presents what the track means to him: “The song is inspired by when you’re not in a situation where you feel like you can fully be yourself or you’re walking on eggshells. You’re saying something to someone, and they think you’re saying another thing. You misunderstand each other in essence. And I think that in a lot of ways in friendships and relationships, we sometimes will project what we think someone likes instead of actually listening to what they need or what they like. We’re all seeing things through a filter. We’re observing what we think people like, as opposed to what they actually like”.

Speaking of his new project, Josh promises we will be able to get our hands on it this Spring. “It’s very much like Cautious Clay. I talk about identity, relationships, community building, and trust. Those are the themes that represent me as an artist. There’s also an aspect of self-care and community building. That’s like a part of what I want to project in this album because it’s so much of what I am and who I am. Like I’m cynical, but I’m also positive”.

While explaining what his fans can expect from the next Cautious Clay project, Josh digresses to bare his heart and soul. “I want everyone to be able to feel vulnerable, but also feel like they feel vulnerable and be willing to be wrong, but also feel like they can have community through those differences. I just want to try to find the best in people, and I hope that people can understand each other without feeling like they have to tear each other down because they’re insecure because they have a longstanding perspective around the world that isn’t actually found in any  type of reality”.

After speaking to Josh, the only way to conclude is to say he is devoted to his craft, confident of his talent, sure of what he wants, and has the kindest heart. We’re excited to listen to the full Cautious Clay project in Spring. Hopefully, Biden will be in office executing his promises like the previous man, not to be mentioned, never had.