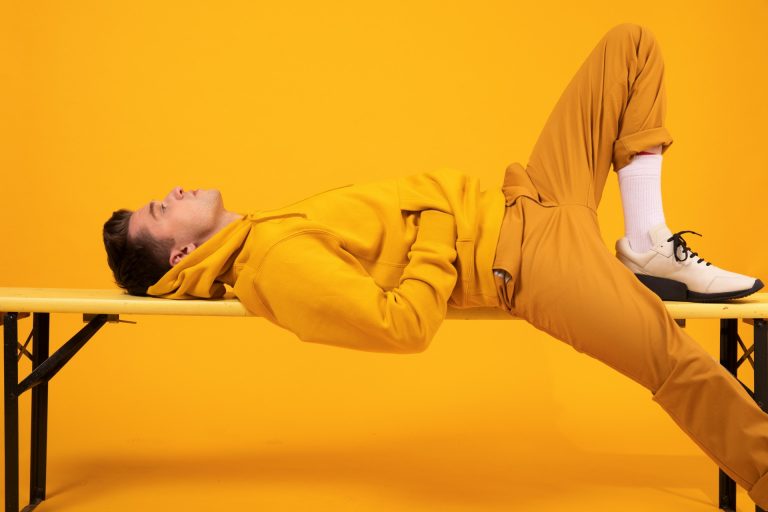 In Conversation With Flynn

Despise the doubters of his small hometown of Mullingar, London based singer-songwriter Flynn has overcome the naysayers and garnered global attention with his two hits ‘One Of Us’ and ‘B-Side’. Included on some of Spotify’s hottest playlists such as New Pop and New Friday Music, Flynn’s music has attracted new listeners worldwide and firmly positioned him as the new one to watch.

The talented Irish singer has now released his debut EP ‘One Of Us’ with another catchy new single ‘Selling Me Love’. We had the pleasure of sitting down with Flynn over video chat to discuss his first ever EP- telling me the meaning behind each of his songs and confessing his love for grime music as a teenager while being nostalgic and talking about Channel U!

Read the full interview to get to know Flynn behind the scenes.

Like a lot people Flynn was lost as a teenager and throughout high school he wasn’t sure what he wanted to do as a career- “there wasn’t a subject I was really overly good at, the only subject I did good at was English but I thought “what do you do with English?” I didn’t want to be a teacher- my mother was a teacher she was like (mimicking her) “You should be a teacher it’s a good job, well paid, good holidays!” but it was never on my list of jobs”. At the age of 17, a eureka moment happened to Flynn, something changed in his life which indicated that he wanted to be involved in music. He entered a music talent show to see where he would end up and went on to win the talent show- his teachers were impressed by him winning the talent show. This encouraged Flynn to pursue his career more seriously and he hasn’t looked back since.

Flynn’s EP ‘One Of Us’ is an introduction to who he is as a person, it’s his biggest body of work he has released, up until now he’s only released singles. It’s a coming of age EP where he goes on to discuss it’s everything that’s happened in his life from leaving home to moving to Bristol. “From exploring adult life and just trying to make ends meet. Where as now I’m in a comfortable position where I have signed a record deal and I have more direction in my life and I kind of know where I’m going. So it’s everything in between those two stages of my life, so yeah it’s an introduction, its an introduction to who I am and what I’ve been through.”

Flynn explains the meaning and inspiration behind each track on his EP ‘One Of us”.

The first track, ‘One Of Us’ is about when he left Mullingar to move to Bristol, he moved on his own having left school and it was something he wanted to do- to be able to learn more about himself as an individual. He wanted to delve in the world of music not realising the obstacles that got in the way. “It was very difficult for me at one stage, I suppose I lost track of who I was and I completely lost touch with people at home. I think that was part of me trying to figure out my music and who I was; you know that kind of fulfilment of succeeding wasn’t always very important to me- I think I kind of forgot about things that were just as important but I didn’t realise at the time and I lost myself and I was in a really bad place to be honest, it just took me moving home to realise who I was again and to just press the reset button.” The song represents a contrast between the two emotions Flynn was feeling very high and then very low, and just finding the realisation of being with family and friends and feeling grounded again.

The Second track, ‘Selling Me Love’ is about when someone is with another person but they don’t know where they stand with them, “You’re getting a false sense of what is that a relationship means and what its about. Its when you’re unsure about anther persons feelings, you’re making believe that it’s love but it’s not love.”

The third track, ‘I don’t wanna love you’ is about a person in your life that’s really bad for you, you don’t want to love them but you do anyway- “for example it’s not exactly about a relationship, it can be about a family member or even a friend just one of them people that you know is toxic and not good for you but cant help to be around them all the time.”

The fourth track, ‘Young’ is about when Flynn was growing up in Mullingar, he mentions in a small town a lot is expected from people being brought up as a catholic, there would be a lot of pressure to perform and succeed all the time.  “I guess going back to what we were saying earlier about kinda feeling lost and not sort of finding my groove if you like, I just didn’t know where I fitted in. I guess there was a lot of doubters- especially when I was like “I’m gonna go and be a popstar” and they were like “well good luck with that because that’s probably never gonna happen!” so there was a lot of doubters and there was a lot of hate as well.  ‘Young’ is just kind of like answering back to the people who didn’t believe in me before, and me proving them wrong. It’s that sort of determination you have from a young age and just hoping one day that you’ll silence people who don’t believe you can amount to anything. It drives me to succeed more and more when someone doesn’t believe in me- for me I feed of it and it helps me grow.”

The last and fifth track, ‘B-Side’ is about a girl Flynn was in a relationship with but she cheated on him, he wanted the song to be upbeat and fun since the concept of the song was negative “I wanted to kinda show that it’s ok to move on from these things and you don’t have to dwell on these things and let them eat you up because it’s gonna happen and these curve balls are gonna come your way in life and you just have to know how to navigate it move on and just grow I suppose and grow from strength to strength and don’t let it weigh you down. Writing the song and releasing it really helped me put that whole thing into bed. I like to write music that everyone can relate and resonate with.”

Flynn prefers to play on stage all day and everyday as oppose to recording music in the studio– “it’s the energy and feeling that I get from it, without sounding too down and depressed it gives me this kind of fulfillment that I don’t have in everyday life, it just fills a space for me so it’s very exciting, it’s that adrenaline rush that you can’t get anywhere else, so yeah playing live for me is playing live for me, obviously right now that’s not possible!”  Flynn and I go on tangent of talking about not being able to go to gigs and festivals because of Covid-19 and how much we both miss it. While growing up Flynn listened to a variation of music, “I listened to a lot of soul music and older music like Bill Withers, Benny King and then I listened to Amy Winehouse and Paolo Nutini.” He then had a massive stage of listening to Grime music as kid, he insisted that he was the only Irish kid in his town that listened to grime music, he still enjoys listening to grime music, “the majority of my Playlist includes hip hop and grime music. Obviously I’m far from a hip-hop/ grime artist and I’ve also been listening to a lot of country music too! I also like the stuff that’s in charts as well. So yeah it’s quite a mixed bag really! Honestly I think I was the only Irish person that was listening to channel U, I was hugely influenced by the way the way they lyrically and melodically flowed – it’s some of the best music I’ve ever listened to. It gives the London scene serious character.”

A few things Flynn has learned while being in the music industry is to have a good time while making his music – before he used to just put stuff out all the time even if was demo quality and not thought through- he has learned to take his time and focus on what he says and how his music sounds. Being able to validate his work and he wants his friends/family to think he’s doing well- it’s important to him, he takes pride in his work-and because he’s working for 10 years and more he wants to be recognised for all the hard work he has put in. “I believe that I really have worked hard to get to this position and I know that I’m miles and miles away from where I want to be, I’m never really satisfied- I don’t think musicians are ever satisfied – I always think about artists who are in a position that I’m not in and that I’d like to get to and I bet they’re thinking the same thing. I mean for me it’s also for self-confidence; my confidence grows the better I do and the more I succeed, it’s for my own wellbeing I’d say.”

Debut EP ‘One Of Us’ and single ‘Selling Me Love’ OUT NOW!