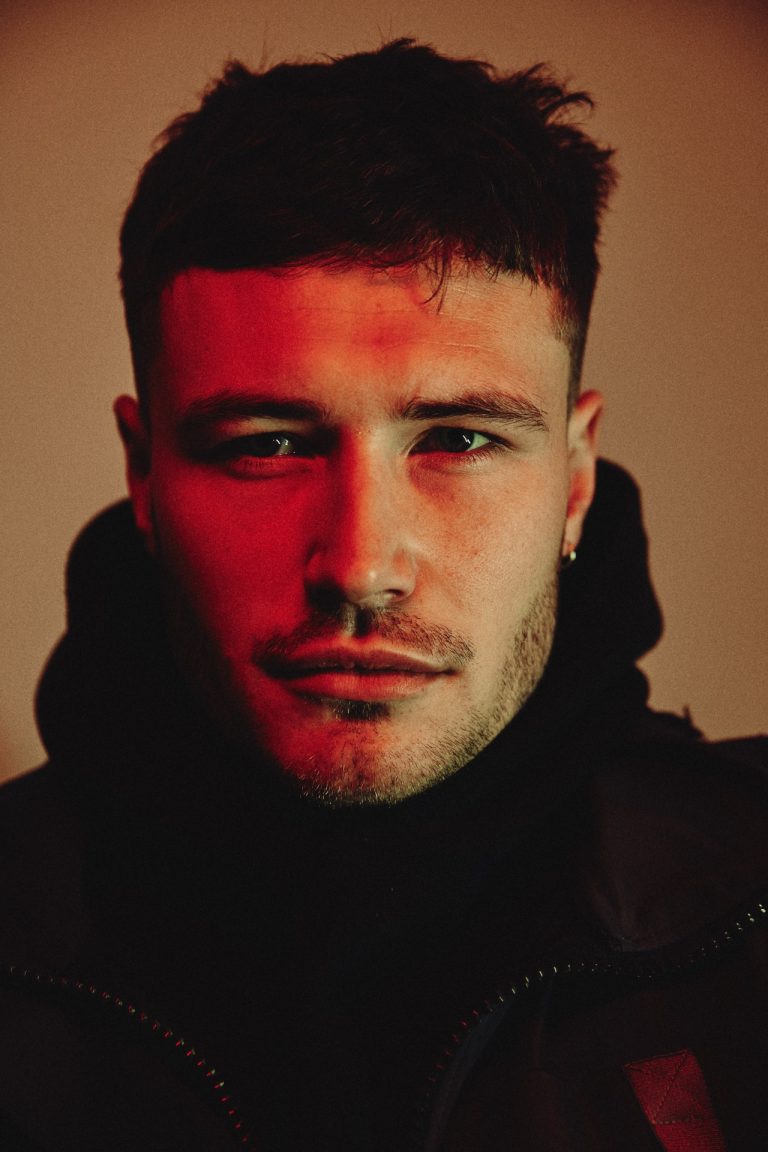 In Conversation with Freddie Long

With the release of his new single ‘Fade,’ the Brighton based singer/songwriter Freddie Long begins a new chapter. Awaiting his forthcoming EP ‘These Darker Days,’ Freddie lets go of personal anxieties and focuses on music, because for him, “music has always been the answer.”

Once ‘Fade’ was out, it confirmed Freddie’s ability to use his unmistakable voice and soulful, intimate lyrics. The new accompanying music video offers cinematic visuals that tap into Freddie’s creativity. It portrays the singer in a different light; confident, emotional, feeling what he wants to feel, ready for the world.

Before we dive into what subjects Freddie’s touching upon in his music, how did it all begin? It was the case of a teenage boy DIYing his way through playing covers of his idols: “I remember buying my first guitar around 15/16 and learning chords to play my favorite tunes at the time. Which then opened up a whole new world that allowed me to start writing. So around then I started playing with ideas which then gave me the confidence to keep pushing. I wouldn’t say I started properly until the age of 17/18”, he says.

Having heard his work, it is clear Freddie is emotionally intelligent and uses his voice and writing songs as a coping mechanism. “Music has always been something I have gone to when I want to feel an emotion. It sounds kinda strange, but it allows me to feel a certain way, happy, sad, angry etc. I try and reflect that with how I’m feeling at that time in my music,” he confirms.

Freddie hopes to inspire other people that are struggling to hang in there with reminders there’s a light at the end of the tunnel. During the years, when he was only playing around with a guitar, he looked up to the one and only: “Linkin’ Park was definitely a big inspiration growing out of my teens. I was always amazed at their sound; their style was something I’ve never heard before. The harsh vocal from Chester mixed with the hip hop feels to the drums along with the odd rap lines, to heavy guitar riffs. They’ve been pushing boundaries since day one, and it’s such a tragedy with what happened to them”, he shares.

‘Blessed Or Cursed’ is his debut EP, a more substantial body of work that welcomed Freddie into the music scene with open arms. Now he looks back and already assesses the quality: “I had a bunch of demos, probably 30/40 at the time, so picking the tracks for the EP was hard. Harder indie demos to soul/ funk feeling tracks. So, in the end, I went for a selection of tracks I felt best related to my sound at the time. The next EP ‘These Darker Day’s’ has much more of a continuous message coming through and would like to think the sound has developed”.

The lead single out of the EP was ‘Cased By Grace’; a track that caught my attention, and since then, I could not look away. It was Freddie’s distinctive vocal style and the way he used pain and gave it a name. It was different. He talks more about the meaning of the song: “Caused by Grace comes from a personal point of reflection. Growing up, I was influenced into the wrong scene, partying too much and taking my focus off the things I enjoyed. Like any kind of addiction, it takes control and turns you into a person you’re not. ‘Grace’ is a metaphor that stands for that addiction/person or object that caused pain”.

The stunningly raw ‘Fade’ does evolve around Freddie’s battle with anxiety. We asked him to elaborate and provide some insight: “FADE is about battling with personal anxiety, trying to forget and move on the understanding that problems will never fully fade away. It’s about learning to live and manage to overcome them eventually. I went through a point of my life where I didn’t have any worries, not in a good way. Going out too much, hurting people around me that we’re only trying to help and all whilst I thought everything was fine. I also put a lot of pressure on myself, which I know is a bad thing for me and definitely doesn’t help the anxiety”.

Unfortunately, putting pressure on ourselves is a common habit that causes the world to freak out. Freddie’s suggests tricks that have worked for him: “Talking to family and friends helped me a lot. I never wanted to speak about it, but speaking out has allowed me to understand the majority of us go through these experiences. Also, I’ve found exercise when I wake up helps. It doesn’t need to be a lot, but just 10/15 mins get me feeling ready for the day”, he reveals.

As I do follow Freddie on Instagram, I vouch to say his work ethic is admirable, always in the studio, or at least that what he does often post about. Therefore he already has a new project awaiting its release. What can we expect from it? Freddie answers: “I hope a more developed sound! I’ve been working hard since ‘Blessed or Cursed’ and feel excited/nervous to get it out. I feel this is my best work to date and can’t wait to see what people think”.

What has been a positive addition to his Instagram grid, as soon as the news of a lockdown came to reality, Freddie took matters to his own hands. There was no time to waste, and from what I’ve seen, Freddie was one of the first artists to post daily lockdown sessions from his house. On top of that, Freddie announced a virtual tour including stops in Sweden, France, Spain Uk, and Germany. Using his green screen, he played around with the concept and ‘vrtiaully toured’ around Europe.

We picked his brain on his decision to be so proactive during these tough times: “I think it’s important to keep the energy high. It’s a hard time for us all right now. Yeh, I think so, I’ve been linking with brands doing live streams which have been fun and interacting with my fans, which definitely lifts my spirits”.

Another aspect of the Freddie Long package is his undeniable style and sense of fashion. As an artist who works with many fashion brands, what is his favorite item of clothing? “Hard questions.. haha. I’m into my clothes so I’m not sure I could choose one piece. Was big into the skate scene (couldn’t skate lol) when I was young and still a big influence in my style, but item wise I would say some sort of hat (saving the barnet during the times) and trousers, love a good pair of colorful baggy trousers”, he replies.