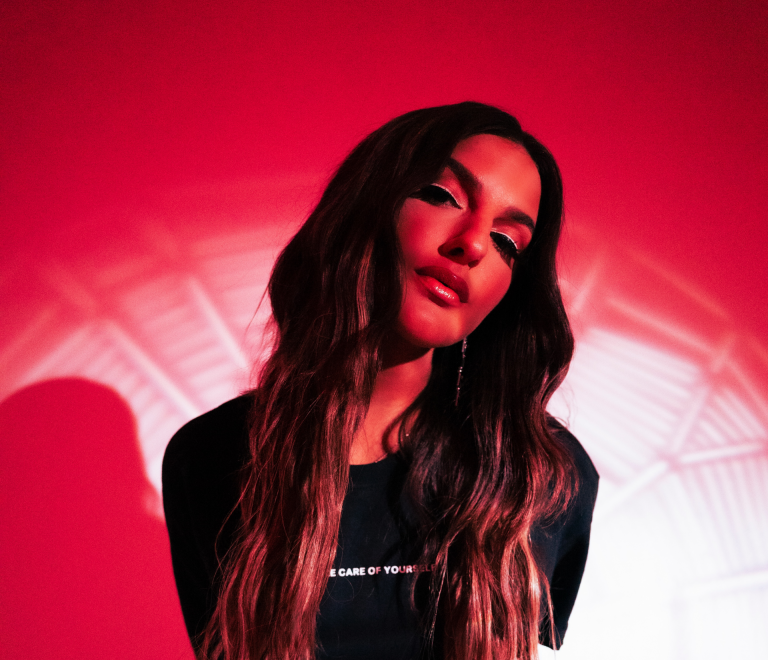 As an OG fan of LA-based singer NJOMZA, I vouch for her undeniable growth and confidence as she shares her new EP ‘LIMBO.’ On this 7-track collection, NJOMZA captures the infamous grey area in a relationship with her silky smooth vocals.

‘LIMBO’ features name like Russ on ‘winter in Atlanta,’ WurlD on ‘not you, Metro Marrs’ little to a lot, as well as Ari Lennox on the focus track’ tidal wave’ that follows the two on a night-time heist in a new music video.

NJOMZA is no newbie; however, on ‘LIMBO,’ her confidence transcends through like never before. At 9.39 pm, on a Monday morning, we caught up with NJOMZA while she’s watching Bo Burnham’s new Netflix series called ‘Inside’ and drinking red wine.

When did you know you wanted to be a singer?

When did you start writing your own songs? Do you remember what they were about?

I started at 8 years old. I wrote about love before I ever experienced it. I was influenced by the artists I was listening to…Christina Aguilera & Britney Spears.

What was the most valuable advice Mac Miller ever gave you?

What is your new track ‘winter in Atlanta’ inspired by?

“winter in atlanta” was written by me and Russ the first time I met him. We linked up in Atlanta and wrote from the point of view of a toxic relationship.

What did you want to encapsulate and express with ‘Limbo’?

I wanted to capture the grey area of a relationship. When you’re not quite together nor apart. The in-between phases of falling in and out of love.

What are you plans for this year?

My plans are to release my EP and my debut album. Hopefully get back to playing shows soon!