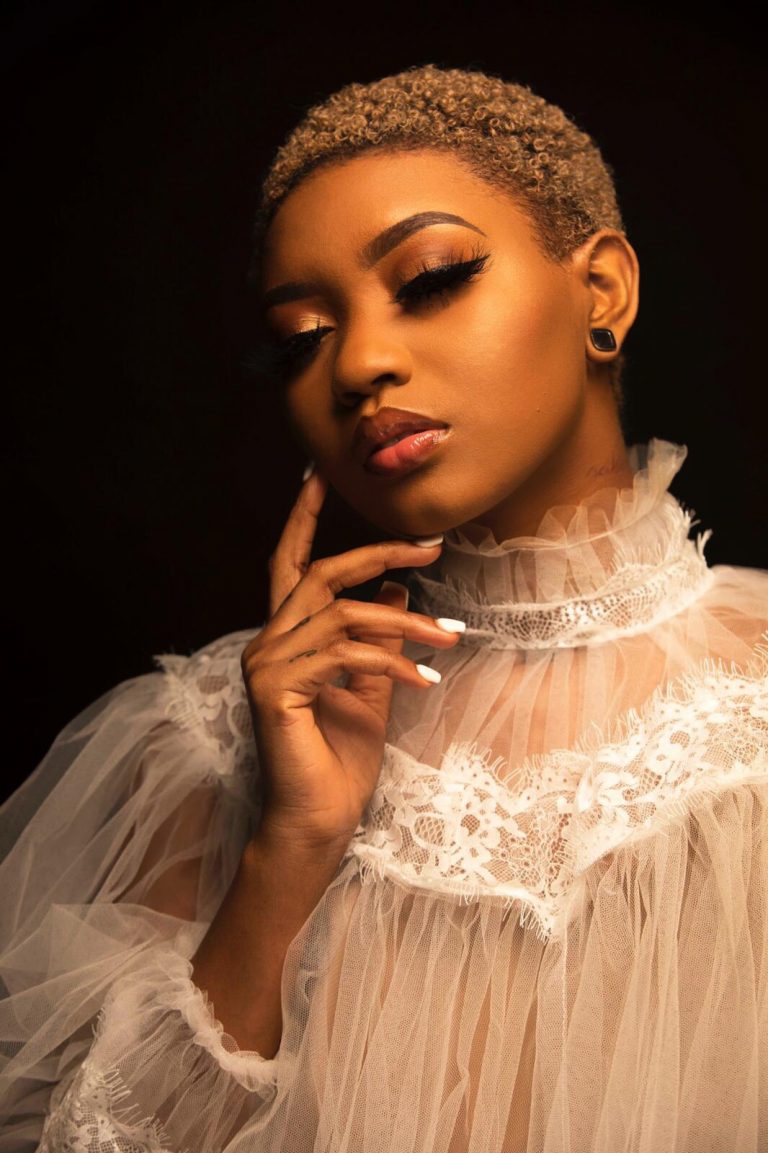 She is not here for stereotypes. She is here to empower you and promote self-love, and her name is – Jada Kingdom. This Jamaican royal force is far from ordinary. Her sound is not what you would expect to come out of Kingston, Jamaica. In 2016, the Jada Kingdom we know today took off on Instagram, with one year later Kingdom’s already released her first song ‘Love Situations.’ Now, she is landing star visuals like for her tropical serenade ‘Banana’ with over 670k fans watching her. Jada Kingdom spoke to us about the depths of her music, her stance on social media and mental health.

Only 20-years-old and Jada Kingdom is one of the most exciting voices of Jamaica. She was born to a Bajan mother and Jamaican-Nigerian father. Her creative juices were flowing ever since an early age: “I’ve always been a creative spirit even from a very young age. I started writing poetry when I was around eight years old and began singing around the same time. I have always listened to stuff that was a little left field for someone so young – Sam Cooke, Nina Simone, Deneice Williams, Minnie Riperton, etc. A lot of Jazz too”, Kingdom explains how she into music and what inspires her.

A thing we could not miss when getting to know Jada Kingdom is the story behind her stage name. She reveals the reason behind the word ‘kingdom’: “My body is definitely my Kingdom, I started out my social media handles as ‘Jada’s Kingdom,’ and I just ended up dropping the’s, as the name just seemed like a perfect fit.”

Treating herself and her body as a masterpiece is exactly what Jada Kingdom wants to represent and deliver with her music. All societal norms are supporting the homogenization of people, but we are all unique. Kingdom elaborates on the message she wishes to spread with her music: “I want to represent self-love and female empowerment primarily. I’m not here for stereotypes, norms, or what society says a young woman should and shouldn’t say or do. I want women to embrace their power, and I want men to know and feel that we are not here to be dominated or submissive. I’m totally about body confidence too. I want women to embrace who they are, no matter their shape, size, or how they fit into what society traditionally dictates as beauty”.

Kingdom’s maturity is undeniable as well as her music is fresh and indescribable. There is no genre or category you could fit Jada Kingdom in. She expresses the depths of her sound: “New. We have been blending styles – jazz, dancehall, afrorbeat, trap, and R&B. It’s pretty unique out of Jamaica, but the central force always has to be Jamaica. Like the beat has to have that element in it, and my voice will always let you know where the sound is from. But we are almost creating a new sub-genre – people are giving it all kinds of names, but we are just trying to be as creative as possible”.

The official start to Kingdom’s career could be credited to Instagram. Therefore we were interested in her opinion on social media and whether society is heading in the right direction. Kingdom lays it down: “Social media is a way of life for young people now. The negative side of it is that it can be draining if you’re not strong. It creates a lot of insecurity and depression; it seems for young people nowadays. It’s not something I think should really be overly policed, but they should find a way to balance out the trolling and anonymous hate. These cowards inflict a lot of harm on vulnerable people, but the big social media companies make a huge amount of money out of it. They’re not going to be really proactive because it will reduce their MUAs and revenue. But when used right, it is a wonderful tool. It’s an essential part of being an artist these days. It’s the main place to promote music, visuals, get your statements out there, and just engage with fans”.

Having an audience of over 670k Instagram followers makes one think you can influence these people by what you say and portray. One topic Jada Kingdom wishes to expand on is mental health: “Mental health because it is very common but still very taboo, especially in Jamaica. A lot of young girls suffer from it, men too, but there isn’t really the platform or the environment to vocalize it. I think the more we talk about it in public, the better as it may inspire and help others to get help or even just to recognize that they are not alone”.

One of her more recent releases is ‘Business.’ Kingdom touches upon on the distinct meaning of the track that all women will relate to: “Business is pretty self-explanatory. It’s a huge insecurity for men, especially – one of the first things they will want to ask when you start dating or whatever is how many men have you slept with? Or even more rudely – what’s your body count? So, I’m like fuck that it’s none of your business. You like me for me right here right now, not my past. Its none of your business just like your “body count” is none of mine either. Either we’re going to like each other for the reasons you were interested in the first place or step off. What does that matter if it’s not one of your close friends or family members?”, clapping for Kingdom’s wise wise words.

‘Banana’ is a perfect example of Kingdom’s creation. A tropical theme with an accompanying sound fitting into a new sub-genre she is developing with her team.  The track already has stunning visuals that are exactly what Kingdom wanted: “Music videos can be very draining to shoot, and this one was no different. My team and I are very pleased with the outcome – the director executed our vision pretty much how we laid it out for them”.

Jada Kingdom has more to offer with an EP coming soon, plus a new release ‘Long Term.’ Make sure you’ll join her on this exciting journey. On August 17th, you can see Jada Kingdom perform live at the Hackney Arts Centre EartH in London.