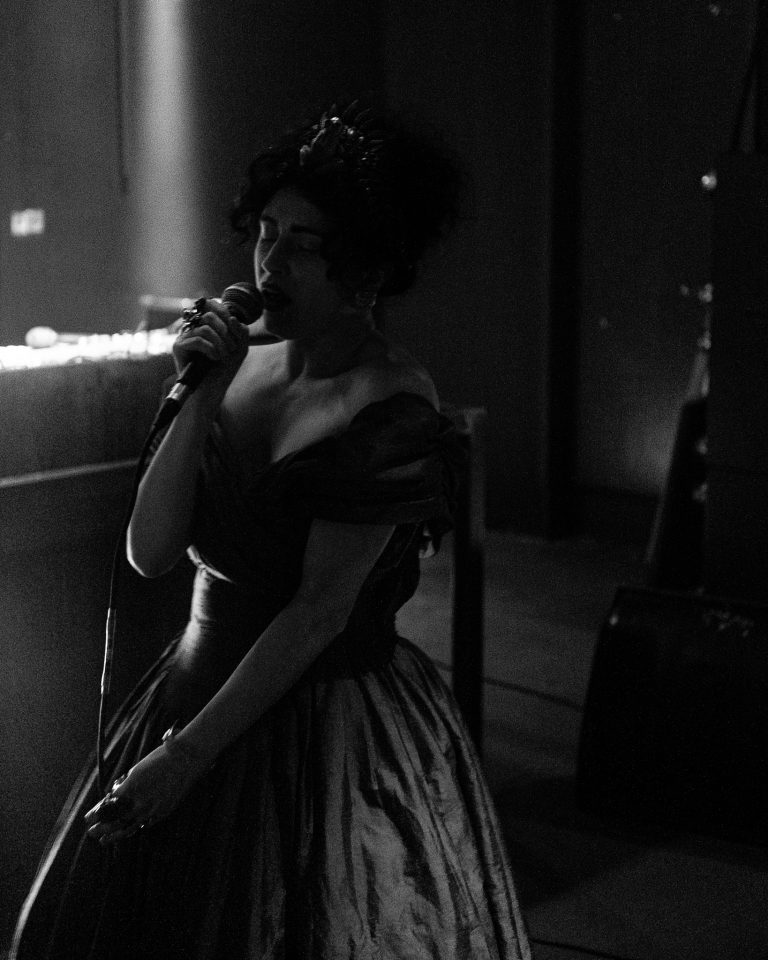 Jägermeister’s Night Embassy launches the After Dark Society in Berlin

Berlin, 1991. The wall comes down, creativity is unleashed and free-flowing, a sense of community flourishes.

Berlin, 2019. Inspired by the events twenty-eight years before and the desire to recreate the feeling of raw freedom and togetherness, the After Dark Society is launched.

Jägermeister’s After Dark Society had its first season at the Berlin Night Embassy from September to December 2019. For one day and night, a group of UK creatives flew over and held a ‘BerLondon’ takeover, bringing with them unique UK-only sounds and style. We sent one Noctis creative along to document the twenty-four hour takeover.

I’ve only slept for a few hours, too excited to rest. At my alarm, I jump out of bed, wired and tired, throw on as many layers as possible (Berlin in December is bound to be below-zero right?) and close up my suitcase. Twenty minutes later and my Uber’s outside the door; bright orange winter parka on and I’m out. Another twenty minutes later and we’re at Heathrow.

Of course there wouldn’t be any traffic at four-in-the-bloody-morning, I realise. My brain doesn’t work properly this early. I check in and get through security in record time, and drag myself up and down terminal five trying to find some desperately needed breakfast and tea. I resign myself to a Wetherspoons breakfast and here I find one of the other journalists on the trip. We slowly recover. A couple of hours later and we’re on the plane to Berlin.

We land in Berlin and it’s an exquisite morning; glaringly blue skies and the most beautiful, warm sun. I start to melt in my orange winter parka.

We check into the Nhow Hotel – Europe’s first music hotel, sitting on the banks of the River Spree. There’s what looks like an entire block of building hanging off the edge of the roof. Inside, PVC pink reigns. I feel like I’m inside Barbie’s dreamhouse.

After lunch – where we also meet the rest of the UK team taking over Jägermeister’s Night Embassy – we are herded on to a coach for a tour around Berlin, driving around and hearing about

Icons and essential moments of Berlin’s culture and music history.

One memorable stop off is at Tresor, a techno club now based in an abandoned maze-like powerplant, originally founded in 1991 in the vaults of an old department store. We’re shown photographs of Tresor’s birth in what used to be East Berlin, mere months after Germany’s reunification. We listen to stories of what it used to be like, imagining the raw, wild, community-orientated nature of the nightlife and music culture during those early years.

Another stop on the tour was an incredible look into Hansa Studios, the legendary recording studio where the even more legendary David Bowie recorded Heroes. What a feeling to stand where Bowie once stood, where many more familiar icons of music came through – R.E.M, U2, Depeche Mode…

It’s finally time to head to Jägermeister’s Night Embassy where we’re in for an evening of workshops and performances. There are two options; a mixology workshop, or a workshop on mixing music. I choose the latter, and under the guidance of underground electronic DJ Dirty Freud, I perform my first ever “drop”. With a huge sprinkle of beginner’s luck, I get the timing exactly right and the crowd scream in heady admiration “ooh” a little. A complete success that is guaranteed to never happen again, but I enjoyed my quick dip into life as a sick DJ.

The performances begin. Dirty Freud and Jägermeister mixologist Florian Beuren start with something a little different; the workshops are combined – Dirty Freud uses the sounds from Florian’s cocktail-making to create a backing track there and then. Special guests Ruby Tingle from the UK and local Berlin rapper Terfak take it in turns to use the beats and improvise their extremely different but wonderful performances, and they’re followed by Manchester artist Leebo Freeman who entertains us with a set melding rock and electronic sounds.

I definitely should have left by now, but I’m having too much fun.

Last up is Miaoux Miaoux – also known as Julian Corrie from Franz Ferdinand – who lets loose with a funky, butt-bouncing live set. Streamed live on the night by Soho Radio, it’s available to listen to here.

The night draws to an end and we are shepherded out. A group of us head to a local falafel joint where we enjoy a beautiful post-night out merry meal together; music in our ears, history in our heads, and community in our hearts.

It’s only the beginning for Jägermeister’s After Dark Society. Watch this space for the next installment of the Night Embassy adventure.