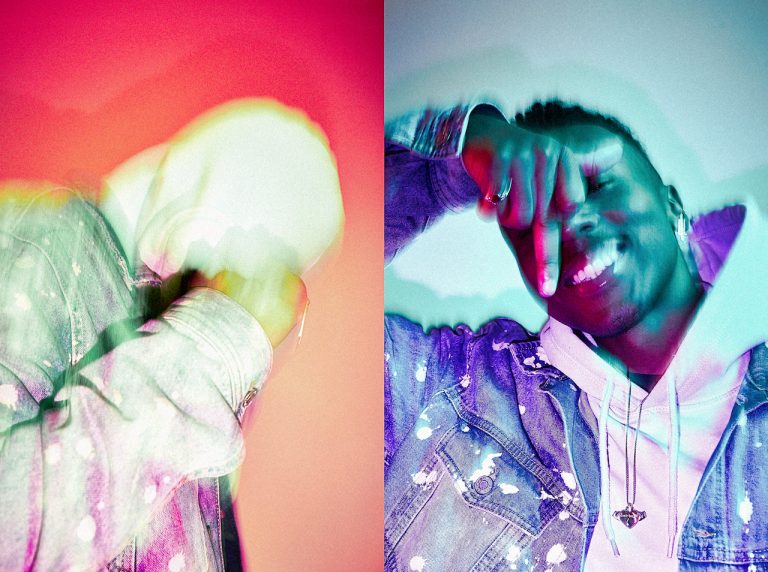 “Hard work beats everything” is an ethos the Manchester multi-instrumentalist, and singer/songwriter July 7 lives by. After sharing the studio with the names like Travis Scott, T.I., and Young Thug, during his teenage years, July 7 decided to upscale from being a producer to a recording artist. His alternative sound makes him one of the most exciting names in the UK’s R&B scene. With his EP ‘Sweets’ and ‘Only One’ single, July 7 is an artist to watch.

The stage name ‘July 7’ itself represents the extent of success July will achieve. “7 is the quantity of perfection and creativity. I’m born in July, and I solely produce, record and write all my music. It’s something that’s very true and real to me”, he explains the exact meaning of his name.

July’s relationship with music was love at first sight, and only death will tear them apart. He poetically describes the moment when he knew music is the right career path for him: “From the moment I started getting good at it. From the very first time I picked up the guitar to the very first beat I created”.

What really got July 7 convinced of his talents was ironically enough the Guitar Hero game. “It all happened very fast and without me thinking about it! I was so boss at Guitar Hero, and I needed to level up, I had already beaten all the songs over and over. I begged my mum to get me a guitar as a Christmas present, and the rest is history. From that point, I started uploading guitar covers to YouTube, and I eventually started hitting over 100K streams when I was 12!”.

Drawing inspiration from everything around him ‘from a conversation he may have overheard, a current scenario a friend of his may be in,’ July 7 makes music to inspire others. “Good music is timeless, so I don’t give in to trends, for this reason, I want my music to be as uplifting as possible. There’s already too much negativity in the world!”.

Recording in Manchester and Los Angeles, July gets stimulated by the surrounding environment. The LA sunshine did wonders in the past: “Weather really influences my music so in LA I can make some real amazing music, I just actually got back, and it wasn’t sunny at al”, he plaintively says.

Way back when July 7 was still a teenager, through being recognized, he got an opportunity to record with names like Travis Scott, Youg Thug, and T.I. From being in the same room as major acts like these, you can only watch and learn and really make a name for yourself. July 7 did just that: “It’s always an amazing feeling to be recognised. I was a lot younger then but at that point, I guess I saw it as a test to show my worth and to see if I was really ready and built for this music game”.

He is only 21-years-old, but he discovered the secret to success early on, and that is hard work. July 7’s talent brought him to the playground, but his dedication and determined spirit will get him to win the game. “I learnt that hard work beats everything else. Hard work beats talent at all times, so it’s important to have a great work ethic and keep striving for the best”, he shares wise words that should speak to anyone lacking motivation.

Last year, July 7 put out an EP ‘Sweets’ that he describes as ‘the introduction to the world of July 7″. It features songs like “Pronto,” “Boy,” and others. July unveils what led him to title the EP ‘Sweets’: “I call it ear-candy music, I play a lot with melodies and instruments so off the back of that I decided to call it Sweets EP.”

Among other releases, July put out a single ‘Only One’: “The whole song is a freestyle. I made the beat and had a whole lot of energy to release! If you listen closely you can hear the nods to orchestral symphonies.”

His newest single ‘Angels & Demons’ is out now and available to stream.