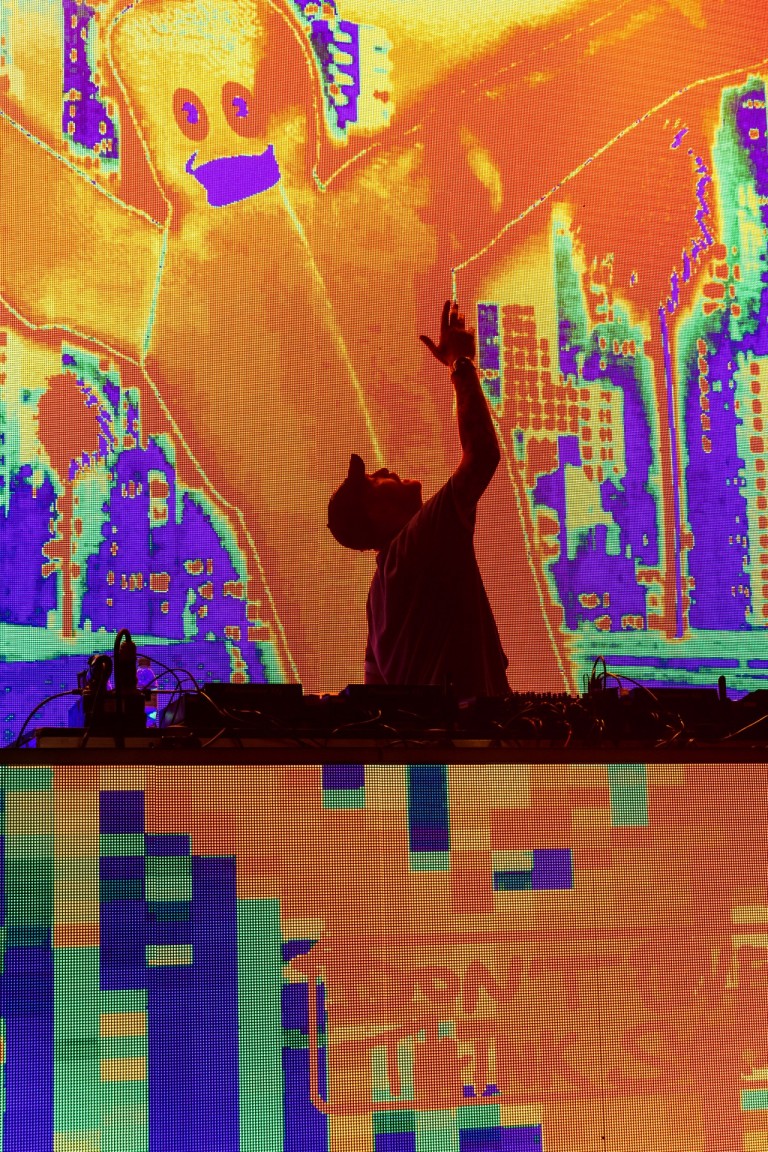 The iconic London venue KOKO welcomed Kenny Beats and friends on the 9th of June with the help of RayBan. In his first show in London, he made it a point to prove that though he’d never performed here before, he’s had an eye on the UK music for a good while now.

His featured act Knucks came out first, performing an hour-long set of crowd favourites and songs off of his new album, ALPHA PLACE, and making it hard for anyone to attempt to refer to him as a supporting act, he made it easy to forget that anybody else would be coming after him.

Knucks has an incredible energy on stage. He got the crowd, no matter if they were coming to see him or Kenny Beats, singing back to him, especially on songs such as ‘Leon the Professional’ and ‘Hide & Seek’.

The show was billed as “Kenny & Friends” so naturally, fans, including myself, stayed curious about who exactly Kenny’s friends were and he did not disappoint. We got performances from newcomers like Dexter and Sam Gellaitry with some dance and bedroom pop vibes. He then flexed his knowledge of the London music scene by bringing out Backroad Gee, Sainte, SL and M1LLIONZ.

After this, we’re given time to breathe and party as he drops bangers from the likes of DMX, PinkPantheress, Baby Keem, Rico Nasty and Kylie Minogue (of course).

This isn’t the end, though, just as we’ve all started to recover, he brings out the biggest surprises of the night. First, we get Aitch who, in turn, brings out AJ Tracey to perform their song ‘Rain’ and if everyone wasn’t losing it before, they are now.

But the treat he saved for last truly cemented the show as a historic moment for anyone who loves the UK music scene, Slowthai bursts out with “MAZZA” a complete meltdown ensues. During this final surprise, the crowd seems to swell as if we’ve all caught an inevitable second wind. He doesn’t just stop with one song either, we also get “Doorman” and “T N Biscuits” before the show comes to an end.

What this night seemed to really show more than anything else is that Kenny Beats is a fan of good music above all, it doesn’t matter what corner of the world he finds good music in and it doesn’t matter whether you have a single EP out or albums upon albums in your discography. If it’s good, it’s good and he gave us all the good he could pull together for a single night wrapped up in a £12 ticket.