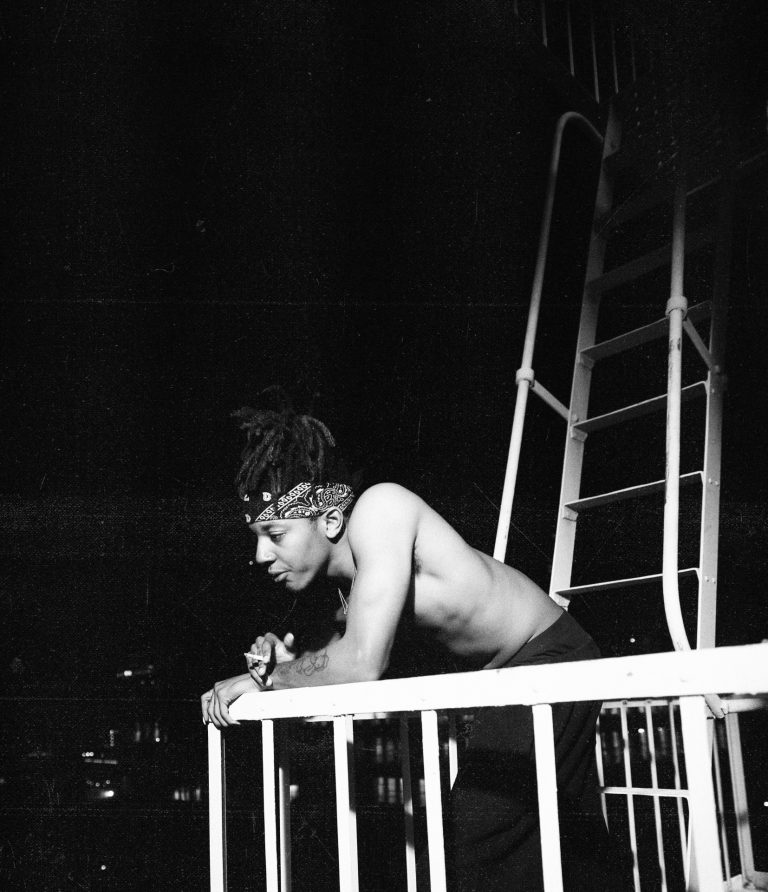 What started as a secret in a Christian home, moved to a household name, Kevin George is waiting for the world to catch on. Connecticut raised, Los Angeles based artist reports live from the matrix, as he calls it. After deciding to part ways with his record label, Kevin George releases his most honest work to this day ‘Three Can Play, At Love.’

Writing raps is how it all started for young Kevin George. He prefaces the beginning of his journey: “Growing up, like most folks, I was just listening to whatever was around me. I know I was always attracted to a melody. My brother loved 50 Cent, so I took a liking to rap very early on. I recall my first favorite artist being The Dream. I used to print his songs out and tape them onto my wall, just like that J Cole Line. I’d study the songs & try to write my own”.

Before any career commitments, at a young age, Kevin felt disapproval when listening to music with melodies. He reveals his thought process and how he came out on the other side in the end: “It was my BIGGEST secret as a kid because, in Christian households, they usually teach you that being gay is an abomination to Christ. That idea always made me feel weird about appearing too feminine or not appearing hard enough. Being a straight black male, walking around, listening to a melody made me feel like it was the wrong thing for me to do. Like someone was going to think I was gay or something. Which today, I realize it is stupid & actually doesn’t matter. I can also recall enjoying the gospel music my dad would play around the house. Acts like Marvin Sapp & Donnie McClurkin”, he shares.

It’s hard to define what is someone’s dream, how do we know for sure. We don’t. The way Kevin talks about it is rare. We all want to be loved and respected, and how we get there is up to us. He elaborates: “I played football for 8 years. I realize now that it was never my dream. Sometimes I feel like most of us are stuck in this matrix & we all live our lives to be accepted, respected, and loved by any/everything on the planet, except ourselves. I thought my dad wanted me to be a football player. I thought it was our way out. The way he cheered for me on the sidelines made me feel like that’s what I needed to be doing to be accepted or loved, but it was never MY dream. I didn’t realize I wanted to pursue being an artist until I quit the football team at 15 & all I could think about was writing raps & figuring out how they made those sounds on Yeezus”.

“The idea of me having my own sound has always been a huge driving force for me. I think I always had my own sound though even in the early days. It’s just about what version of my “own sound” I want to put out into the world,” he reasons.

Once Kevin’s figured out the path he wants to go on, he released his breakout hit ‘High Like This.’ He reveals what and who inspired the track that put him on the map: “Young Lust, Young Heartbreak. High Like This is ahead of its time. I dropped HLT in July of 2017. It’s a dance record. Inspired by acts like Prince, Calvin Harris, Travis Scott, The Weeknd. I’m a big fan of all of those guys”.

I believe there is nothing worse for a musician or an artist than to feel trapped, not being able to express musically. Even though Kevin fought to keep an optimistic attitude, there is more to his story of being signed to a major record label.

“You never know what someone is going through. I only signed the record deal because my family was facing eviction. I needed the money, so I took a job. I felt like I was running out of time & that I didn’t have the money or resources to do it by myself, with my small team. I was wrong. But, I was optimistic during the entire process. I needed that record deal. It’s been life-changing. Honestly, the only real pressure was the pressure I put on myself to GET OUT, once I had signed. I knew it was 360, I knew it was royalty over profit split. I knew I had signed my soul away for a bag, and that was the biggest pressure itself. We’re not meant to be slaves. I couldn’t even think for myself anymore,” he reveals.

For many artists, this is their reality. Kevin is one of the few that decided to leave and fight for his true art. The road back to his roots must’ve been challenging, but it’s all about honesty as he says: “Repetition & Effort. That’s what it always comes down to for me. Being honest with myself & then doing the work”.

‘Three Can Play, At Love’ is the most honest work Kevin George’s put out. He knows it. We know it. You can feel true confidence in this material. He explains the reasons for it: “The lyrics, the visuals, the title, the ideas. Everything about it, to me, are some of the most honest ideas I think anyone in hip hop has ever touched on. Idiot, Wondering, Alone. For the first time, I managed to capture how I truly felt, in real-time, on record”.

The lead single out of ‘Three Can Play, At Love’ is ‘When You’re Alone’; a track that spoke to my heart. After watching the music video, I wondered what the story behind is, Kevin answers: “I wanted the When You’re Alone video to capture two things.. Rebirth.. & Loneliness. She was never there”.

What’s next to come for Kevin George is greatness. He unveils a little experiment, so keep an eye out. “I just want to put more ideas out into the world. I am a household name. And I’m excited for the world to catch on. We’re starting an experiment where we release new music every 3 weeks, all year long. I’m just excited to bring more joy into the world with art, with expression”.