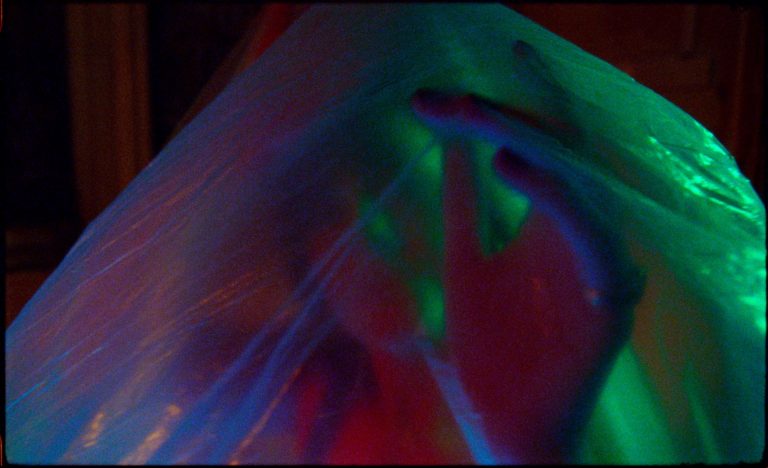 In her first year of releasing music she has already shown genre spanning versatility with releases ranging from smooth disco grooves to jazz infused hip hop, but her distinct tone always sets her apart. Whilst at Uni in Manchester Liv was heavily inspired by the underground dance scene in the city.

Last year Liv collaborated with Sticks & Stonez on the track ‘Your My’ released by Glitterbox/ Defected Records and performed live at the sold out ‘Cross The Tracks’ Festival in Brixton. In May this year she released ‘I Miss Having Someone To Talk To’ with French producer & DJ Folamour. Both tracks have now reached in excess of one million streams a piece. In the next couple of months, Liv will be focusing on her solo material, which she has been cooking up with some of London’s best up and coming producers and will release an EP early next year.

“Liv had a really strong idea about where she wanted to go with the visuals for ‘Demonz’. To really hone in on the idea of entering Liv’s mind we decided to experiment with a lot of in camera effects and really push the format of 16mm. Working with Michael (Director of Photography) was amazing, he’s never afraid of trying things out, so we ended up playing around with different kinds of distortions to achieve the look to represent Liv’s state of mind in the demon world.” – Caroline Hajny, Director.

Below, music video Director Caroline Hajny speaks to Liv about her musicial process, inspiration and the meaning of ‘Demonz’.

What is the inspiration behind the track?

I actually wrote the track in 2019, and honestly it was a combination of different events and emotions in my life which inspired the lyrics. One of the main things is that I’ve seen first hand people struggle with depression, anxiety, addiction, psychosis. I’ve seen how dark the road can be when people reach rock bottom and you always think how could it have got to this point? You try to get inside that person’s head and understand why because from an outside perspective they look like they have a ‘good life’ and things to be grateful for. But you can never know because the mind is so powerful and often there’s a whole other reality playing out inside their head. Then there’s my own experience with anxiety and how that has physically manifested itself through certain behaviours which have sometimes been harmful to my body. And when you realise that it’s like there is a war going on in your own home. You against you, and it just made me hyper aware that subconscious thoughts are so powerful but how do you escape them? So Demonz was an observation really of the darker elements of the psyche.

What was the process of writing and producing ‘Demonz’?

Demonz I think was actually the quickest song I’ve ever made. Lyrics for me are always first, I usually go to sessions with a whole song written and then match my words to some chords or a beat and just catch the flow that way. But this time it was different, I think I had a lyric or two written as a note but nothing solid. Then my good friend and collaborator, Harvey Whyte, started playing some melancholic chords over a simple beat loop and then the track kinda wrote itself in an hour or so. I didn’t overthink or really write anything solid. I just got on the mic and freestyled. I think the vocal take is either the first or second take and I sang it the whole way through. I usually like to comp the best bits from a couple takes but the flow for Demonz just needed to be uninterrupted. This was a song I really needed to write and get off my chest. It’s a different vibe for me as I’ve typically done more uptempo stuff but these kinds of songs are why I started writing in the first place. They give you the chance to get into yourself, into the darker parts and get things off your chest. The music doesn’t distract you, it just surrounds you with a soft layer and allows room for expression.

What does the track mean to you?

This track puts me in a truly vulnerable place which is actually terrifying to me. I am such a private person and I tend to self-medicate through music. My songs are my stress relief, my processor. I don’t like to take the weight I carry and place it on other people so I write songs. The irony is that at some point those songs will come out, like Demonz, and I think people are surprised or confused because they just don’t associate this kind of mood with me. But it’s probably the most authentic honest version of me, I just haven’t put that side of myself out there yet. So yeah, this track feels like the turning of a page in that sense. I just hope people connect to it and feel the sincerity.