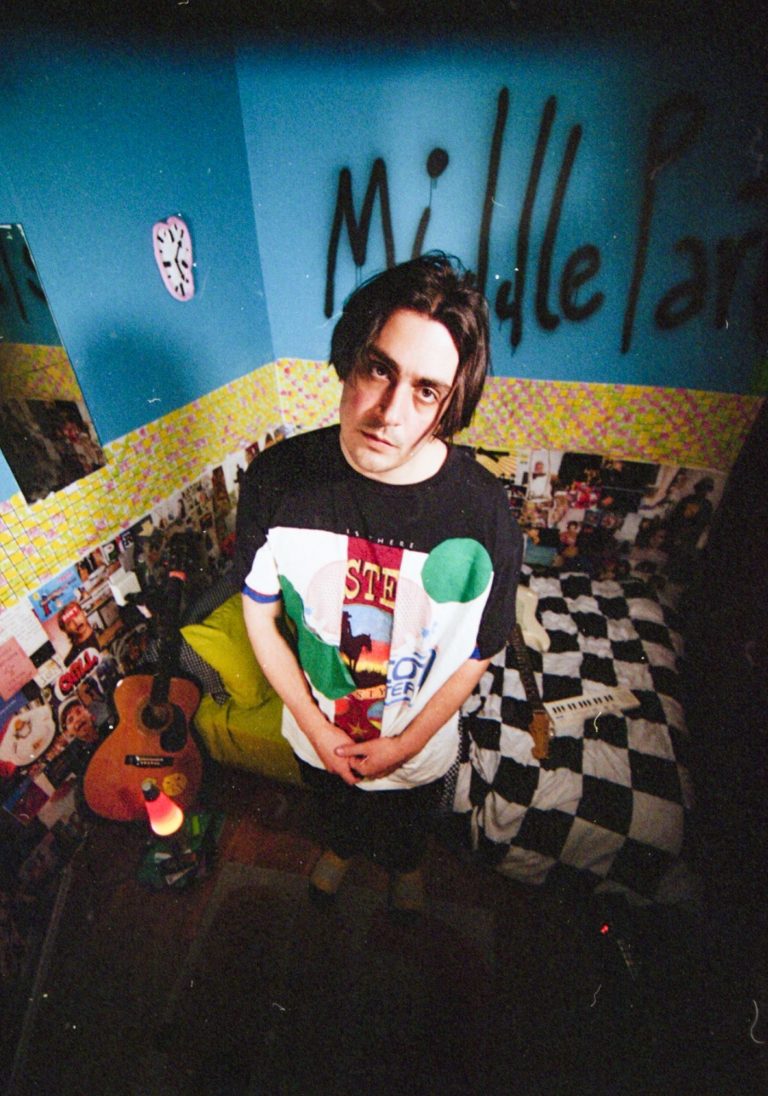 American singer songwriter Middle Part has just released his latest single ‘2morrow’, an empowering song that serves as a reminder to never give up when experiencing waves of self-doubt. Written with his close friend and “co-conspirator” Brian Zaremba, the two create a lyrical style that’s deeply introspective and diary-like, bringing to light their own experiences with the topic, as well as their everyday challenges with mental health. It’s certainly an uplifting production that draws on a combination of pop hooks, big beat inspired drums and old half-broken synths that creates Middle Part’s ultimate Y2K fever dream.

The themes behind the song became very real throughout the creative process, where the song almost didn’t even make the light of day. Thanks to support and encouragement from close friend Teddy Geiger and Sofia D’Angelo of MICHELLE, who lends her vocal harmonies, something special was made. “Brian and I were both in a place where we didn’t think we would ever make anything of ourselves.” Middle Part states, “The idea of being in the music industry felt intimidating. But some friends encouraged us to finish the song and it turned into something that really became a source of empowerment.”

That theme of empowerment is common throughout the artist’s work. As someone who has consistently struggled with their mental health and depression, Middle Part has used it to fuel his artistry and bring a positive feeling to those suffering similar issues. Speaking on the subject, the artist proclaims: “I think it’s important that mental health or depression is talked about in music. It’s way more relatable and I think the industry should shine more light on that. I also think it needs to mean something when you make music. If you’re gonna say something, say it with your fucking chest.”

Before landing in Brooklyn, the artist’s journey began when he packed up his life and set out on a journey to Alaska – not just to “find himself,” but to figure out how to live with himself. Taking to songwriting as a coping strategy to deal with these issues, Middle Part has blossomed into a complex lyricist. Upon his return to Brooklyn, those songs – written in his darkest times – found a new light. That trip laid the foundations for his artistry today, where these dark themes are consistently tackled and reimagined in positive ways. For Middle Part – real name Andrew Selkōw – his music works as a two way street; his songs allow him to deal with his demons, whilst hearing the struggle of others allows the listener to know that they’re never alone in their everyday challenges. ‘2morrow’ is also accompanied by a music video that sees the artist turn his bedroom into his personal Y2K fever dream. Walls double as art canvases, ladened with his most important early millennium inspirations – an escapist’s haven. ‘2morrow’ is also the lead single from Middle Part’s forthcoming debut album, set for release early next year. If this single gives us any idea of what’s to come, then I’m sure the artist will take us on many more journeys, allowing us to see life from his point of view and being uplifted in the process. There’ll be more than just a few counting down the days until that album is released.