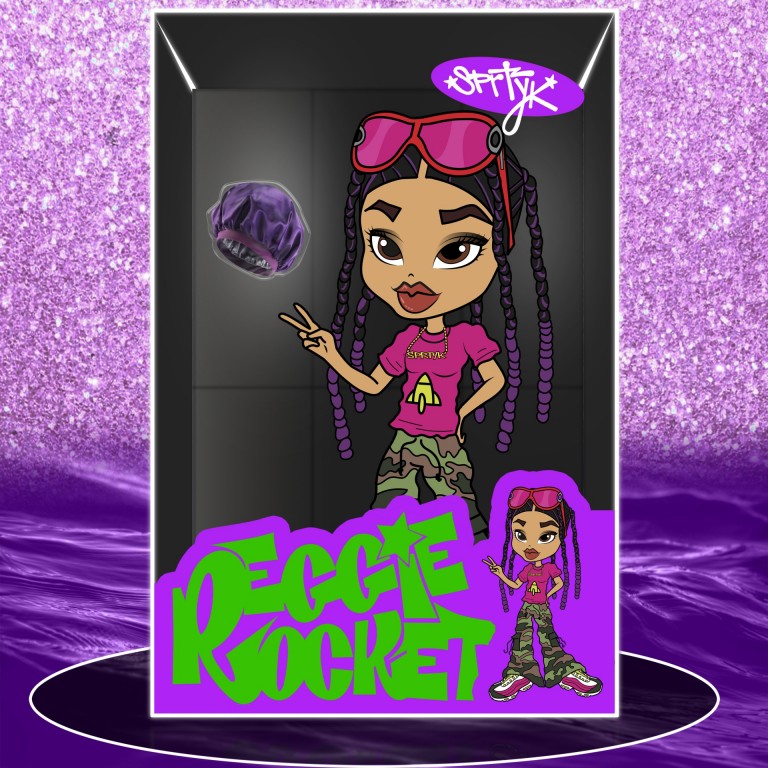 The Bronx, New York, is home to many mythical rap figures. From Fat Joe and KRS-One, down to Grandmaster Flash, Slick Rick and Cardi B — it’s no secret the concrete-bound borough is home to some generational talent. SPRTYK is no exception.

The NY rap queen is the embodiment of a renaissance artist, turning her hand to any instrumental and tackling it head-on. For confirmation, look no further than SPRTYK’s latest offering, ‘Reggie Rocket’.

‘Reggie Rocket’ pulls heavily from the hard-cut New York rap delivery reminiscent of The LOX, Mobb Deep, Remy Ma and Method Man. With a legendary crop of inspiration and boatloads of style, SPRTYK conjures up a trap-flavoured street anthem. With an artwork that can only be described as Spike Lee meets the Bratz, the cover immediately lets you know what you’re in for.

After a successful 2021, SPRTYK is in great standing to take over the music industry. Her last single ‘Bad Temper’ was featured in five high-profile Spotify playlists including the illustrious Discover Weekly and was picked up by a number of notable platforms such as BBC Radio, Apple Music, Revolt TV as well as various VEVO playlists.

Now that SPRTYK has gone two-for-two with her recent drops: who can stop her?