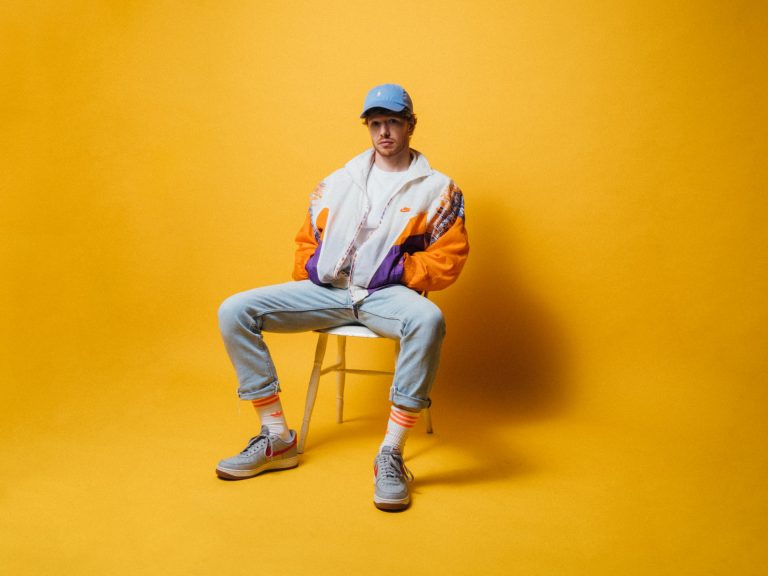 On The Rise: ADMT

Doncaster’s very own, Adam Taylor, known as ADMT, makes it to the forefront of new emerging UK talent. With only three official releases, ADMT gains momentum and tastemaker validation. His new heartbreaking single ‘Man Now’ sees the artist getting vulnerable, questioning the idea of masculinity.

Before ‘Man Now’, ADMT put out two other singles – ‘Dreams’, ‘Good For You’. All three tracks unveiled in 2020. No one could predict what this year had in store for us, but it must have been challenging to have your debut in a  disaster of a year like this one: “In all honesty, not that much has changed for me. I still find myself glued to a computer most of the time working on music so it’s not all that different”, ADMT says, “the only thing I’ve struggled with is not seeing people as much but that was more an issue, to begin with.  All I know is video calls have been taking some hammer on my phone haha”, – a young artist on the rise determined and with a strong work ethic.

Presenting in a very nonchalant manner, ADMT talks about how he decided ‘to give it a try’ and here he is today: “I was a drummer before I was a singer so I always assumed I’d end up doing that seems circumstance had other plans and this is just kind of where I ended up. At first, I wasn’t even sure if I wanted to do it. It just seemed like my only option for creativity at the time so I thought I’d give it a try”, he laughs.

When listening to his debut track ‘Dreams’, it seems like the career of a singer/songwriter was always his destiny. With ‘Dreams’, ADMT encourages people to stand up and own who they are and stay true to their background and aspirations. “The reception has been amazing. The song was more about pushing through times that felt like there was no hope probably around a time when everyone felt like we couldn’t see the light at the end of the tunnel. It was just nice to see people appreciate the message and if it helped them get through something that’s amazing too”, he shares.

Conveyed by gospel samples and encouraging, yet not preachy lyrics, ‘Dreams’ delivers a pick-me-up anecdote to everyone going through it this year with a clear message ‘to keep going’:

“So come now and dream with me

Let’s dream together, dream with me

But how can you know if you do not try?”

The latest release from North England’s ADMT, ‘Man Now’, is introduced as a poignant record about growing up without a father figure. ADMT reflects: “The single talks about a moment in time when that’s how I felt, but that’s all it is a moment in time, time never stops and we always end up in a position where we can look back and reflect and hopefully have learned something from the lessons we’ve been given”.

In the absence of a dad, it is natural to wonder about the nature of masculinity and the urgency for it, or the lack of it. ADMT dives into this topic and offers a very stimulating and much-needed standpoint: “My perspective on “manliness or masculinity” has changed quite a lot since then and quite honestly I don’t think it matters anymore. In fact, I think teaching our younger generations to be a certain way whether it be tough, manly, etc. can sometimes cause more problems. Maybe just be taught to be honest with yourself, and true to you is more constructive. Being a man doesn’t matter nor does being tough, being a good person does, having morals and showing love is way more important to me than all that stuff now”, a perspective that all schools and education systems should learn something from.

ADMT is known for wearing his heart on his sleeve and is open about having a tough time to grow up, what helped him? He replies: “My whole journey so far I guess, using the things that have happened to me whether positive or negative and seeing them as lessons. Meeting new people, mixing with diverse groups of people listening to points of view, traveling, the people I work with musically and the people I’ve met in my hometown, relationships in general. I think reflection is the main thing questioning aspects of myself I may have not liked or were not comfortable with. Everything is a lesson if we acknowledge it to be I think sometimes stopping and looking inward helps us define that”.

‘Man Now’ is as personal as it gets. For someone who is just starting out, his vulnerability is admirable, but as ADMT says it is crucial for his establishment as an artist: “I can’t lie this isn’t the easiest song to release, not just because of my feelings regarding it and the story behind it personally, but also because it’s not just me involved. This is making something that’s private to not just me but my family public. It’s never easy to bare all to the world but sometimes it’s necessary to show where you come from, and for me also to live with the things that have happened too. We’re all human, after all, being vulnerable is one of the things that makes us so”.

This is not the last minute you will be hearing of the name ADMT, as the singer intends to keep going and has more records in store. Don’t miss out on this new talent.