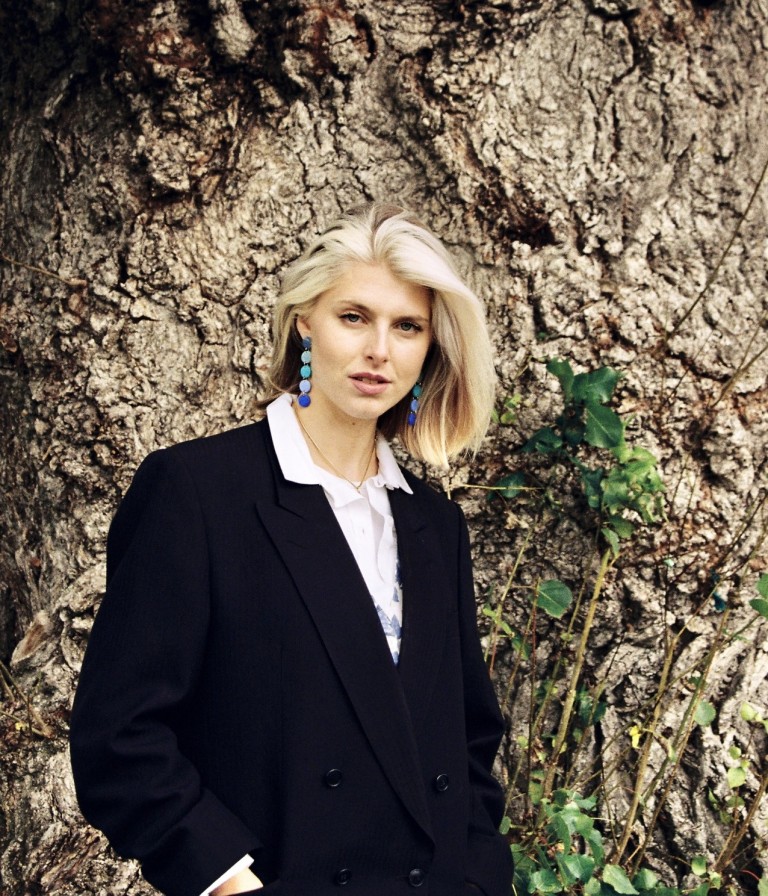 Practice ‘The Art Of Letting Go’ with Alex Amor

There is no doubt that Scotland is responsible for churning out some of the most brilliant alternative music – where it be the likes of Snow Patrol or Biffy Clyro in the ‘90s. Scotland set some solid groundwork, as now we’re witnessing a new wave of powerhouse bands and musicians well into the modern era. Hailing from Glasgow, settling in the bustle of Camberwell, is Alex Amor. An expert in the realms of love and its musings, Amor if anything is just grateful to be here and to fill the void we have so desperately been searching for with her take on alt-pop tunes. She aced it, might I add. Most ten year olds become aware of puberty and the changes it’s about to bring, Alex on the other hand had already written her first song.

“I think as soon as I was of the age to somewhat put a song together, I was doing it. I’ve always just loved doing it. When I was in school, my mom loved going into work early to avoid traffic. So I would be in the music rooms an hour before assembly started. I was one of the introverts, I didn’t want to talk to anyone in the morning because I was a moody teenager. Instead, I would go to the music rooms and write songs on the piano when I was supposed to be practicing the flute. And I just loved it. I liked writing and getting my emotions out. I think it was just something innate within me that wanted to do it. I don’t know where it came from, because it certainly did not come from my dad, my mom or, the family. Creativity also wasn’t really pitched or embraced within our music department in school. So I’m not sure why I decided to, but I’m glad that I did.”

Reeling off much of the success she garnered with her debut EP ‘Love Language,’ Amor released a sophomore EP ‘The Art of Letting Go’ featuring her hit single ‘Bad Tattoo’ in collaboration with The Deep Blue. Unlike her previous body of work where she touches upon the depths and complexities of young relationships in a playful and uplifting sense, this second EP is more spiritual, retrospectively reflective even, “I named the EP after I wrote it.  I was reading a few spiritual books, and on the concept of letting go. I then realized that a lot of the songs kind of tied into that theme. So whether it’s like letting go of people that are holding you back, and pleasing people, or a boy that’s not treating you good enough. Just not being stuck in the past, or the future and being really present in the moment and kind of any thought patterns that weren’t serving me anymore. I needed to let go. Living in the moment.” Often such themes tend to be incredibly solemn, Amor however steers the heck away from it. For her, the music she makes always has a positive and uplifting feeling about them and that’s her magic, “It’s for me, it’s a vehicle to help me process my own emotions and get my own emotions out. I don’t like to leave anything feeling desperately sad.”

The EP is no short of and I quote “some bops, some tearjearkers. Some empowering moments, lots of chorus, guitars, good baselines. Hopefully, you’ll think it’s meaningful enough to make you think about certain situations as well. I feel like it’s a whole kaleidoscope of emotions that’s being tackled in five songs.” The EP promises what Amor is known to deliver, dreamy pop choruses, banging baselines and just the right amount of funk to keep you groovy. Amor’s sound really just aims to make you feel warm and fuzzy inside. Like you’re being hugged. A form of escapism, “wherever someone is, if they can put my music on and escape for that four minutes, then I’ve done my job well.”

And so what can we manifest for Alex Amor?

“There’s that fear of saying things out loud.”

I reassure her and say, “at most it’ll live on the Internet forever.”

I have no doubts that in good time, Alex Amor will be living out her manifestations. She’s a force and her new EP ‘The Art of Letting Go’ is a delightful listen.