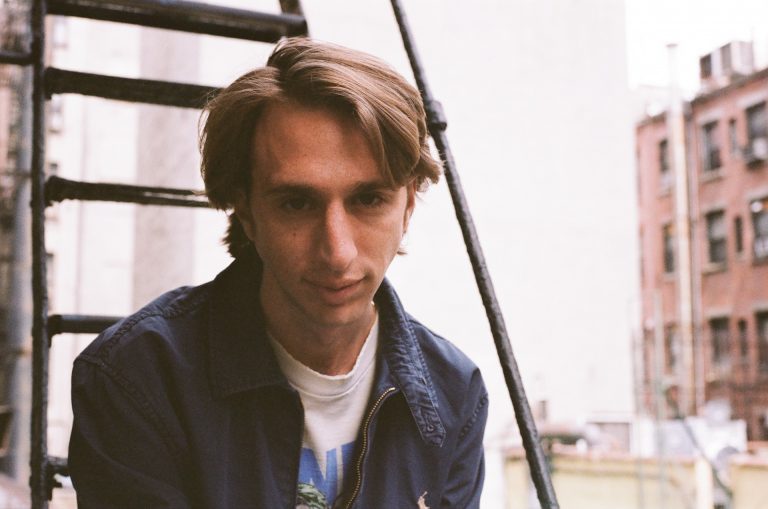 With the release of ‘Change Shapes,’ via Rebounder, Dylan and Jesse are letting everyone know that “you are allowed to change how you feel, look, express yourself, and that it’s not all so rigid.” Dylan and Jesse have been friends for a while, but ‘Change Shapes’ is the first time they joined forces.

Taste the New York energy via our talk with Rebounder below.

I have no complaints, it is really hot in the city right now. Tank top season.

What have you been up to?

We just played this roof show, our first show back since covid. In the run up to that we had to learn all the new songs, so that was a fun practice week. The city is popping, just going out too much.

How is New York these days?

Pretty fantastic, its a great summer. There is too many fun things going on each night, the “energy” is great.

What did you miss the most about New York during the lockdown?

Going out at night with friends, anything new.. Feel like during that period of time new experiences were a rare commodity, not anymore. Though despite the rough times that we all obviously endured, I still think New York was one of the best places to be. You could still somewhat safely see a few friends / or get around a bit. I didn’t feel 100% isolated.

How was your experience?

I think we all tried to make the most of it. I was luckily I was quarantined with my brother and our drummer Cobey, so the three of us spent a lot of time together…More than we already do. We watched all the James Bond movies very quickly.. Towards the end of ‘Becoming Bond”, the documentary about George Lazenby being Bond once (only actor to portray Bond once), you really start to wish the pandemic was over.

What does Rebounder stand for?

I didn’t want to use my name as a band name, and I thought it was important that the name didn’t have a genre connotation. If we were called ‘The Aquaboys’, it would be clear we were a surf or ska band, Rebounder is a bit more open to interpretation. This project was started as I was exiting other bands and life situations, and hoping to bounce higher, and we are all big basketball fans. When I saw Patrick Ewing was the Knicks #1 Rebounder, it sealed the deal for me on the name. #1 Rebounder seems like a hard name to google, but luckily Rebounder wasn’t taken, so we went with it.

How and when did you start writing songs?

I started playing guitar when I was a really young kid, I grew up loving a bunch of classic rock and wanted to learn guitar so I could play along. Pretty early on I thought it was fun to make my own riffs / song ideas.

How did you create Rebounder?

The plan was always to have a band to perform these songs I was making in my bedroom. My brother Noah and I had been on tour as hired musicians in a few different acts, with the idea that we would come back to New York and start our own thing using what we had learned on the road. I recorded a batch of songs in my bedroom over the course of a long period of time, really refining the production and kind of endlessly editing. In 2019 we dropped a few songs and started playing shows. Pretty quickly Cobey Arner came in on drums, and then Zack Kantor, who is my kindergarten best friend. He and I have always wanted to play in a band together, and he’s far too good @ guitar, when he joined the crew I knew we were complete. The four of us have a pretty active group chat and go to dinner together often, it’s lovely to play music with people that you are already in a gang with.

The sport of the night, baby.

That song is just about how much fun going out at night in New York is, and how we do it so much, maybe a bit too much.

What was Slow Angel inspired by?

A love song for a girl I used to date. Though I’ll note we were dating when I wrote the tune.. it wasn’t some ‘we broke up I miss you type of thing’. I’m not a break up song guy.

Do you remember when you and Jesse Rutherford first met?

I don’t remember the date but I feel it each year as we get closer to its anniversary..

We’ve been friends for a while now, over time just getting closer. He was one of my favorite people, just an incredibly genuine solid guy. He took my friends out on tour and we got closer, then he took us out.

Could you tell us about the recording of ‘Change Shapes’?

This song was an interesting one to write. I made the beat without really thinking of the song/arrangement/vocal melodies, just messing around in a Swedish Daw that isn’t my primary one. Sometimes it’s good to put down your main tools and use some stuff you don’t know that well to find something new. After I made the beat my brother Noah and I went to my studio in the city and wrote a lot of vocal melodies/lyrics. Then when we were in LA mixing the Rebounder project with Danny Parra (The Neighbourhood producer) Jesse heard the tune and loved it and hopped on. A true bi-coastal collaboration, the song was recorded in 2 states..is anything more chic.

Did you write it together?

What is ‘Change Shapes’ supposed to represent?

I think the idea that you are allowed to change how you feel, look, express yourself, and that it’s not all so rigid.

Are you looking forward to the Elsewhere Rooftop show?

Really looking forward to that one. Our first ever headlining NYC show! Long overdue. Think it’s going to be really great.

How are you feeling about being able to perform live again?

Feeling great. We threw a diy rooftop show a weekend ago and that went off. I think this will be like that show with better sound and fewer cops breaking it up. We’ve been learning a bunch of new songs.

What are you planning next? Are you working on a bigger project?

Yeah, just finished mixing the first proper Rebounder project, going to begin releasing more tunes from it soon. It was recorded all @ my studio, then mixed with Danny Parra and James Ireland (Pond). We also have a live set we taped @ Babys that we are going to be releasing live videos from over time.