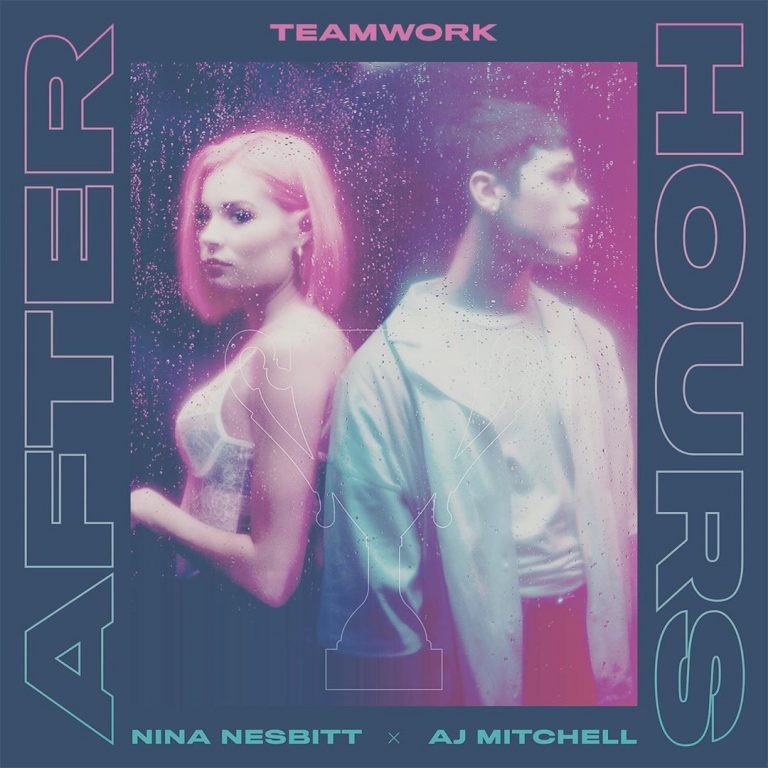 Having been behind international hits such as Tiësto’s ‘Secrets’ and ‘Right Now’ by Nick Jonas and Robin Schulz, LA based electronic duo ‘Teamwork.’ have just released their first solo production under their new-found alias. ‘Afterhours’ fuses pop and dance music together, with the help of collaborators Nina Nesbitt and AJ Mitchell they create a fun, youthful track full of energy. With previous collaborations with the likes of Christina Aguilera and David Guetta, the creative duo has amassed over 1.5 billion streams worldwide proving an eye for commercially successful production. However, with the spotlight now on their new found solo adventure, we get to know what makes ‘Teamwork.’ such a successful team and how the positive feedback from ‘Afterhours’ shapes their future work.

You’ve just released your debut single ‘Afterhours’ under your new teamwork. alias, how did this project come about and what songs were you working on and doing prior to this?

The project came about as we’d been working together for almost 2 years with lots of different artists, writers and DJ’s and it just felt like a natural progression to start our own project together. We were both working on lots of different records before (both together and separately) and the idea behind teamwork. was just to start a collaborative project which would allow us to start releasing records with us as the artist.

What kind of feedback have you received since its release?

The feedback has been great! The song came out just over a month ago and debuted on Spotify with 34 New Music Friday playlists around the world. We’ve since been added to a bunch of other playlists and seen some radio play on the song too. We’re excited to watch it keep growing!

What was the your the inspiration behind ‘Afterhours’?

‘Afterhours’ was originally written in a session in London on a Friday night. Phil tends to have a list of titles and concepts written and then will look through them when the track is getting going to see if there’s anything that feels like a good fit with the track vibe. It came together pretty quickly that evening and within a few hours the song was written.

You’ve collaborated individually with some world-class artists, including Nick Jonas, Christina Aguilera, Seal and Tiesto. Has your production process altered now that you are working as a collective?

I think our production and writing has altered a bit for this – it’s nice that this project is ours and we’ve previously been working to help an artist realise their creative vision, and now we get full creative control which is awesome.

One of you is from the UK and the other from the US. Do you think that the musical preferences of audiences across both of these countries has influenced your own production style?

Well we originally wrote the song with Nina in London so we definitely wanted her to be on the record. She’s one of the sweetest artists we’ve worked with so it was great that she was up for doing it. We’d also recently been working with AJ Mitchell too (who funnily enough Nina was a fan of and recommended we work with). We had the idea of getting a male feature on the song and sent it over to him and he liked it and wanted to jump on the song!

Having previously worked with both Nina Nesbitt and AJ Mitchell on previous tracks, was it an easy decision to bring them on-board for ‘Afterhours’?

I would say so yeah. Like I mentioned the song had quite a journey – it was originally written in London and then the majority of the production finished off in the US and I think there’s a nice natural mashup of different musical sensibilities in there which appeal to both territories.

How long was the entire process of creating ‘Afterhours’ from start to finish?

The initial writing of the song was fairly quick – probably only taking a few hours, and we did it at the end of 2017. We loved the song but it kind of sat around for about 6 months or so before we decided to start this project. Once Nina said she was up for putting the song out with us we got to work on the production some more in the late summer of 2018 and wrote a bridge section for it. AJ came and cut his vocal in October of 2018 and then the song was finished and mixed and came out in May of 2019. So from initial conception to final finished product was around 18 months.

Did you have much creative input in the making of the music video?

The music video was a lot of fun but also done kind of last minute (with about 10 days of planning)! We went back and forth with the director on a few treatment ideas and definitely got some of our ideas in there but it was also very collaborative and he had a lot of cool ideas which he brought to the video too.

What can fans expect from teamwork. in the coming months, will there be more releases?

Lastly, is there anything you’d like to say to your fans?

We’d just like to say thank you to everyone who’s listened to and supported the song so far. For our very first single we’ve been really blown away by how well it’s been doing and we really really appreciate everyone’s support!