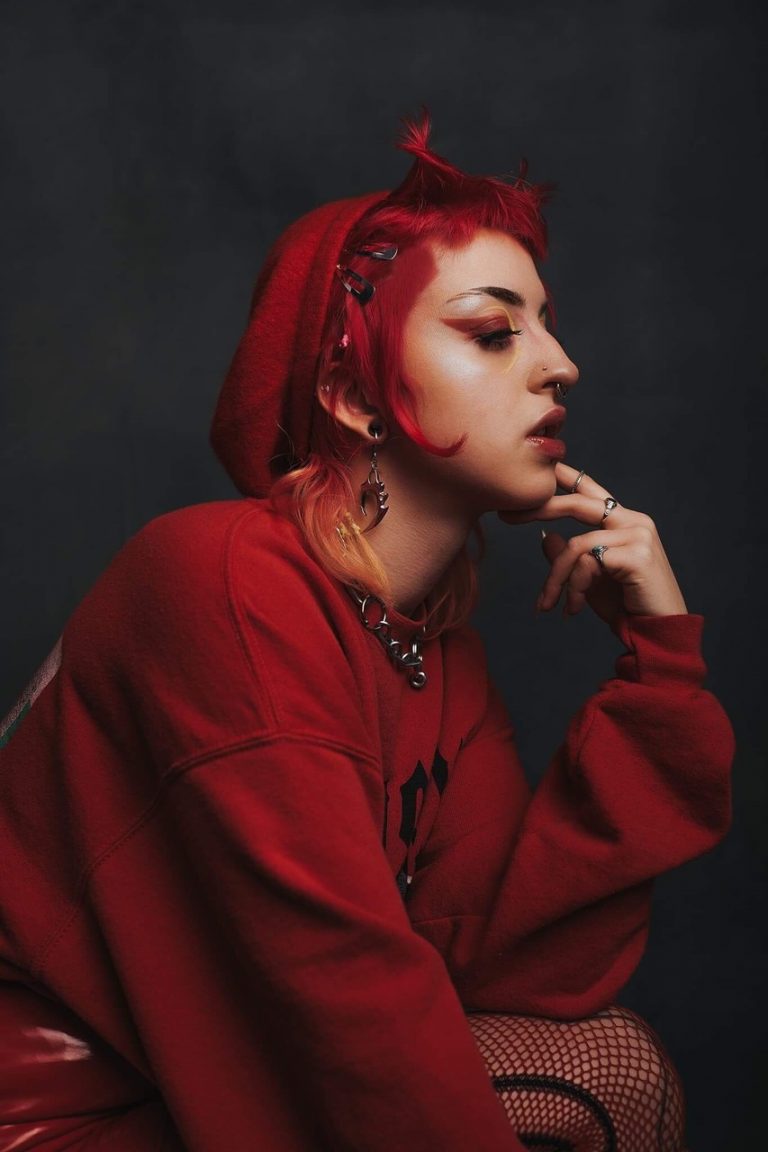 The Debut of Cody Frost with ‘Verbal Warnings’

A 21-year-old singer Cody Frost releases her debut single, ‘Verbal Warnings,’ which amplifies her undeniable individuality that goes beyond red hair dye. The record demonstrates a clash of electro-pop with punk attitude and metallic dynamics.

Based in her hometown of Burnely, Cody Frost speaks to us about how she was first introduced to music that became an escape, to uploading covers on Youtube and busking in Manchester. Don’t get fooled by her edgy aesthetic; Cody has a soft soul that’s survived a lot and is ready to share it with the world.

You grew up in Burnley, could you elaborate on the environment and how it affected you?

I grew up in a very working class, mill town. It can be hard sometimes to be yourself here, still a little behind with the times but there’s rich alternative community here which I’ve been a part of since I was a kid really, hanging out with all the emo kids and skaters at Burnley library is a favourite past time of mine.

In what ways was music your source of an escape?

It’s more like, ingrained in me, I grew up with a singer mum so I just kinda took to it. It’s only becoming an escape now, now when I need time to explode.

What were your musical influences when you started getting into it yourself?

Loved My Chemical Romance since I was 10, then found enter Shikari at 15, and the rest is history, I’ve got a massive music taste so it’d be weird to just pick a few you know?

What made you upload your first music cover on Youtube?

I grew up watching YouTube, probably the first generation to do that and it just seemed that that was the only way I could get noticed for my singing.

You then began busking in centre of Manchester. How would you describe this experience? What were some challenges and what did you learn from it?

Hard, I started with a tiny nylon guitar and no microphone. And people are tough! But I really enjoyed it and it was good practice for actual performing. Someone actually walked past me once with their fingers in their ears and said “that’s not very nice is it?”

After you’ve been diagnosed with ADHD, how did your life change post-diagnosis?

I spend a long time mourning something I was never going to be (neurotypical) and I got medicated! It’s a bumpy road but so much smoother now that I know more about myself.

Were you always into drawing? How did you get into tattooing?

I fell in love with the idea of being a tattoo artist at around 13, and I just never stopped trying. It’s pretty hard to find an apprenticeship but I got a good one in the end so it was worth the wait!

What is your favourite tattoo?

I like all of my tattoos but I love my MCR ray gun on my arm or my tiny shopping trolly on my leg.

How was it working with Enter Shikari’s producer?

Dan is amazing, not just cause he works with Shikari but cause he’s a genius! We work so well together and he really gets the best out of me musically. He really has helped me learn so much about writing and is like a big brother to me honestly!

What is the backstory of your single ‘Verbal Warnings’?

Loser boss, job you don’t want but need to stay in because you need the money. And seeing right through their “almighty” personality.

What can we expect next from you?

More music, so much more!