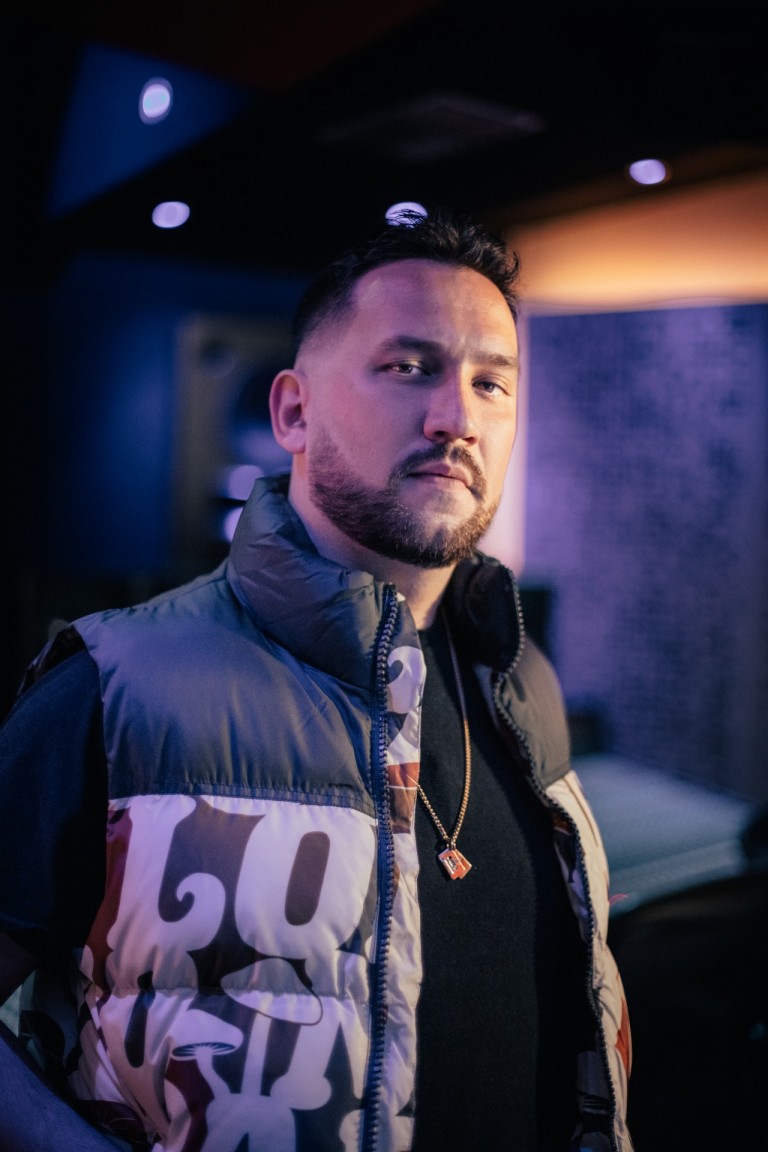 The Many Talents of Boom Dice

Boom Dice, Avie Sheck and Lil Esso have all crossed paths on their latest offering ‘Show Me More‘, and they each bring something different to the table.  Avie Sheck is sonically modern, dark melodies and rhythms dance around each other in his music. With a wealth of material under his belt already, his sound is defined and grows more mature by each release. His 2018 debut E.P “Chutney Chaser$” showcases his vocal creativity, which forms a formidable partnership with his impressive production. Avie’s music draws inspiration from a variety of influences, from his Thai and Japanese upbringing – to the classical Indian music introduced to him by his mother – to his discovery of Nu-Metal, R&B and Hip-Hop. Leading on, Lil Esso is an independent Canadian rapper hailing from Toronto. With 3 and half years of experience writing, mixing and mastering his own work, his skill set is quickly becoming more mastered with every release

However, BoomDice is the production mastermind behind the single, a Multi-Grammy nominated/Brit Award winning Producer, Writer, Mixer and Artist, he’s definitely proven in his field and his expertise are well put together on this single. Working with the likes of Sofi Tukker, Stormzy, Jay Electronica w/Jay-Z, John Newman, Lianne La Havas, Emilie Sande and more, his work has received hundreds of millions of streams, and we believe that this irresistible collaboration could reach those heights.

We caught up with BoomDice to discuss his work and influences.

Hey Boom Dice! Firstly, can you describe your music in one sentence?

Who are your biggest influences and why?

My biggest influences are behind the scenes industry players like Manny Marroquin, Andrew watt, Quincy Jones, and others who are effectively musical chameleons. Basically anyone who can and have been executing at a high level across genres for years and continue to push the boundary on the narrative that you don’t have to specialize in one thing. I have based my freelance career on this idea of being able to work on anything anywhere and continue to demonstrate it with the work under my “Boom Dice” producer artist project and platform “Boom Dice Presents”.

Who have been your favorite collaborators? and do you think collaborating with multiple artists allows your musicianship to grow?

Collaboration is the key to pushing creativity for sure. It’s a give and take relationship that involves always trying new things, compromise, learning, teaching and discovery for everyone. The Boom Dice releases are a way for me to continue helping develop talent from a sonic and technical perspective while satisfying my creative needs personally in the context of a release and it’s strategy. Using my past credits and achievements as “Bryan Wilson” is a tool to build the reputation for the label platform and to find new collaborators every time. There is so much I want to do down the line with it but I feel as if I haven’t found the “team” yet and within the UK, I often struggle to find the right people I need with a growth mindset. We are still “new” and figuring out where it will go so it involves lots of experimenting.

In terms of individual releases in the short time since I started the “Boom Dice Presents” label, I have come across a huge range of artists with different understanding on what it takes to promote themselves. Some have a willingness to put in effort and some do not and that reflects on their outcome ultimately. It’s my job to try to educate along the way based on the success I have experienced and come across in the past, but of course, you can’t always teach someone to have drive or want to learn what to takes to have success in the industry even if you lead by example. So I believe it will be an eternal hunt for the best overall package and have targeted collaborators for different needs.

I’m in a massive transitional period this year with my first child and I’ll be relocating to Canada from the UK after almost 18 years so once that happens, I’ll be focusing the platform goals and my artist output on the North American markets. Outside of developing Boom Dice Presents and putting out releases, I want to start signing young up coming producers to help give them opportunities to build themselves up and continue to pursue my interests in A&R.

One thing I am really excited about though is that I am going to start writing a book. I won’t share too many details on it yet but the goal is to get it published. I hope artists, producers, writers, engineers and aspiring music industry talent can use it as a tool with some insight from a lesser known perspective. It might help someone out there through the lessons learned from my journey. On top of that it will be wildly honest, funny, shocking, and a general good story even if it doesn’t apply to your goals. Stay tuned for that.

What are you listening to right now – that is not your own release!

Outside of my releases, you caught me a strange time when I have been travelling so much. There isn’t anything on my radar in the last 6 months outside of Arabic music, Greek pop, and whatever else I have been encountering on my travels. And to be honest, a break from the usual normal banger-centric mentality is needed for me to reset and get renew inspiration.