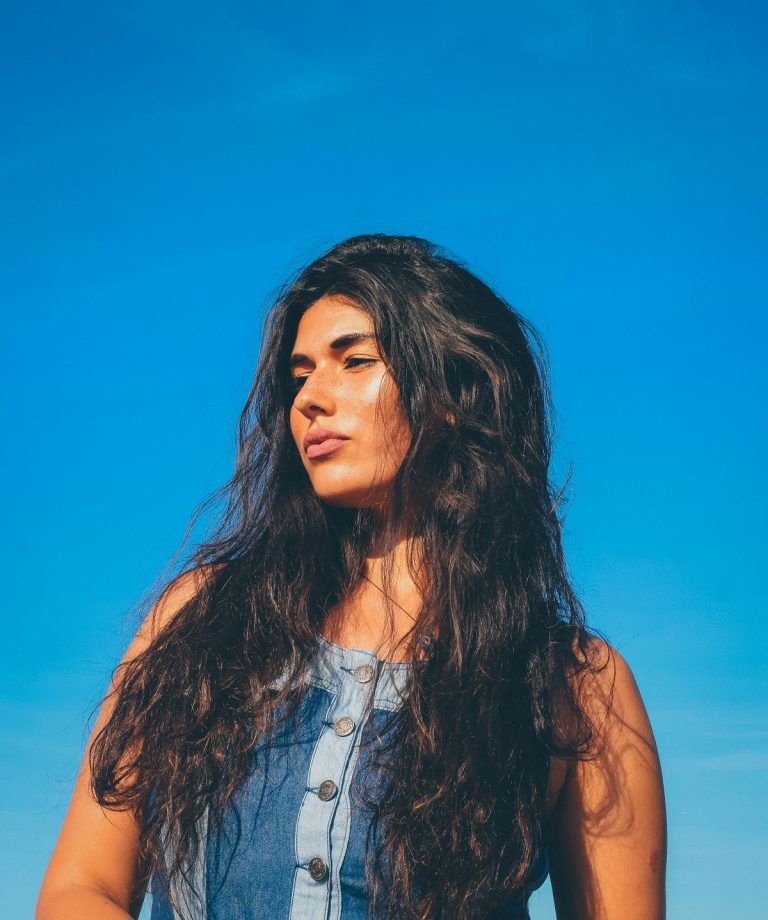 The Things They Don’t Tell You About Being Mixed Race

Discussions on race are neither black or white, literally. Conversations surrounding the topic are almost always met with critique, cross-examination and debriefing. There are questions on whether white privilege exists, who can say what word and why, who can wear what and whether it classed as either “appropriation” or “appreciation”. Going about life in your conventional box may be presented as challenging enough, but what about the two? Despite the conversation almost seeming omnipresent, it’s rarely bluntly brought to the forefront as it is. However, once the Duke of Sussex, Prince Harry, announced his engagement to American actress Meghan Markle it was glaring and evident that the media would be quick to label her as “unconventional” did so not because of her career or anything particularly striking about her personal life, but because of the fact that she is mixed race. Media coverage of their engagement focused heavily on Markle’s ethnicity, as a result, leading the BBC doing a feature on the ‘rapidly changing mixed race population’ and an article in Metro stoutly stating: “It’s a great day for interracial couples and mixed-race girls everywhere.” And as Georgia Chambers of The Guardian amazingly put it, if we insist on depicting her as symbolic of the mixed-race experience, Markle serves as a reminder that no matter what we achieve, our ghost of “incompleteness” will continue to  haunt us.

However, London-based photographer Susan Dale is tired of the narrative that doesn’t diverge; a tiredness that prompted her to finally get to launch the Halu Halo Project. She says “It seems bizarre to me that in 2018 where everyone is so obsessed with identity politics that no one is actually interested in the mixed race experience- unless it involves Meghan Markle”. It’s a very fair point to mention that it took the monarchy and a white prince to get this journey the recognition that it deserves. In the UK, population projections suggest that the mixed groups are the fastest growing ethnic groups, with over 1 million people identifying as being of dual-heritage. Society has not accommodated the growing number of young people of mixed race, in that they are frequently categorised as black, rarely as white, and not accorded their chosen mixed identity.

But founder Susan Dale has short shrift for anyone who believes representation and visibility to be a “box ticking” task. The photographer tells us “I was incredibly frustrated that at the age of 31, I had gone through a lifetime without seeing myself or my experiences reflected back at me in the media, literature or culture. I was tired too of seeing one particular type of mixed race girl, guy or mixed race family showcased as ‘the future’ and proof of a post racial world. I created this platform to celebrate the diversity of the mixed race community but also as a safe space to share our stories. I created what I wish had existed when I was a young girl struggling with my identity and how others perceived me”.

The Halu Halo Project an online photography series born out of frustration at the lack of public discourse or acknowledgement of mixed race people’s experiences. Through a series of beautiful portraits and perspectives that allowed the individuals to share personal thoughts on identity, race and self, each one casts a new light on how we see ourselves.

“My school was predominantly white, with a large Scottish-Pakistani population, and a small number of black pupils who had moved to Scotland recently, but it was very segregated and these groups barely mixed. All my new friends were white and so I quite suddenly got this sense of being different that I really hadn’t had up until that point. I was young then so didn’t necessarily process this fully or the impact it was having on me consciously, but as I went into high school I was definitely well aware of it, sometimes liking that difference but often not.” – Naomi Naidoo – Scottish, South African of Indian Origin

Susan Dale wants more than just one sort of narrative to be taught to the masses when it comes to heritage and mixed identity, part of HaluHalo is about showing the diversity of being mixed race in all its forms and above all else, she also wants complete exclusivity of every racial heritage and their stories, which is the most significant outcome of this photo journal project. Telling us “I want mono racial people to understand that some of their interactions and seemingly jokey comments are incredibly othering. I want the media to be emboldened to tell our stories, they are rich and complex and deserve to be heard. But most importantly I want parents of mixed race children to step up. Raising your child with a colour blind mentality in a world that operates through a prism of race and will constantly question your child’s identity is ultimately damaging. Similarly raising your child by imposing a racial identity on them because that is how the world will view them (yet dismissing the other part of their identity) is ultimately damaging. No you will not understand what your child will face or experience but what you can do is create a space for them to navigate their self-identity journey. The best way to do that is to openly discuss race. By not talking about it doesn’t mean that racism goes away. Give your child the opportunity to embrace all of their identities, especially those which they may not grow up surrounded by or not have easy access to their community”.

“Sometimes I just felt like I didn’t know where I belonged or if they saw me differently and I guess I became very conscious of it when I was about 8 or 9, when people started classifying me as either white or black.” – Danielle Sams – Ugandan, English

In relation to mixed race identities recent weeks have given light to an even larger conversation, a Twitter storm hit the internet accusing mostly white Instagram influencers, beauty bloggers and makeup gurus alike of altering their appearance to appear as ‘racially ambiguous’. This has been done through enhancing their lips so they look fuller, using wigs and weaves to change their hair texture. Though some have denied that’s what they’re doing, blaming their change on a propensity to deeply tan, multiple people and social media outlets have explored contrasting photos of these bloggers through ‘before and after’ photographs, as well as calling these influencers out through explaining the social, historic and cultural factors of their actions and how the, what the internet as referred to as ‘Blackfishing’ is in fact, racist.

The practice has been rightfully heckled as “the epitome of White privilege” as it not only allows these bloggers to apply features that many mixed race people, myself included, were made to feel ashamed of having whilst growing up. These features are also applied like accessories, and these bloggers are not made to confront the political consequences that come alongside holding them, such features such as afro hair, darker skin and a curvier figure were often what made people of dual or multi heritage, stand out from the rest of their family, resulting in all sorts of unwarranted questions and comments from strangers, causing them to feel isolated. “Our identity comes loaded ; you can’t pick and choose the ‘desirable’ parts and profit from it.” Susan tells us. She continues “’I don’t believe mixed race identities are being discussed as much as they should be given that it’s 2018 and we’ll be the biggest ethnic minority group in UK by 2020. There are many of us pushing that discussion to the fore on various platforms and social media but the biggest impact will be seeing our stories in mainstream media, film and TV and celebrities openly talking about their identity (it’s easier to find an interview of a celebrity self-identifying as a feminist than as mixed race) as they have the furthest reach. It’s also important for mono-racial people to understand about the mixed race identity because many are now in interracial relationships having mixed race children or they have a family member that is mixed race. I’m hopeful that as a society we are becoming more accepting of the mixed race identity but I am also very conscious that there is still a lot of work ahead of us.”

“Though it isn’t our responsibility to fight prejudice, it is an honour to spread knowledge and share our experiences of life. Racism has become more subtle, but it has vastly improved. We have a long way to go but you only have to walk down the street and look at people’s faces to see that the world is changing.” – Darcy-Dionyves Lake – Jamaican, St. Lucian, Indian, Scottish, Russian, Dutch, English, Latvian, Irish, Spanish, Portuguese

Though social media platforms has been a gateway for people to access more insight into the lives of everyone surrounding them and beyond, the media still rarely reflect the reality of the cultural grey space of the reality of what it actually means to be of mixed heritage. The term “mixed race” includes an assortment of shades and heritages which are rarely ever acknowledged, the public discourse and the overall acknowledgement is still severely lacking for those that feel constantly torn between a multitude of backgrounds as well as how it affects life ethnologically. On what the photographer has personally learnt alongside growing her project, she tells us “No matter your mix, the circumstances in which you were brought up, how you are perceived by others, some of the feelings, thoughts and experiences you have will be similar to others. And that is comforting to know since so much about being mixed race is complex, internal and isolating”.

“For as long as I could remember, I knew I was seen differently. My dad’s side of the family, although it’s clear they love me, they’ve always been transparent. My nan treated my mum differently, occasionally I was given the same courtesy.” – Isla Ronise Williamson – Scottish, Caribbean

The Halu Halo Project is a wonderful one at that, the images all uniquely exquisite and each interview equally as cogent and telling. It heavily reminds us that no matter how confusing and isolating emotions may be, we’re never truly alone in them. The interrogation of being asked where you’re ACTUALLY from followed by dismissal of your answer are not too uncommon, as well as other forms of alienation, racism and invalidity. However, the blending of cultures help mold our identity and view life from different perspectives is one of the many upsides and despite these mental strains and identity battles, one thing that everyone involved in the project agreed on is as that they don’t want to change that aspect of their lives because the hardships help make them who they are, the project providing an overall feeling validation and inclusivity. “HaluHalo was created first and foremost for mixed race folk. I hope it encourages others to delve deeper into understanding their identity. I hope it shows that how they feel is valid and they shouldn’t minimise or dismiss those feelings. I hope that they see that they are enough just as they are”.