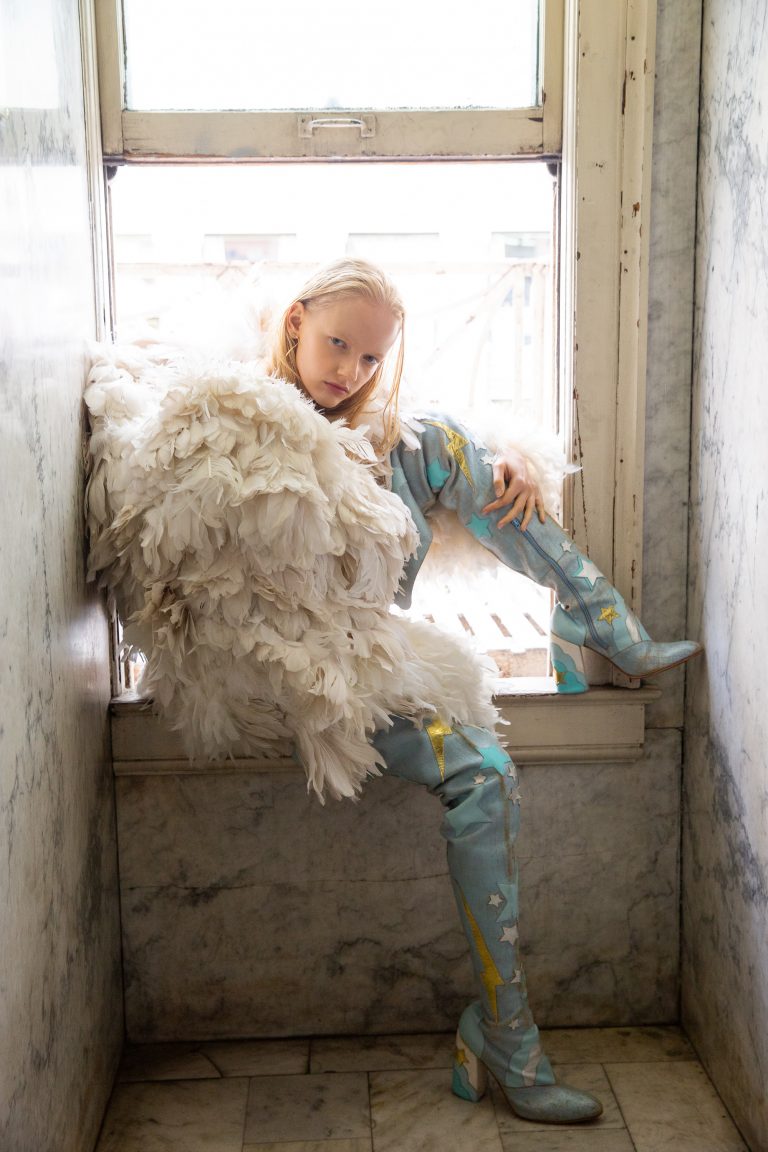 A Day in LA with JimmyPaul


Creating fantastical pieces and taking us into a whimsical world that brings imagination to life. We get to know JimmyPaul, one half of creative duo MaryMe – JimmyPaul and followed one of his angels through the streets of LA

Can you tell us something that most of your fans do not know about you?

I think most of my ‘fans’ (haha, sounds so weird) don’t know that I am a MAJOR horror fan. The bloodier the better. It is such a contradiction with my work, I also don’t know where it comes from. I’ve been a horror fan since I can remember, as a 8 year old boy I already wanted to read Stephen King books and only watch Nightmare On Elmstreet. Oh, and that I’m half-Asian. A lot of people don’t know that too.

How did you get into fashion design?

I studied at the Rietveld Academy, an art school in Amsterdam. My first idea was to become a childrens book illustrator, but after one year I discovered Alexander McQueen and John Galliano and I was sold.

Were you always creative growing up? What kind of child were you?

I was always very creative. I wanted to be an actor when I was young. I went to dramaschool and I was alway drawing. I copied American comic book illustrations (like Spawn, Witchblade and The Darkness, I was way too young for that) and my family was always very supportive in who and how I was and what I wanted to become.

How has living in Amsterdam influenced what kind of artist you are?

I’m born and raised in Amsterdam and I think the easy-ness of living in the Netherlands (transportation, openness and the social structure in the government) helped me a lot in becoming free in my aesthetic. Nothing is too weird. Also, Dutch people are very straight-forward people that plan everything. I think that helped me a lot in my work ethic.

What is the last great book you read?

I re-read The Stand again from Stephen King. Still one of his best works.

What genre of music are you currently inspired by?

I always listen to a lot of contemporary pop-music. My favorite at the moment is Dua Lipa. But I also like my Katy Perry, Rihanna, Nicki Minaj and Lady Gaga. Now on Spotify I listen a lot to my ‘Daily Mix 5’ which contains a lot of 80s. I’m now a bit into the 80s. I don’t know why.

You work with quite a lot of celebrities, what’s your favorite celebrity story?

My favorite at the moment is Katy Perry inviting me herself to come to her show in Amsterdam and that we had the chance to meet up. She knew a lot about the brand, was very interested in me and was oh so sweet and super beautiful. The show show was amazing too. Me and my friends were that evening in a constant high. It was so weird. Katy Perry is for me, personally, the ultimate popstar and her persona is the perfect match with my design aesthetic. I would absolutely LOVE to make costumes for her shows or TV Specials (I have this fantasy that she get’s her own Variety show on Netflix, kind of like the Cher Show in the 70s, with sketches and musical numbers and that I get to make every costume, like Bob Mackey did for Cher. Basically I want to be Katy’s Bob haha)

If you could give advice to aspiring and emerging fashion designers, what would you tell them?

What can we expect to see from you in the next year?

I worked together for years with Marie Burlot on the brand MaryMe-JimmyPaul, but we decided to concentrate for now on our own different projects. So expect to see a lot more from JimmyPaul!

I would really love to go more into custom-made pieces for popstars and try to get a foot in Hollywood. Would like to go more into costume making for movies. Collaborations with other companies is what I’m good at, so keep an eye out on JimmyPaul for —insert any big brand’ lol