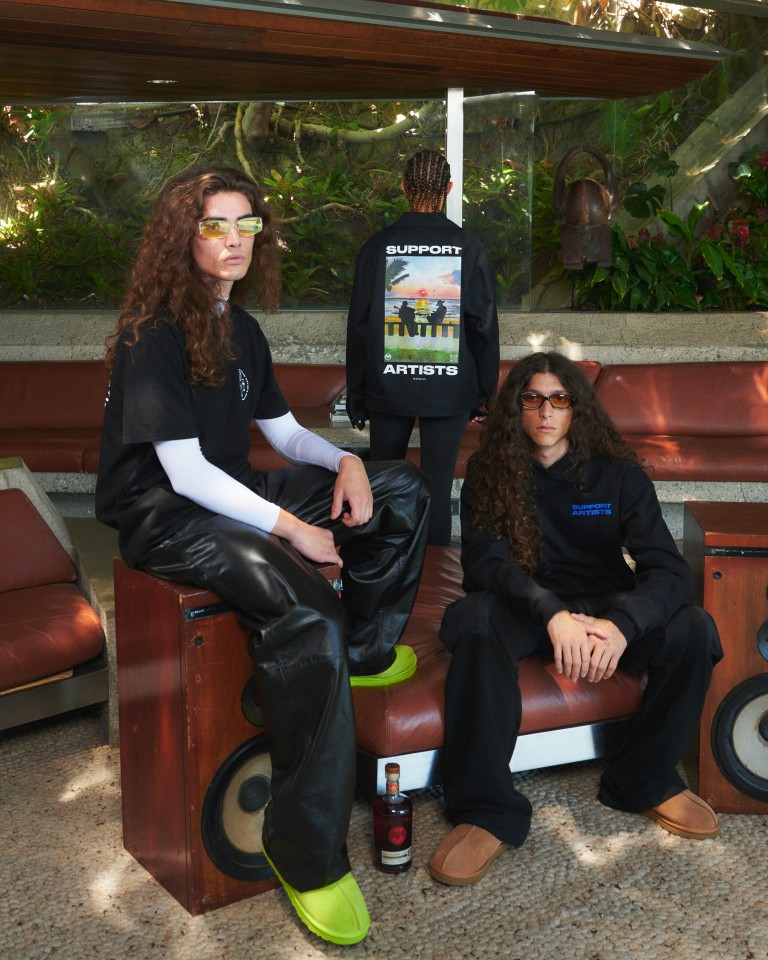 Want to show your support for new talent, but aren’t sure how to take the first step? Imagine this – you scan a piece of clothing, discover upcoming musicians for your summer playlist, and sleep sound knowing the profits are going directly to the artists. Sound unreal? Not for NAHMIAS, Dj Boi-1da, and BACARDÍ who teamed up to champion underrepresented voices in the music industry.

Another edition of Music Liberates Music, curated by the well-known Rum brand, aims to promote upcoming artists. With help of a Cali-based menswear designer, and Grammy award-winning producer, they managed to launch another program for music and fashion connoisseurs. The base was the four-piece wearable, gender neutral collection, designed by Doni Nahmias, featuring embedded QR codes, which thanks to Dj Boi-da were buzzing with tracks produced exclusively for the NAHMIAS drop. The initiative not only satisfies your fashion desires but also allows you to explore uprising stars like Chicago rapper Rick Wilson, London-based BenijFlow and Berlin-based K.ZIA. If that wasn’t enough to pique your interest, the initiative also rewards fans with concert tickets and more every time someone scans their outfit and listens to the artists.

Doni’s vision to design an innovative collection came to reality, making its global runway debut at Men’s Paris Fashion Week. His focus circled around the beauty of youth, Californian-surf vibes, experiments with an informal mix of sport, West coast influences, and a Bacardi inspired ‘Caribbean flair’. Connecting fashion with music represents his devotion for fashion, love for music and on top of that: a will to spotlight young talents. “As an up-and-comer in my own industry, I was thrilled to be part of the latest iteration of Music Liberates Music and had a lot of fun combining my signature aesthetic with the tropical vibes of BACARDÍ to bring this collection and QR tech component to life,” said Doni.

Boi-1da was responsible for discovering artists and helping them to produce outstanding tracks. It was his second time collaborating with Bacardi, and again, he poured his soul and heart into the project. “I’ve been looking forward to this next iteration of Music Liberates Music and how we can bring more attention to rising artists that are the future of music in an unexpected way, with some help from my friend Doni and BACARDÍ,” Boi-1da explains.

Laila Mignoni, Global Head of Brand Marketing Communications for BACARDÍ, also shared her thoughts and excitement regarding the program. “Not only does this year’s program help rising artists expand the scope of their fanbase, but it marks a first for BACARDÍ in collaborating with a talented fashion designer like Doni Nahmias to help spread the artist’s work via a wearable album. We are thrilled to have Boi-1da back on board for the second time and can’t wait for you to hear the new tracks from the talent we’re supporting.”

The rising artists not only will benefit from having their music streamed, but 100% of net profits of the sale of the collection will also directly benefit the roster of growing talent. This iteration of Music Liberates Music introduces a unique, fashion-forward disruptive distribution and revenue model that turns music fans into a walking promoter and wearable album for participating up-and-coming artists.

More information on Nahmias and the exclusive MLM capsule collection can be found on the brand’s website.