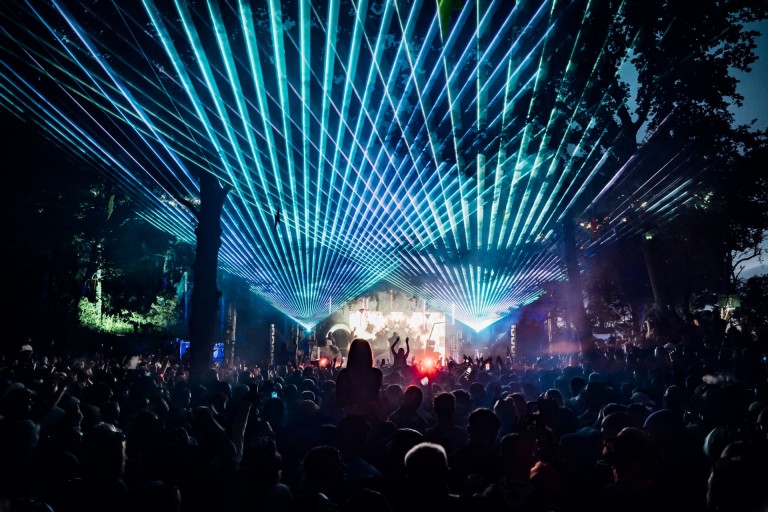 After a fiery second year at Electric Woodlands, it’s safe to say that this forest party in the mystical woodlands of Bygrave Woods, Newnham (approximately 30 minutes from London) is one to remember.

Last weekend, a diverse range of DnB, House, and Techno DJs descended on the wilderness to spin space-like sounds on three immersive stages. This festival elevated its event to the next level by providing ravers with a camping option. This drew a large number of partygoers from all around the country, individuals who came only for the music.

With a resemblance to Alice in wonderland or an adventurous adult playground, Electric Woodlands provided the perfect venue, talent and vibes for a summer sesh in the woods. Electric Woodlands was a lift-off moment in welcoming 2022’s hopefully hot July.

They were louder, prouder, longer, and stronger this year. Each of the three stages was different, displaying a stunning appearance, sound, and character. Headliners performed over two days, which included UK multi-genre maestro and hit creator Paul Woolford, as well as fellow house producer and UK chart-topper Sigala. Friction & Linguistics, a cutting-edge drum & bass duo from London, and multi-award-winning cinematic bass combo Koven will also perform.

The festival was super secluded, meaning they had music lasting all night long until sunrise (a rarity amongst some festivals with noise restrictions). This made the weekend a non-sleeping zone, providing a rave all-night mindset which kicked into gear as soon as we stepped on site.

The world-class production on display improved the overall ambience of the woodland. Other notable guests were the famed live-stream DJ SUAT and producer, singer, songwriter, and visual artist blowing up (who has carried his mobile deck stage to all manner of wonderful places while playing live online).

A highlight was Brighton-based, South London-born Bklava, who played at the Foreverland stage, spinning the decks and using her unique vocals, at the same time! She has already announced herself as one of the hottest prospects in dance music and that was in full motion on Friday evening.

After leaving the wilderness of Electric Woodlands, the bassline became stuck in our minds and souls. The Noctis team have been daydreaming about the festival since arriving back in London, and we have our eyes peeled for their next event.