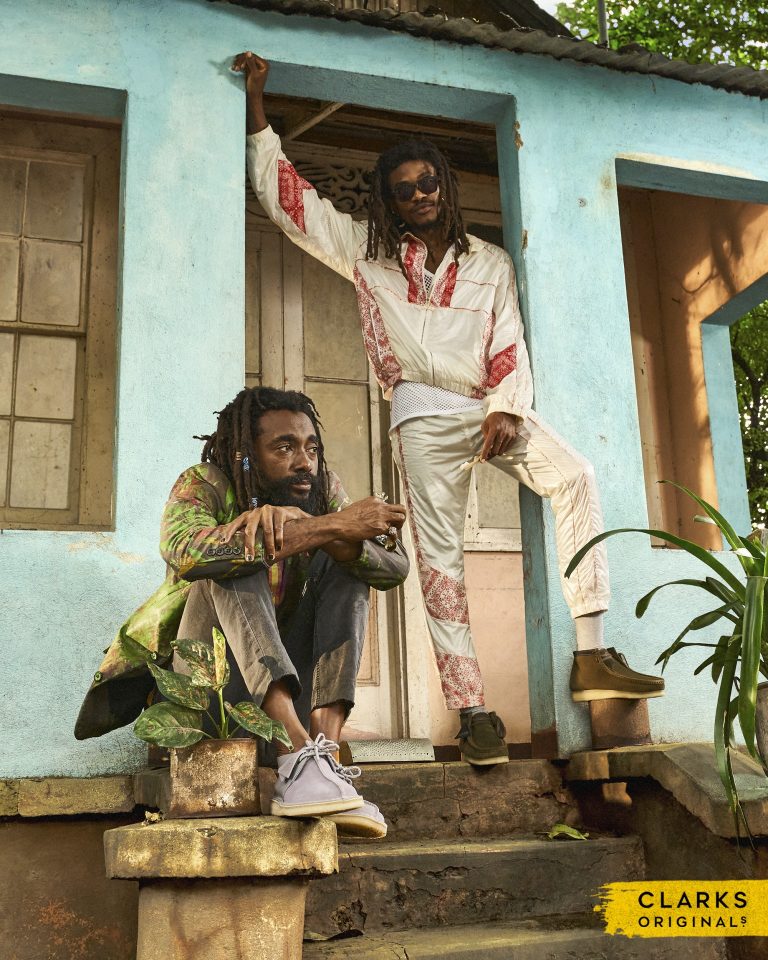 Shot on location in November last year, the Clarks and Jamaica short film includes with appearances from fans such as the Raheem Sterling, Original Koffee, The No-Maddz and M1illionz – the film explores just what it means to wear Clarks on the island that has adopted the brand like nowhere else.

The connection between Clarks and Jamaica goes back a long way. Ever since the original Desert Boot hit the streets of Kingston almost 60 years ago, the brand has become ingrained within everyday life on this very special island.

Clarks shoes have occupied a special place in Jamaica’s collective wardrobe for over 60 years and people are still invariably asked to “carry down a Clarks” whenever they fly out to Kingston. Not only does the film showcase the leading names in Jamaican music today but also highlights the collective affinity the people of Jamaica have for the brand.

By the late 1960s and 1970s the Clarks Desert Boot had become so synonymous with the Jamaican music scene, that often songs would include mentions of Clarks and its iconic styles. The references in Jamaican music continues till this day with over 150 songs in existence that feature a nod to Clarks.

The short film was shot on location with an all Jamaican crew: