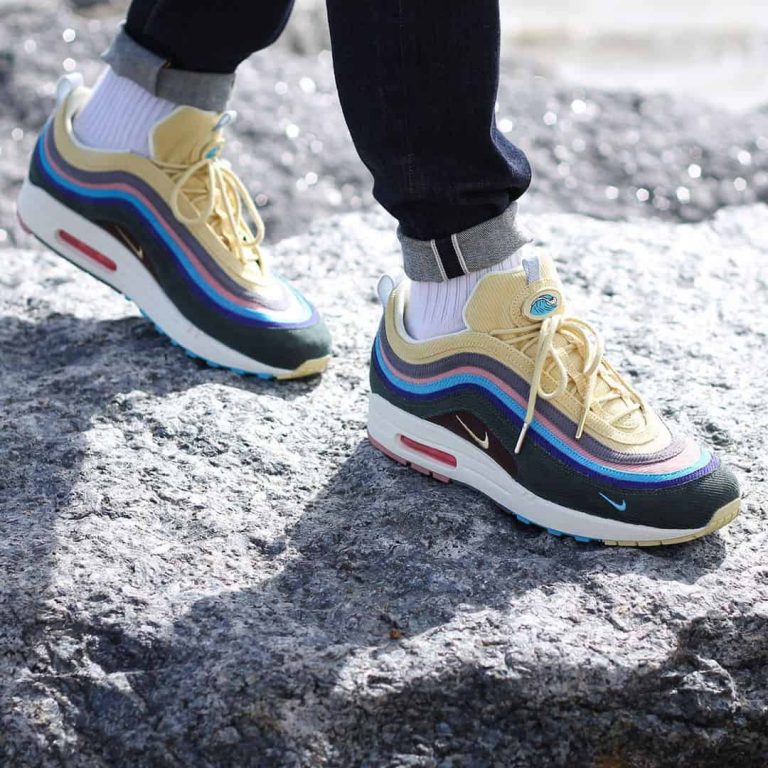 In a world of lockdowns and restrictions, the comforts of streetwear and fashion have never been more appealing – and when it comes to trainers, comfort doesn’t contradict style. But having run SaruGeneral – a UK streetwear store and clothing brand specialising in, among other things, rare and classic trainers – for several years now, I’ve been able to unlock, express, and share a passion that runs deeper than comfort or fashion.

Sure, we keep a close eye on the latest trends, and we love listening for the crescendo of hype that accompanies the next big drop, but the magic of sneaker culture really lies in the classics. Fashions ebb and flow constantly, as much with trainers as with anything else. Finding items that transcend that cycle and rise to untouchable heights is a mission that inspires both myself and fellow co-founders at SaruGeneral Steffan Warner, Jack Smurthwaite and Noah Raphael, who’ve also contributed their insights to this round-up. We’re all about finding these items and connecting them with people who recognise a history and significance that goes beyond the mood of the moment.

But why do some trainers become elevated to the status of a classic? What are the foundations for their cultural significance? It’s important to reflect on these questions, which is why I’m happy to take the reins of this guest article for Noctis and puzzle out the stories behind the icons. Our collective obsession with trainers arises from a mix of potent sources – the power and fame of celebrity collaboration, the heady nostalgia, the brand status – and these sources find full expression in the five most culturally significant trainers from the 2000s to the present.

This was Kanye West’s first ever sneaker collaboration. For this, he would team up with Nigo to create the most sought-after Bapesta in history.

This pair featured rich leather and nubuck paired with the deep brown, tan and red that give the shoe a striking look. The famous college bear on the heel was the icing on the cake, inspired by the cover of the college dropout album produced by Jay-Z and Ye in 2004.

The Bapesta Kanye West Dropout’s cultural significance stems from its mammoth collaboration between one of the biggest American artists at the time and the Japanese company which gave Nigo and Bape the limelight to further develop a very successful brand which is still excelling to this day. Kanye later collaborated with Nike, LV and adidas by showing off some of the most hyped shoes of the past decade, so it’s fair to say that the Bapesta College Dropout paved the way for years of trainer-based innovation.

These shoes are pieces of art and history, and there’s no question that future pairs will sit in museums. In good condition, these sneakers tend to sell in the region of $3,000-$5,000, but some sizes are so scarce that sellers can name their price.

The hype surrounding the Jordan 1 Dior was building up for months prior to the release of the shoes – this was unsurprising, given that only a handful of lucky winners got the opportunity to purchase the Jordan 1 Diors from Selfridges for a retail price of £1,800. The flames of anticipation were fanned by rumours that Nike were planning to link up with Christian Dior, generating a massive surge of interest within the sneaker community.

Excitement reached a fever pitch when Travis Scott posted a picture on Instagram with the Dior Jordans front and centre. Dior is known as one of the most luxurious brands in the world, so their collaboration with Nike Jordan, the most well-known streetwear brand, resulted in a sneaker which represented a landmark moment in sneaker culture as a whole. In Jordan’s 35-year history, this was the first collaboration with a luxury brand – marking out this sneaker’s unique place in trainer history.

Only 8500 pairs were released worldwide, and these rare items have slowly made their way into the hands of sneaker collectors, celebrities and influencers.

Despite previous affiliations with Bape and Nike, Kanye West is best renowned for his prestigious Yeezy brand created in partnership with Adidas. The most famous trainers to bear this label are the Yeezy 350’s, which have maintained their popularity over the past few years since their initial release in 2015. Since then, we’ve seen several colourways and versions being released. Interestingly newer releases are easier to acquire because there has been as increase in the numbers being produced. Consequently, this has raised the prices of older pairs which were previously released in far lower quantities.

With numerous silhouettes, colourways and use of materials. New Balance is a serious contender in today’s sneaker culture climate and the past year has been a reflection of that. Being designed as running shoes, a lot of people appreciate the comfortability and practicality of these shoes. Some of their popular models are the 990s, 992s, 550 and more recently the 2002r. Aime Leon Dore, a fashion and lifestyle brand based out of New York even collaborated with New Balance in 2020 to release a 550 shoe. New Balance are also known for having additional collaborations with brands such as BAPE and Levi’s.

Years down the line in 2013, the Jordan 1 Chicago dropped again: this time around, however, the shoe featured the Jumpman branding on the tongue and heel. In 2015, the original Nike Air branding on the Jordans was re-released, marking the first opportunity since 1994 for sneakerheads to buy this version of the shoe. Of all the OG Jordan 1 colorways, Michael Jordan only ever wore three on the basketball court – Bred, Black Toes and, of course, the Chicagos.

In 2017, Nike decided to collaborate with Virgil Abloh’s Off White. Nike Off White announced that they would be releasing the ‘OG Ten’, which consists of some of the most iconic Nike silhouettes in their history, including VaporMax, Air Force, Presto Blazer, Air Max, Zoomfly and many more. The pair that kicked off this collaboration was the Nike Off White Jordan 1 Chicago, which is one of the most sought-after shoes to date. Off White’s brand is very well known and popular around the world, so their collaboration with Nike to re-create the original Chicago colourway was a sure-fire recipe for new levels of enthusiasm.

Four years since the drop, the Nike Off White Jordan 1s are re-selling for an astonishing £4,000+. To this day, there are new Nike Off White pairs coming out with a selection of different models and colourways, including new Air Force 1s and new Dunks. The price range of this whole collection varies from £200 to a breathtaking £4,000+ for rarer pairs.

In 2017, Travis Scott collaborated with Nike to create a Travis Scott x Nike Air Force 1. With Nike Air Force 1s being one of the most popular sneakers in the world, a collaboration with one of the most popular rappers in the world was always going to create a very sought-after sneaker. The sneaker was designed beautifully with a unique, clean white canvas, complete with accessories which suited the Cactus Jack theme. On top of this, it came with three detachable Nike swooshes – a default metallic silver, a diamond-patterned iridescent set, and an iconic flame-based graphic.

New Travis Scott models were released in the four years following the Air Force 1’s appearance on the scene, including the likes of Jordan 1, Jordan 4, Jordan 6, Dunk, and another version of the Air Force 1. The Nike x Travis Scott collaboration has evolved over the last few years, undeniably increasing Travis Scott’s following on social media platforms and his reputation as a rapper. There’s no question that that Travis Scott will continue to grow and offer further releases that rock the foundations of the sneaker world.

2018 saw the release of Sean Wotherspoon’s highly anticipated sneaker from the “Vote Forward 2017” campaign hosted by Nike. The Air Max 97 / 1 hybrid was a unique take on sneakers that had never (officially) been done before. In an unusual twist, the shoe was comprised of different coloured corduroy materials, which Sean said was inspired by his love for 80s Nike hats. Additionally, the shoe included a Velcro tongue tab and came with an interchangeable wave tab and swoosh logo patches, allowing owners to mix and match to suit their preferences. The letters “VA to LA” were also branded on the heel tab of the shoe, paying homage to Sean’s two homes of Richmond, VA and Los Angeles, CA.

Now, a few years on, a deadstock pair of these will set buyers back by over £1,000. Being one of the most sought-after sneakers in recent years, easily recognisable for their vibrant colourway, these are the perfect summer shoe, better still due to their classic Air Max comfort. This shoe in particular was very popular among sneaker fans and notable names alike, with many being spotted on the feet of famous influencers, rappers and athletes.