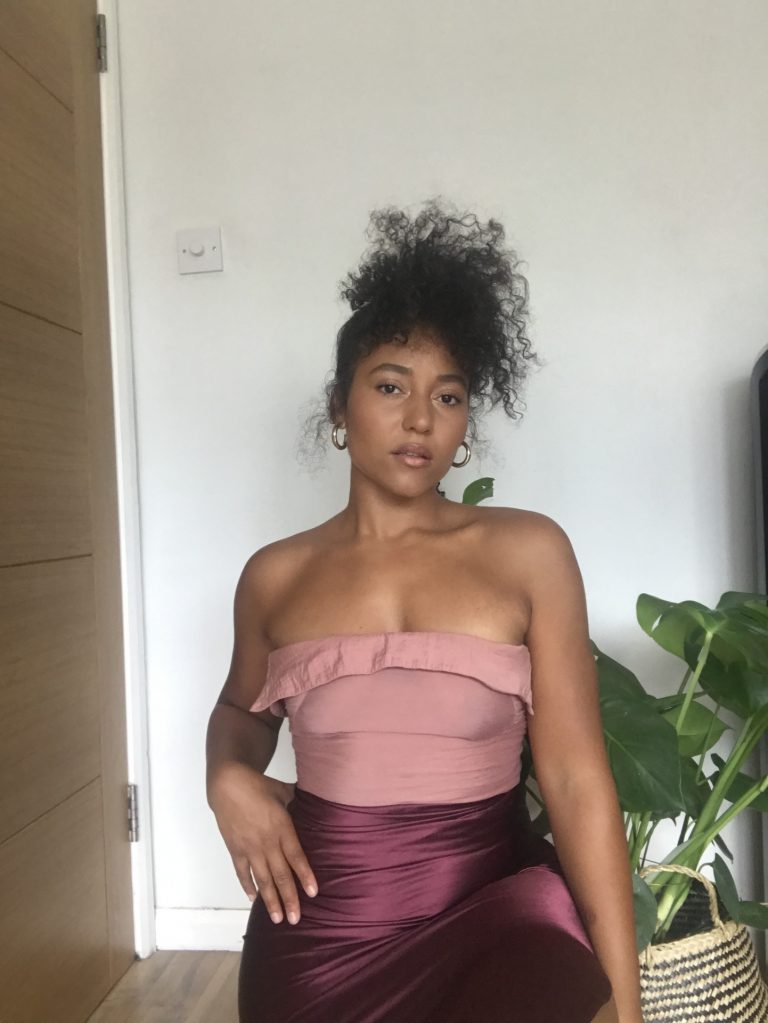 Kyra’s unorthodox presence and gripping releases have seen this rising star deservedly gain well acclaimed achievements including immediate support from BBC Radio 1Xtra’s Jamz Supernova and BBC Music Introducing’s Jess Iszatt. Her extraordinary falsetto vocal saw her wow audiences at her headline 2019 UK tour, and was met with further rave reviews after being handpicked to headline the 2019 BBC Music Introducing’s “future tense series” at the Southbank Centre. Kyra has gained notable hype having featured in industry revered publications such as Equate, TMRW, along with an exclusive premiere in Hunger Magazine who praised her ‘serene tracks’ and the ‘cinematic beauty’ of her visuals. This incredible reception serves as a testament to this visual artists’ growing intrigue, and certainly contributed to her amassing nearly a million streams on Spotify.

Inspired by the otherworldly themes from the movie of the same name, the singer-songwriter is set to release her debut EP “Xanadu” in early Autumn. “Xanadu” is a sonically charming project that will give listeners a glance into Kyra’s idea of a utopian world. It’s an addictively enchanting body of work which will put Kyra on the map as one to  watch for 2020 and beyond.

Kyra was recently invited to take part in our Noctis x Garment Streak slow fashion week, taking one item of clothing and styling it with five different looks across the week. Kyra choice a pink blouse and incredibly reworked this one item into different tops and even a hair accessory! Taking part in this challenge, Kyra hopes to fight the negative stigma around wearing the same thing multiple times and get people to reconsider buying new fast fashion when your own wardrobe can be creatively upcycled! As a singer and creative often in the limelight performing, we were keen to hear Kyra’s thoughts on slow fashion…

I think I discovered the vocabulary in the past few years but it’s always been something I’ve been acutely aware of. Growing up with a large family and being 1 of 4 siblings meant hand me downs from big sis and clothes swaps with your cousins was normal, regardless of gender lol. So I placed quite a value on sustainable clothes because they’d be living more than one life. As I got older and discovered fast fashion I’ve never been comfortable with the ethics behind production and how disposable items have become. I’m pleased we’re having the conversation and putting pressure on fashion houses and consumers to be more responsible and sustainable.

The word ‘influencer’ generally makes me cringe ha ha but if you are going to assume that title it’s only right to influence your followers positively. I think it’s about normalising wearing the same outfit and not being embarrassed about it. I’m wearing the same outfit, who cares?! It’s needs to be done so much it’s not even a thing anymore. I don’t think a lot of people have even considered how their clothing and buying habits are effecting the climate. So if we talk about why we’re doing it and show off creative ways to re use our clothes, more people will feel more comfortable and inspired to do the same.

What has it felt like for you to be seen on Instagram wearing one item of clothing multiple times?

I’d be lying if I said I’ve never been bothered about it. It has crossed my mind when posting something, like shit I wore that last week, I hope they know I washed it, or I do have different clothes! There’s a lot of shame attached to wearing the same items. But then I remind myself that this is real life and I do not have the desire, energy or coin to keep up a facade that my wardrobe shall never be repeated. It’s pretty shallow really. Do I look good in it? Yes. Then crack on boo!

Besides performing in the Garment Streak, what else should we know about you or what you are doing? Any new work or projects coming up?

Yess I’ve been releasing music independently from my concept EP Xanadu. I’ll be releasing the final installment ‘Higher Ground’ in the coming weeks. I’ve also performing a special socially distanced live stream show with Iluvlive and lots more to come so keep eye on my socials for details x