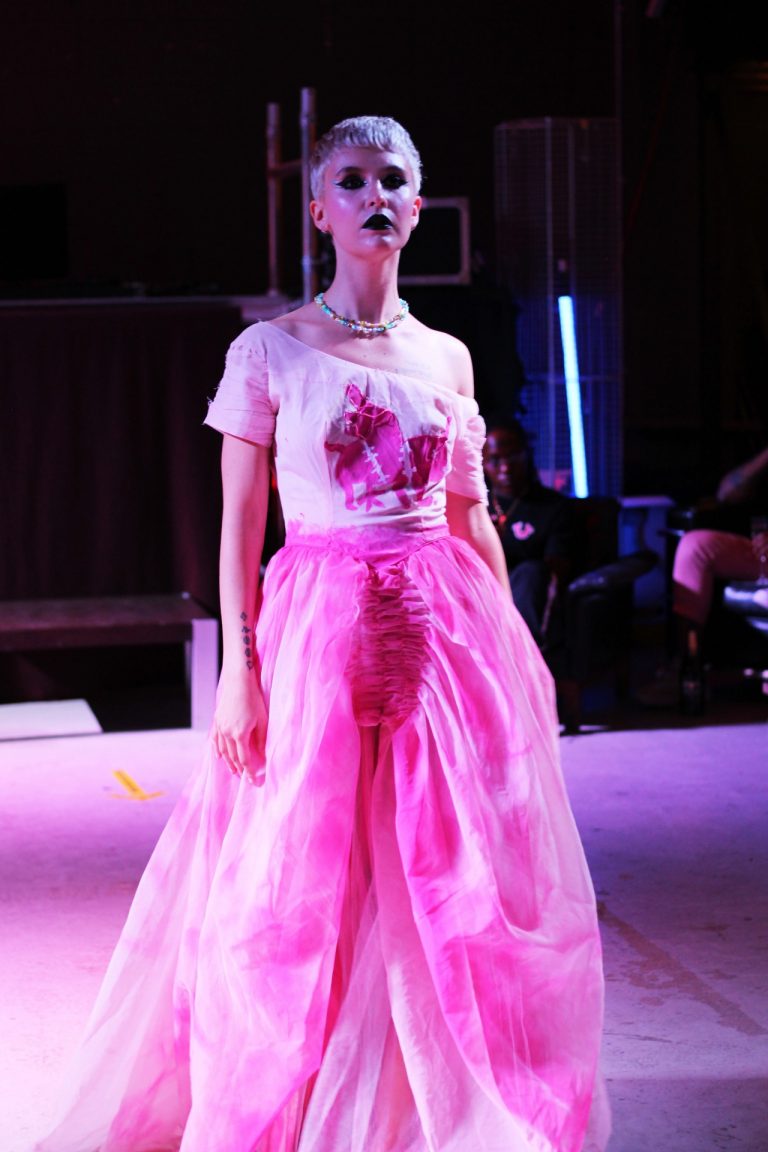 The airy venue of Paul Bert’s first runway show, entitled ‘Frau Troffea’, was buzzing with club kid-esque models running up and down the stairs half dressed, draping themselves over the balcony that overlooked the dimly lit runway or swaying lazily to the softly thudding music. The space was reminiscent of an American cult movie prom scene combined with a warehouse rave.

Blushed spotlights came down over the room as a frothy pink ball gown crept out onto the runway, the model’s movements emulating the erratic violin music before they both transitioned into an electronic throbbing. The inspiration of Paul Bert’s show came from a ‘dance plague’ that broke out in 1518, wherein a whole town uncontrollably danced to their deaths due to mania. Embodied by the models as they jerkily trembled and swaggered into the open space, a kind of deathly vibrance shrouded the show and the certainty of the mood increased with each model as movements became more exaggerated and skips turned into backflips.

Rose, lavender, bubble-gum and lilac toned ensembles, inspired by the sickly tones of those infected, carried themselves down the catwalk with bloody painted bare feet sparkling with flakes of chunky red glitter in a gruesome yet glamorous way. The name Paul Bert was splashed across each look in varying degrees of subtlety, from a blazing acid wash burned across the front of a garment to little “PB”s hiding in the creases of a skirt. Transitioning from gowns to tea dresses to tuxedos and then tracksuits, the intention of Bert’s designs remained unwavering throughout the show. Bold ruffles and boxy silhouettes captured an 80s like quality, but the unwavering colour palette and modern influences placed the collection firmly in the contemporary fashion scene.