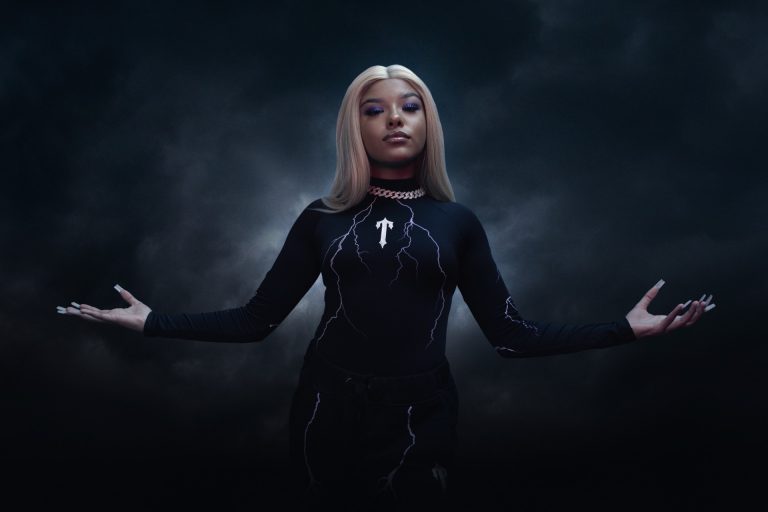 “We either have a problem, or we don’t, I don’t do the in-between”, proclaims Cardiff born and raised rapper Juice Menace when introducing her new single ‘No Speaking.’ Making it on to lists like One To Watch 2020 Artist, Triller’s UK creator of the month, Rap UK Spotify playlist, Juice deserves her place as one of the most determined UK rappers out right now.

Ever since her first single ‘Hardly,’ Juice serves a truth after another, “being a rapper is fun, but it’s definitely hard work, not just fun and games,” she announces. For a newcomer, Juice is aware of how talent is not everything; it’s hard work and determination that gets you places.

As she answers our questions, Juice is currently in London working on finishing touches for an upcoming release. “Feeling blessed”, she expressed gratitude for being where she is today and having the opportunities she has. Starting as a street dancer, Juice’s always loved music, plus her mom is a great singer looking up to East Coast Hip-Hop and R&B. “It was just natural”, Juice sums it up.

Always used to travel back and forth from Cardiff to London, Juice confesses, “Covid made things a bit mad, but it’s on my agenda”, she shares on her permanent move to London. Still eternally loyal to her birthplace, Juice credits Cardiff her work ethic: “My hometown is a huge influence on me. I definitely think my work ethic comes from being from Cardiff; not having everything at your doorstep made me work a lot harder”.

So far, 2020’s been quite the ride for Juice Menace. Taking on Aitch’s 101 Barz Freestyle instrumental, she got praised by the rapping legend himself. Her recipe is to let her music speak: “I just try to be myself, I’m not really bothered about trying to catch people’s attention like that I want the music to speak for itself, and hopefully people like it,” she says.

Her stage name, Juice Menace, the meaning behind the moniker is much more than you might think. As a movie nerd, Juice dives into it for us: “My name actually comes from two films, Menace ii Society and Juice. I’m a major film head. These were my favorites growing up. I liked how they didn’t glamorize the hood but instead teach you a lot about karma and being a product of your environment”.

All Juice Menace releases carry a message with lyrics where every line hits. She gives us the lowdown on what her songs represent: “‘Bounterfeit’ is about calling fake people out whilst being assertive and cocky. ‘Money Dance’ is a big female energy. It’s about having fun and getting paid. ‘Sundown’ is about working hard no matter what”.

Today, Juice returns with a new track ‘No Speaking’ that lets everyone know where her head is at. “it’s more about letting people know I don’t do drama like I’m not really a talkative guy, so we either have a problem, or we don’t I don’t do the in-between.”

Eager to go back and sell out her first headline show, Juice Menace hits at her debut project release coming at the end of the year. Keep your eyes out!