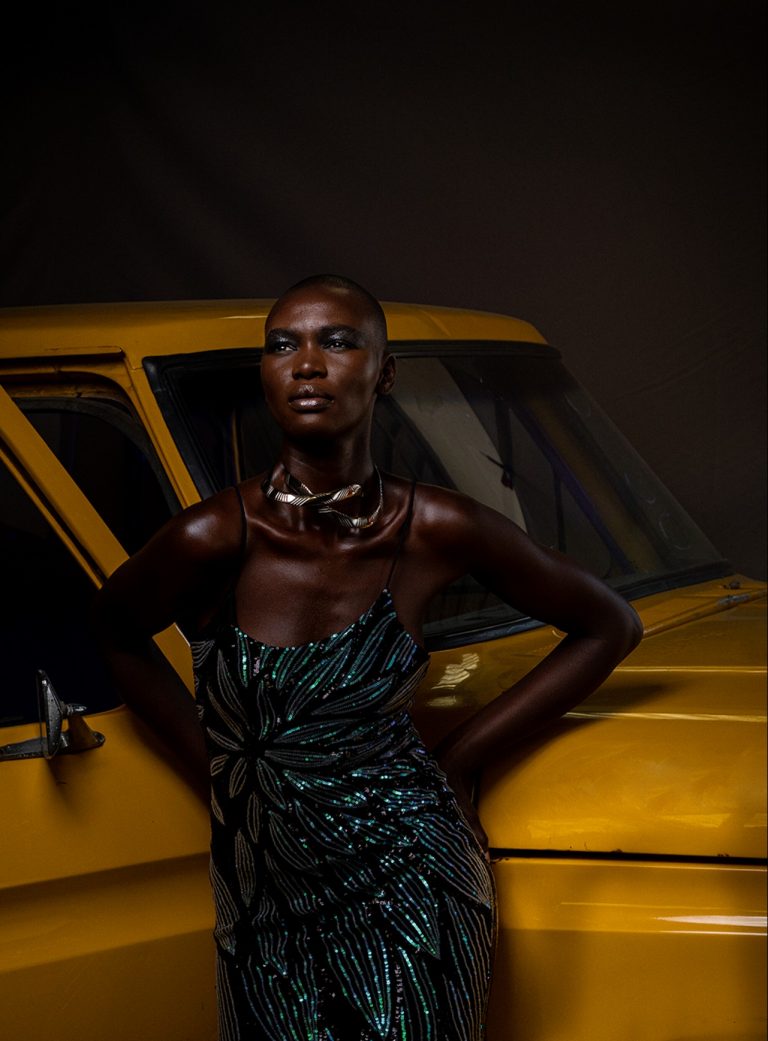 The Exquisite Artisanship Of PANAGA

South African based luxury brand PANAGA, is more than just a clothing line. It is a wholesome fusion of art,  family, faith, and exquisite artisanship. PANAGA is an abbreviation of the designer’s name – Clinton Osasenaga Idehen, merged with his late father. “PA” meaning “father” and “NAGA” meaning “God”. The brand focuses on refined design, tailoring, exquisite fabrics and neutral colour palettes.

Osasenaga Idehen grew up within a large and political family which has heavily shaped the brand’s DNA. “I was really influenced by my dad who died 4 years ago at the age of 83. He was always very detailed around the importance of being on time, being aware of time and being consistent in what we do”. His mother has also played a very important role by awakening Clinton’s love for textiles “My mum owned a textile company and I would go with her over time to work with her, learning the craftsmanship and ideas in combining colours and the feel of textures of the fabrics had me so Intrigued! I got drawn in and that’s how my love for  creativity and art began – basically through my mum”.

The designer’s wholesome childhood environment has led to the brand being completely inclusive by producing both mens’ and womenswear whilst ensuring all of their clothes are completely body size  inclusive.

“I believe fashion reflects time and recently it’s a direct reflection of what society is going through. We have  made it very important about the inclusivity of mens fashion, men have come to understand their own  individual style and fashion has become more inclusive in considering people who have a more  conservative style, plus size among other groups that were neglected.”

Though PANAGA appears effortlessly glamorous through their luxurious instagram page, Osasenaga Idehen  shares that “It is a notoriously competitive environment. I try to maintain a sense of humility and not sweat  the small stuff, it’s my job and even though it can be seemingly glamorous, it’s not, so I try not to get affected  by it all”.

PANAGA renounces fast-fashion and mass-production by focussing on timeless tailoring and rare materials. One of which is heavily used are rare black diamonds, symbolising eternal, flawless, and unchanging love. They are also associated with passion, action and energy. Intensive technological equipment are avoided to keep carbon emissions down so hand stitching a diamond embellished gown takes over 1500 hours in total.

The brand has also developed an exclusive and elaborate print referred to as the BIG FIVE featuring the lion, leopard, rhino, elephant and African buffalo. These five large African mammal species have historically been considered a feat by trophy hunters to bring them home Osasenaga Idehen explains “The BIG FIVE fabric theory gives a simple blueprint to understanding others, improving relationships by knowing why people tend to behave the way that they do. You can even use the theory to help better understand yourself and how to get along with others better than ever before”.

These rare elements are juxtaposed with traditional Houndstooth – “a type of broken check pattern usually  associated with rustic and countryside fashion. The Houndstooth is a unique yet subtle pattern, Houndstooth  checks are created by weaving alternating bands of four dark and four light threads in the warp and weft  directions in a simple 2:2 twill, which means that the weft threads are woven two over and two under the warp threads. It has been around for centuries and has never really gone out of style. In fact, it’s an intricate weave that has a subtle yet outgoing effect on the wearer”.

Many can agree that it has been a breath of fresh air seeing so many talented black designers arise,  especially over the past year. When discussing any challenges he may have experienced during his journey, Clinton shares “Just by being black, you are already targeted as being inferior so we have to do more and  prove ourselves at all times. I’ve always believed you have to work hard, no matter what. I kept my head to  the ground and got [the job] done. I will say the fashion industry is changing thanks to other powerful black creatives out there who have consistently made sure other black creatives are heard. To name a few:

NAOMI CAMPBELL: Consistently speaks about the inclusion of black creatives all over the world and has  always championed African designers and co-produced Arise Fashion Week in Lagos, Nigeria.

BRYAN JAVAR is the celebrity stylist you need in your back pocket to help you look and feel your best in any  occasion — from red carpets and awards, to daily street style looks. He is also a close friend and he is big on the importance of making sure ALL black designers are seen! “WE CONTROL THE NARRATIVE IN THE STORY THAT WE’RE TELLING, SO LET’S HAVE FUN WITH IT.”

IBRAHIM KAMARA is a British stylist and editor of DAZED FASHION MAGAZINE, who challenges conventional notions of menswear and masculinity with his distinctive African styling and art direction through his work for the likes of Stella McCartney , Burberry and Dior. He has also styled editorials and campaigns for brands including Dior, Stella McCartney and Nike. We’ve been friends for ages and we also did several shoots together VOGUE ITALIA, ID MAGAZINE and so many others.

Successful collaborations have proven to elevate brand messages and opportunities to cross over into other  sectors. “I would love to collaborate with KENNETH IZE in the future, Kenneth, I will say, is distinguished for  the authenticity of his creations, which are inspired by traditional African crafts and textiles from his native  Nigeria. The designer notably makes extensive use of a multi-coloured striped fabric, Aso Oke, which is made using a centuries-old weaving technique by the Yoruba people of West Africa”

PANAGA has a positive outlook on the future of fashion and predicts a rise in more African creatives, being  provided a platform to have their stories heard. Already worn by celebrities such as Yak Gotti, PANAGA is set  to flourish in 2021 with exciting projects and collaborations on the horizon.