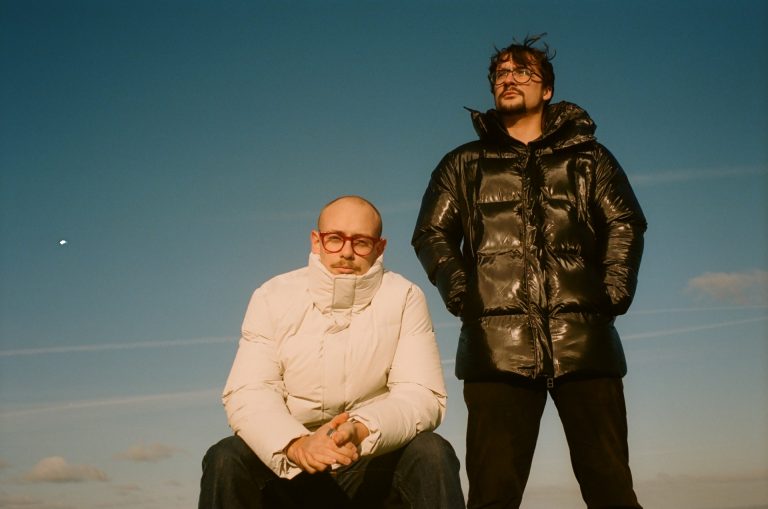 In Conversation With Frankie Stew And Harvey Gunn

The word is out. A Brighton-based duo Frankie Stew and Harvey Gunn, announce their upcoming project, ‘Handle With Care,’ now available for pre-order. Including the current single ‘Tears On My Window’, it will feature seven more tracks. The duo put together a playlist of tracks that helped them get through lockdown, exclusively for Noctis.

I wanna go higher and leave this place (Where have you been?)

When we’re allowed out

I hope I can see the stage (Babe, stay with me)

Not as much as I wish I could see your face

What sets Frankie Stew and Harvey Gunn apart from other artists is their willingness to dig deeper and contemplate questions and fears people tend to keep for themselves. It is rare when a rapper and a producer secures a connection of such a level; the artists feel secure enough to uncover their deepest secrets. Frankie and Harvey solidified this bond years ago.

“We must’ve been about 15/16 years old when we first met; we’ve been good friends and making music together ever since”, they say as we began discussing the importance of this special connection between the two. As any other teenager, you dream of the life you will after school ends. Frankie and Harvey dreamt of the life they have today. Slowly but surely, they spent the past decade working their way up as a DIY duo.

The key to their symbiotic relationship lies within producer Harvey’s richly textured beats that offer an upbeat swing courtesy of U.K. garage drums that perfectly compliment Frankie’s reflective and heartfelt lyrics, which often touch upon subjects from coming of age to his mental health.

Reflecting on their previous inspirations, throughout the years, they stuck with their roots. “Our early musical influences were mostly UK-based artists, whether that’s UK hip hop, garage, grime, or even some indie stuff. I was into all of it, still am to this day, to be fair”, they say.

Up until their 2020 project ‘Breathing Exercises’, the duo kept their entire creative process behind the doors of their bedrooms. ‘Breathing Exercises’ is their first album created in a recording space in their hometown. They share: “Yeah, most of our early albums were all created in our bedrooms. We started making music way before we could afford a studio. But it didn’t matter, we made some great music back then, and I think we even buzzed off the fact it was all done in our rooms”.

Besides the recording space, ‘Breathing Exercises’ presented another milestone for Frankie and Harvey’s career. They decided to quit their day jobs and put all their time and energy into creating the album. As we established their DIY nature, their live shows were no different. Fans would gather after the performance and celebrated the pair’s talent. Their constant support crystallized what they already knew – music is what they are destined to do. Frankie and Harvey elaborate: “Music has always been both of our passions, and we’re forever grateful that it helps some people. That means the world to us. Being able to do what we love for our jobs is a blessing, and I’m happy that we finally took that leap”.

Don’t wanna beat myself up

I need help up

When people think they’re helping I feel held up

Yeah it’s hard but, I can change

I turn my phone light off ’cause you light the way

Frankie raps on ‘Dream Factory’ out of ‘Breathing Exercises’. Lyrics like these require absolute vulnerability and create a level of relatability that is not left unappreciated. Frankie talks about his lyrics: “I guess, I’ve always written about my feelings in music. It helps me get things off my chest; if it helps other people along the way, then that’s a huge bonus”.

Counting the days until the new Frankie Stew and Harvey Gunn project ‘Handle With Care’ is out, due to be released on March 19th. We asked Frankie what themes we could expect; he replies: “The most important messages to take from ‘Handle with care’ are to just care for yourself a bit more, take more time for yourself and make that a priority. We have to look after ourselves now more so than ever”.

After listening to ‘Handle With Care,’ you will probably feel like the duo managed to get access to your mind without your permission. As most of the world is going through something significant like a global pandemic, we all have been struggling with similar things. That being said, Frankie stresses how it had to be talked about: “Everyone’s been in this together. We didn’t want to look back on the music I made during this pandemic and think what we were making didn’t reflect the times. I touch upon everything that I’ve experienced and gone through in these challenging times. We hope the music comes across like this”.

We’re slowly approaching a year of being stuck at home. The duo shares their perspective on things: “The first lockdown was great, we actually both lived together with a few friends, and it was in the summer, I would say as the weather gradually got worse, so did the lockdown situations.”

From recording ‘Breathing Exercises’ in a studio, Frankie and Harvey decided to change things up for ‘Handle With Care’ as their location ended up being a barn on a farm. Frankie reasons: “We went to the barn to just get out of the city for a bit. I always like writing music in places I’ve never been before. You get a new sense of inspiration that you can’t get in your normal studio”.

As a final note, Frankie adds:” ‘Handle With Care’, the intro song I found especially hard to write. It’s incredibly honest, and it’s hard to sometimes talk about those things, but in the same sense, I found it super necessary”.

On March 19th, Frankie Stew and Harvey Gunn release ‘Handle With Care’ that you can now pre-order here. As an exclusive, the boys put together a playlist of songs that helped them get through lockdown. You can listen down below.