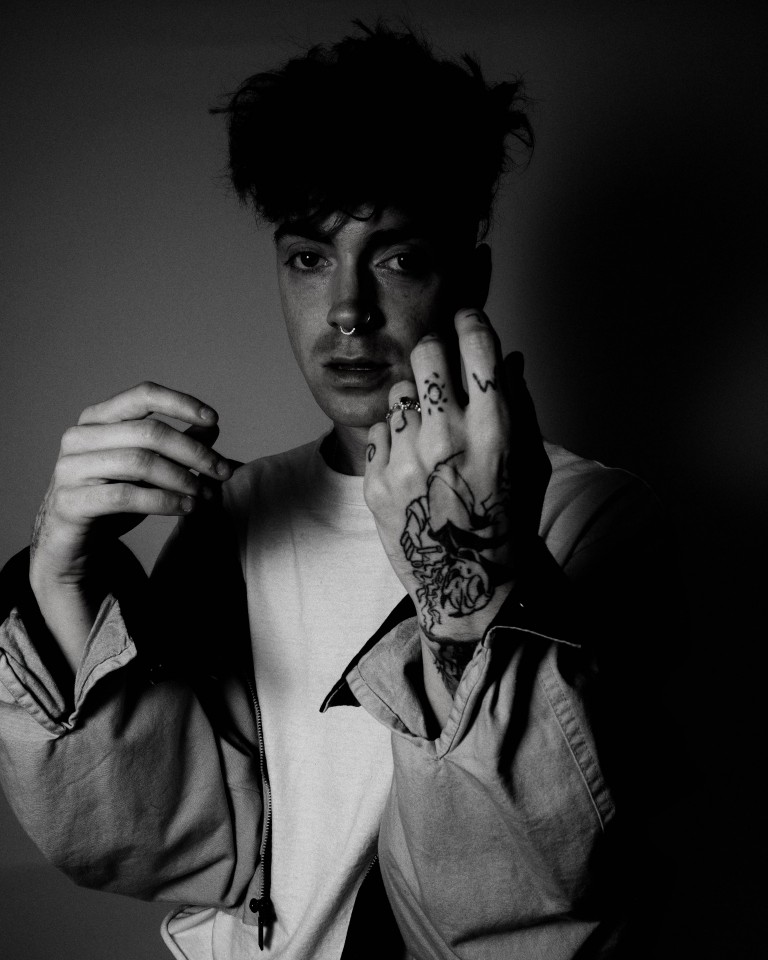 93FEETOFSMOKE is a singer, songwriter, producer, and guitarist from Virginia who now lives in Oregon. He, like the legendary Huddy and other pop-punk musicians, fit into the wild corners of the internet (where memes serve as gospel), 93 is just as at home on the D.I.Y. stage of a sweat-soaked underground gig IRL.

Guardin appears in his most recent instalment, ‘Nightmare’, which was co-written by Nick Bailey (who worked closely with Machine Gun Kelly and Trippie Redd). This nostalgic anthemic emo rock ballad from the 2000s boasts an inventive electronic production and showcases soulmates’ unending love and passion.

“It’s a big twist of culture,” he explains. “My music is the intersection of skateboarding, fashion, the Crunk-era, and pop-punk. It’s all uncut and unfiltered. I’m not trying to control everything and make it perfect and pristine. It’s a less-perfect vision of everything. I need to allow things to be the way they are. It’s real.”

He bought a $99 starter guitar with a small little amp in third grade, but he wasn’t attempting to “read ‘Let It Be’ on freaking sheet music.” He ultimately joined the jazz band in junior high after being thrown out of many local ensembles for not wanting to stick to the script.

As a result, he skateboarded a lot. He became involved with the underground club scene in North Carolina while in college, loving drum and bass and training himself on Ableton. He began by producing for his pals before adding his own vocals. Numerous concerts followed, as did a cult following. “I was just yelling my head off over loud 808s and weird beats,” he states. “Because people showed up, it gave me the confidence to keep going.”

93 could’ve easily materialized in the late nineties, but his movement actually bubbled up in 2014—and it quietly boiled over by the time he signed to Photo Finish Records eight years later. With hundreds of millions of streams and plays, a rabid following, and acclaim from Earmilk, Elevator Magazine, and more, he shocks his vision to life like never before on his 2022 full-length debut album, ‘GOODGRIEF’.

Finally, 93FEETOFSMOKE is unlike anything else you’ve heard, which is why he connects. “I hope the sound is constantly surprising and new,” he concludes. “At the same time, this is 93FEETOFSMOKE’s most refined and mature form.” It’s everything I’ve been striving for.”