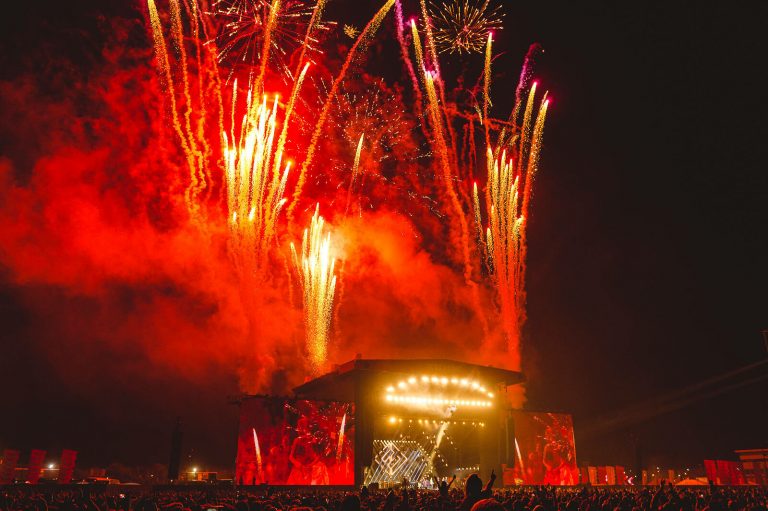 Acts You Won’t Want To Miss At Reading Festival 2021

Festival season is back and better than ever! After a year of lockdowns and virtual concerts, a summer of live music, dancing outdoors in questionable weather and shouting your favourite lyrics at the top of your lungs is exactly what we needed. Taking place from 27 – 29th August 2021 to round off an incredible month of live music we have possibly the UK’s best known festival, Reading Festival, with an incredible lineup including headliners Stormzy, Post Malone, and Liam Gallagher, and many, many, more.

Want to get the full Reading experience? We’ve highlighted some of our favourite acts performing across the weekend and put together a round-up of artists you won’t want to miss, from rock to rap and electronic.

One of the fastest rising artists in British music over recent years, Ivorian Doll burst onto the scene last April with breakout single ‘Rumours’, a track that has accumulated over 14 million combined streams across Spotify and YouTube, firmly placing IVD on the map as one to watch. Soon after, she featured on the official remix of S1MBA’s Platinum-selling single ‘Rover’, with the remix pushing the track to #3 in the UK Singles charts. This was followed by her next single ‘Body Bag’, a menacing drill banger that accumulated a range of radio and press support.

Continuing her ascent, she received a MOBO nomination for ‘Best Newcomer’, made her acting debut in short film Hallelujah To My Striker, amassed over 2.2 million YouTube streams for her Daily Duppy and delivered a killer Fire In The Booth freestyle for Charlie Sloth on Apple Music.

More recently, she has been nominated for GRM Award’s Female Artist Of The Year this year, and also linked up with Tayna on hit single ‘WTF’, racking up 8.7 million YouTube streams in the process. She features on Duran Duran’s forthcoming album too.

Taking the world by storm, Dom Dolla has become best known for singles such as  ‘Pump The Brakes’ ‘Take It’ and ‘San Frandisco’. Quickly pricking the ears of tastemakers far and wide, Dom was named Pete Tong’s ‘Future Star’ on BBC Radio 1 and has garnered support from BBC R1’s Danny Howard and was named a ‘One To Watch’ by Billboard. Having garnered over 300 million streams across his releases to date, Dom Dolla has become one of the most sought after producers, delivering official remixes for Purple Disco Machine’s ‘Body Funk’, and Dua Lipa’s ‘Don’t Start Now’. Dom played an incredible 125 shows globally in 2019 including some of his biggest performances to date at Coachella, Tomorrowland, EDC Las Vegas and many more.

The Kid LAROI recently teamed up with no other than global multi-platinum superstar Justin Bieber to release ‘Stay’ which hit #2 in the UK charts. Following a year of notable success and a SNL performance debut stemming from the R.I.A.A certified platinum breakout hit ‘Without You‘, as well as F*CK LOVE (SAVAGE), At only seventeen years old, The Kid LAROI made waves with his first major label mixtape F*CK LOVE. Managed by SB Projects, home of Justin Bieber, Ariana Grande and other notable artists – The Kid LAROI continues to show incredible promise and vocal ability as he leads the artists to watch conversation with his critically acclaimed repack of F*CK LOVE (SAVAGE). After receiving many notable nods and co-signs from his peers, LAROI is well on his way to becoming a household name.

DJ/producer Noizu has had one of the biggest hits of this summer with his single ‘Summer 91 (Looking Back)‘. The club-ready anthem was on A List at BBC R1 and Capital, was Annie Mac’s ‘Hottest Record’ on BBC R1 and garnered key tastemaker support from the likes of FISHER, Diplo, Green Velvet and more.

Amassing over 1 million worldwide album sales and over 907 million worldwide streams, Nothing But Thieves have built up a loyal and wide following for their impactful alt rock sound, cementing themselves as one of the best current rock bands in the world. Selling 150,000 tickets on their last album campaign, which included a sold-out show at London’s Alexandra Palace and selling out their entire worldwide Broken Machine headline tour, their success has been global. The band have performed on US TV shows, such as James Corden and Jimmy Kimmel, after their debut became the bestselling debut from a UK rock band in the US in 2015 and played packed out international shows from Poland to Amsterdam, where they headlined an arena to 6,000 fans. The band recently shared their new 5-track EP Moral Panic II and have announced a UK tour taking place between August – October 2021 which will see them perform across Oxford, Norwich, Liverpool, Belfast, Dublin, Plymouth. Cardiff. Birmingham, Glasgow Manchester, Nottingham and o2 Arena, London on 8th October.

MK continues to go from strength to strength throughout his illustrious career having recently unveiled his smash hit ‘Chemical’ which was crownedBBC Radio 1 ‘Hottest Record in the World’ by Annie Mac, ‘Essential New Tune’ by Pete Tong and ‘Jam Hot’ by MistaJam on Capital Dance at the time.

With an unrivalled work rate MK, earlier in the year, starred in a new global ad campaign for Jaguar Cars, a career defining moment by any standards and is just about to embark on his mammoth tour of Europe and North America spanning no fewer than 25 dates. More recently the prolific producer also just released his reworked version of Celeste’s hit ‘Stop This Flame’.

Having worked with and remixed, so many forward thinking artists along the way, including Calvin Harris, Will Smith, Mark Ronson and Ed Sheeran to name a few, MK has managed what so many producers strive for a lifetime to achieve; to create a sound that is unique, yet accessible; varied yet recognisable.

Fresh off the back of the huge success of single ‘Good Without’ and ‘Dumb Love’ which saw her notch up 10 weeks in the UK Top 20 (including two in the Top 10) and get a Top 10 radio airplay position. It was A listed at both Radio 1 and Radio 2, was Scott Mills’ Track Of The Week and saw her perform at Radio 1’s Big Weekend via BBC Introducing. She has also just completed her debut TV performance on ELLEN. Watch HERE.

London grime punks BOB VYLAN can today announce a headline UK tour through late July and August 2021. Having recently played their first show in over a year at the Bigfoot Festival, this tour is to celebrate last years hugely acclaimed and much celebrated ‘We Live Here’ album, and will see support from the brilliant Witch Fever and Zand.

‘It’s been a long time coming! This tour is for everybody that’s been patiently waiting to experience our album ‘We Live Here’ live. We can promise it’s going to be a wild ride and we’ve picked some incredible artists (Witch Fever & Zand) to join us on this trip! With live music taking such a hit during the pandemic we were sure to pick venues that serve the community they’re part of and we’re excited to get out and bring The Church of Vylan to the people!’ – BOB VYLAN