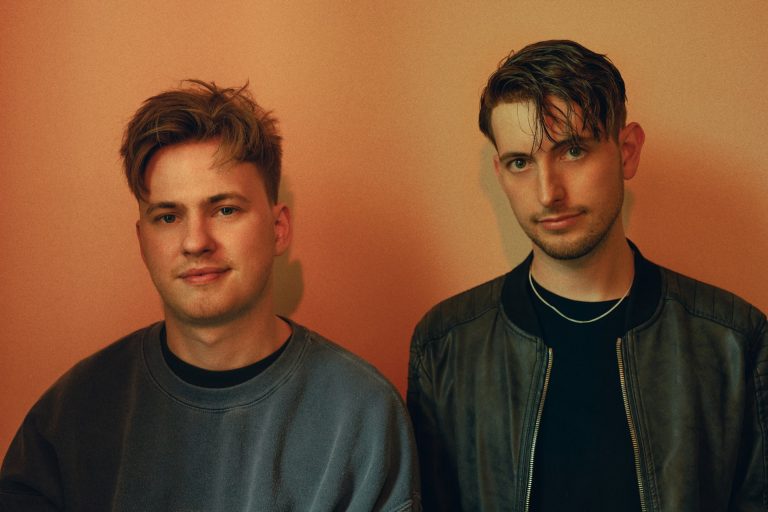 Despite only kicking off their career just last year, production duo NOISE NETWORK have already released a handful of EPs and singles, cementing themselves as one of the most exciting up-and-comers to follow within the electronic music landscape. Based in London, the production duo is made up of musicians Mike Dunne and Alastair Batchelor, who since launching the duo project have hit the ground running, signing tracks to buzzing labels such as EMI, Pretty Decent Music and Ninja Tune, and watching their music land featured spots in short films, international gaming competitions and brand campaigns, most notably Bud Light’s “Boxheads” with the England football team.

NOISE NETWORK have made sure to keep themselves as busy as possible this year, sharing EPs such as ‘Legend,’ ‘Asimov,’ ‘Zabimaru,’ and many more. Without letting any time go to waste however, they released the bright single “Let It Go” and announced their debut album, an ambitious project that has now finally been released in full. The diverse yet compact body of work is fittingly titled ‘Explorers,’ spanning over 8 tracks and serving as the cultivation of NOISE NETWORK’s true artistic direction: a truly genre-bending experience from start to finish.

Summer anthem “Let It Go,” which was released earlier in August, made for a perfect introduction to NOISE NETWORK’s vibrant sonic world, with the rest of the album being equally as fitting. “Skylight,” the album’s second single, is an electrifying future bass track fuelled by bright melodies, a catchy arrangement and palpable energy, while the rest of the tracklist does an amazing job at keeping listeners engaged as well. Songs like “One And Only” perfectly combine melodic dubstep with heavenly melodies and vocal samples, “Desire” offers an immersive combination of tropical house and UK garage with its deep basslines and plucky melodies, while “Smoke Signals” takes listeners through a vibrant journey filled with uplifting drums, expert vocal chops and impactful brass stabs. “Darkest Blue” and “Stargaze” on the other hand act as perfect closers for the album, completing this impressive body of work that will certainly be appreciated by legions of fans and listeners across the world.

“We love to play around with different sounds crossing between styles, such as blending dance music with more organic elements, melodies from chopped vocals and contrasting atmospheres from a variety of sampled sounds,” explain NOISE NETWORK. “With each track in this album, we wanted to create sections that opposed each other in terms of sonic palette and energy, flipping between bold electronic drops and reflective piano, strings, textures and pads. We’re usually busy creating other music in styles ranging from 80s synthwave to classical crossover and organic electronica, so we took this opportunity to indulge our passion for more audacious future bass, trap and even some dubstep, all connected with a sense of contrast and exploration.”

There is no doubt that NOISE NETWORK are only getting started and have plenty more to offer to the world of dance music. With powerful music and visuals, combined with a distinct identity, only time will tell how far the duo will go, yet we’re certainly looking forward to watching the journey as the pair continue to leave their mark within the scene.