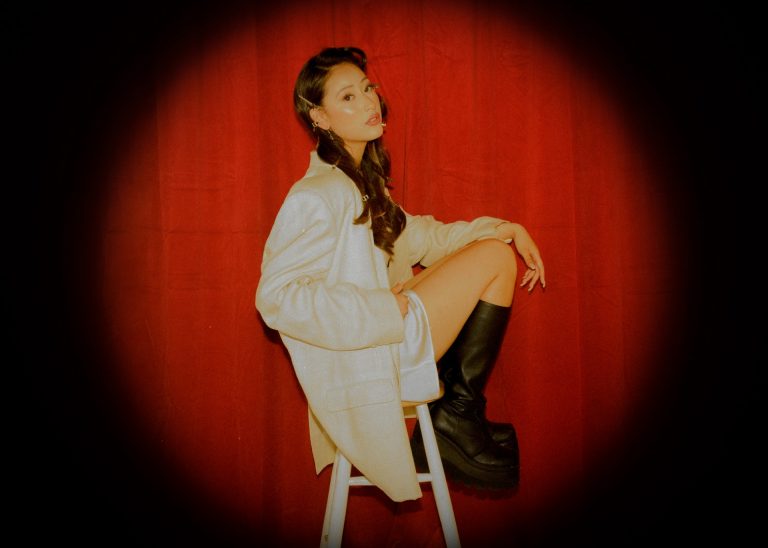 Toronto based singer-songwriter Alex Porat has been taking the music industry by storm over the last 12 months, and with the recent release of her mini album Miss Sick World, it’s clear to see why.

Known for her honest and insightful lyrical style, the collection of nine tracks sees the artist tackle social issues such as racial prejudice and gender norms in a totally fearless manner. Alex has also honed an alt-pop aesthetic that’s at points nostalgic and at others, completely next wave. Miss Sick World plays with this vast array of sounds which ranges from dance-worthy jams, to the occasional trap-infused spin on modern bubblegum pop. The mini album represents both a sonic journey as well as a cultural one, and it makes for a landmark moment for Alex.

Given the mark Alex has already made on the music world, it’s easy to forget that she’s only been releasing her own music for just over a year. A product of the digital age, she built a profile through Youtube, where her unique vocal ability shined through singing covers. However, last year Alex showed just how easy she found the transition into writing her own material with hit singles ‘Don’t Watch Me Cry’ and ‘All I Want’. Given its personal connotations, Miss Sick World looks set to propel the artists career even further.

Now, totally comfortable in who she is as an artist, Alex set out for this project to be her most personal to date, showing the world her true self. Driven by a burning passion for her Asian heritage and it’s complete under representation in the music industry, the artist aims to open the door for other artists from minority ethnic backgrounds. Accompanying the release of Miss Sick World, we spoke to Alex about the creative process behind the mini album.

Hey Alex, thanks for taking the time to speak to us today. At what point did you start making music?

I wrote my first songs when I was a pre-teen and got my first guitar. I remember wanting to be a songwriter like Taylor Swift, so I’ve wanted this for a really long time, and it feels like I’m doing what I always wanted to do.

You managed to build a significant profile through Youtube by singing covers. How important was that period in your development? Did you ever expect it to be so popular?

It was really important to me to build a connection with people through music and this was my way of gathering an audience for myself. I also really wanted to build a global family that had no boundaries so using an online platform I knew could reach further than what I could see in front of me was important. Without my YouTube channel I wouldn’t be as far as I am today, it really taught me that perseverance plays such a large role in reaching your goals.

You’ve been releasing your own music for just over a year at this point, making huge progress in that time. How natural was the transition from singing covers to writing your own songs?

The transition was a new feeling, but it felt so good. Sharing my music is a big step for me emotionally. I got really good at hiding behind masks of what I built myself using covers of other people’s songs. Now, I feel totally transparent, and I’m a pretty open book in real life, so I’m glad that I get to finally share that side of me with everyone.

You’ve recently released your mini album miss sick world, arguably your most significant release to date, what was the creative process like behind the project?

The creative process had so much variety. It went from real life sessions in Toronto and LA to zoom sessions. It’s witnessed me go through ups and downs and it’s seen me grow into the person I am now. I’ve really tried to let myself be as vulnerable as possible when writing them.

Was there any particular inspiration that fuelled the direction behind the mini album?

Miss sick world is about facing a bunch of obstacles to reach your goals in a world that’s kind of waiting for you to fail. The general feeling of the mini-album for me is that it’s kind of my first big step into the world. Because it’s such a big step for me, I want every song to feel like someone’s reading a chapter of my life and hopefully someone out there feels a bit more seen while listening.

Sonically, miss sick world is rather diverse, effortlessly moving between dance-worthy jams, alt-pop and the occasional trap-infused spin on modern bubblegum pop. Was this a natural creative outcome or did you purposefully set out to take the listener on a genre blending journey?

I would love to say I set out to create the journey but because I was writing true to the moment it just naturally fell in place and became a diverse project. It’s been such a weird year and so much of the writing was done during the pandemic and during a time when I felt closest to myself. I’ve never felt more in tune with myself than this last year because of all the time I’ve had to myself.

The mini album is your most personal release to date and throughout you show your true true self to your fans. How important is that sense of honesty to your songwriting style?

So important. I want everyone listening to feel like there’s something in there they can relate to. That’s really how I connect with people emotionally and it only works when the song comes from a place of honesty. I truly suffer from my emotions and feel them so strongly that it’s my main way of coping with things that happen in my life. Whether it’s from a break-up, a bad date, an anxiety attack, I’m here to share that because it’s how I deal with things.

You’re quickly working your way to the top of an industry that falls short on Asian representation. Is your heritage something that fuels your artistry? After all, your success and visibility may well open the door for others to do the same.

It definitely fuels me and honestly gets me out of bed some days. I feel so connected to my heritage and I’ve really grown up with such a colourful life and I almost struggle to understand why we’re so short of Asian Representation because I’ve always been such a fan of the media and entertainment that’s originated from Asia. It’s painful to realize that in North America we lack so much Asian representation, but we are finally making progress and there are artists already paving a way to a more diverse future. It’s true, any progress we can make in North America is a win for future Asian Americans and I’m going to continue to show up and do what I can to help.

What can we expect to come from you in the near future?

I’m doing my first shows this year performing the music from this mini-album and then maybe a collaboration or something!