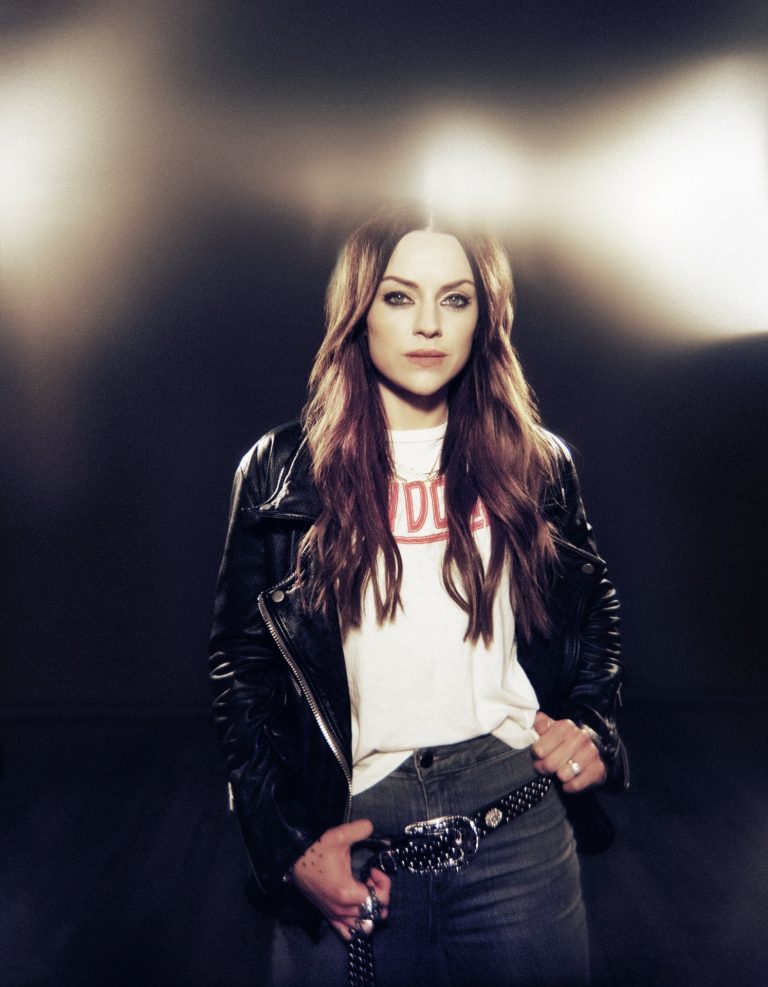 “Yet another day in lockdown, the same as all the others,” says Amy MacDonald as we check-in with the Scottish singer/songwriter. Responsible for the voice behind the 2007 mega hit ‘This Is The Life,’ MacDonald releases visuals for her new single ‘Statutes’ out of her most recent album ‘The Human Demands.’

Let’s get some stats in to understand the magnitude of Amy Macdonald’s success. Six million album sales, four top-five studio albums, two of which hit the UK number one. Currently switching between Zoom interviews, lifting heavy weights, and her Peloton bike, Macdonald recalls a Michael Jackson show that started it all. After, she picked up his dad’s guitar and did not stop until her fingers bled. With the help of a fake ID, Amy Macdonald got to share her talents at open mic nights and got instantly hooked on applause and never looked back.

Noctis checks in with Amy Macdonald to get an insight into her life, how was ‘This Is The Life’ made, and the story behind the new material.

How do your days look like? What are some activities that you picked up over the past year?

Well I try to keep as active as I possibly can around what we’re allowed to do, so as well as going out for walks and going to the supermarket, I’m staying in working AKA doing a lot of interviews on Zoom, and I sweat my ass off in my kitchen on my Peloton bike or in my garage lifting ridiculously heavy weights. I love weightlifting and my favourite thing is an Olympic barbell. I usually go to the gym and I can’t cope without it so as soon as lockdown started I realised I needed to get one. It gives me a sense of structure because I go out and follow my little routines and it has really helped me.

How did you discover your passion for music? Do you remember when you knew you wanted to pursue music as a career?

I discovered my passion for music through Michael Jackson. He was my first musical love and his was the first concert I ever went to. My mum worked in William Hill bookmakers and they had a touchtone phone before anyone else had them in their homes. My mum was able to get through on the ticket hotlines instantly because of the touchtone phone at William Hill. She got these tickets for Michael Jackson in London when I was four and my parents took me and my sister. I don’t really remember much of the concert but I remember being very excited and I think that is where my love of music began. As for pursuing a career in music, I suppose that came after I wrote my own songs and started to perform them live. I used to perform at open mic nights, often using fake ID to get into pubs where you needed to be over 18 to perform, and the reaction I got from performing my own music live got me hooked.

How did you first get started?

My dad played guitar a little and, when I was about 12, I was listening to a lot of guitar bands like Ocean Colour Scene, Oasis and all the British pop bands. I desperately wanted to play guitar so one day I took my dad’s guitar up to my bedroom –  I’m not sure I even asked – and started to try and teach myself. I found that I loved it. I would come home from school every day and play it until my fingers bled because I was so determined to play along to my favourite songs. It eventually got to the point where I was able  to play along to them which set me off writing my own so it’s possible that if my dad hadn’t had that guitar in the house I might never have started to write my own songs. Singing came to me later on though. My parents have very incriminating video footage of me warbling along to Heal the World by Michael Jackson.

What is your mega hit ‘This Is The Life’ inspired by?

It’s a song from my first album and it has basically changed my life. I wrote it when I was about 16. I had been to a concert with my friends, then on a night out using fake ID. I got home in the early hours and obviously my mum was raging. I spent most of that day holed up in my bedroom but I had my guitar and I wrote this song that was essentially about the brilliant night out I’d had with my friends and how lucky I was to have these great pals and be able to make these great memories.

‘This Is The Life’ circled around the whole world, did you expect it in any way? When writing the song did you know you were creating a hit?

The song did well here but really took off all over Europe. In 2008 it was number one in the Netherlands and that started the ball rolling. It shot up the charts everywhere and you couldn’t go anywhere in 2008 and 2009 in Europe without hearing it every single place you went. It gets played on the radio across Europe just as much now as it did then so it has become one of these songs that has never gone away. It’s funny because I sat there and wrote that song but it seems like it has a life of its own now.

It has changed everything about my life. It has given me this career and a great fan base. It has meant I am comfortable, my family are comfortable. I’ve been able to buy my parents a house and I’ve been able to buy my friends a house and cars and things like that and it all stems from that song. It totally changed everything and I will forever be grateful to it.

What is the backstory to your most recent project ‘The Human Demands’? What are some themes you touched upon?

My songs are usually about my own experiences or those of my friends and family – I get inspiration from real life and the things that happen to people. I think it’s really important to tell stories that other people can identify with, and maybe even take comfort from as they’ve been through the same thing. I toured every year since the last album came out, apart from 2020 obviously, and also needed to take some time out in between tours to live life a bit – no one wants to hear songs written about tour busses and dressing rooms, so I need to live some life outside of touring if I’m going to write songs that people want to hear! The underlying theme for this record I guess is dealing with the modern world and how it can feel like we’re always connected and are expected to be constantly available, whether it’s our phones, emails, social media, it’s impossible to escape sometimes! Also the pressure we put on ourselves to be or look or act certain ways, because of what is fed to us on social media, it’s a lot, it can be really stressful!

What message did you want to get across with ‘Statues’?

I don’t know if there’s a message really, it was a song I wrote with Thom Kirkpatrick who is one of my touring musicians, we were just chatting about the places where we came from, and the idea that bollards on your old street could look like Statues of the children who live/lived there and the song just came from there. I think anyone can identify with it, and the beauty of music is it will conjure up different imagery for everyone who hears it!

What are your favourite memories from your family house that you sing about in ‘Statues’?

Probably Christmas times from when were kids and my Nana was still alive, she was Mrs Christmas and got us so excited for it. You see old home video footage in the video for my song about her called ‘This Christmas Day’

Now that live performances are only something we reminisce about, what was your favourite show?

Man I’ve played so many shows that’s such a hard question to answer! Playing live is my favourite part of what I do, and I have so many amazing memories of playing all over the world, and hanging out with the best people. My band and crew are like a family to me and we always have such a laugh when we’re on the road together. I think my favourite show recently was an outdoor show for Radio 2’s Biggest Weekend at Perth in Scotland. We had a slot in the afternoon, and I could tell at the start of the set not everyone there knew who I was, but by the time we finished the whole place was rocking, the reaction from the audience was incredible and the hosts were all losing their shit! I just love the feeling of turning up and blowing people’s minds with my live show, it’s the best!

What do you have planned for this year?

Just waiting to see how this all pans out in the world. I was supposed to be on tour in April and May but we’ve had to move those shows, with any luck we’ll be able to get out and do some gigs this year but we’ll just have to wait and see what happens. Until then I’ll keep on doing my thing at home!